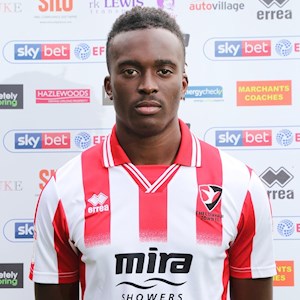 Cheltenham Town completed the signing of exciting full back Joshua Debayo in July 2018. He joined the Robins after leaving Leicester City at the of the 2017/18 campaign.

The Nigerian defender started his career in London with Fulham and Chelsea before moving to Southampton in 2013.

Debayo later joined Leicester City and spent two seasons playing in the Under-23 set-up at the Foxes.

He spent a part of the 2018/19 season on loan in the National League with Dover Athletic.