The Robins fell to a 4-2 defeat away from home against league leaders Plymouth Argyle.

Alfie May and Taylor Perry's goals proved insufficient for Cheltenham, who left Plymouth with no points.

The Robins had a chance early on with James Olayinka who missed the target on the volley from inside the box.

Charlie Raglan was called into action as he made a vital block to ensure that former Robins midfielder Finn Azaz didn’t get on the score sheet.

The home side would take the lead in the first half with Dan Scarr turning in a cross at the back post.

Argyle would double the lead soon after with Hardie driving the ball into the bottom corner from just outside the box.

The Robins looked to get one back soon after with Olayinka playing in Will Goodwin whose shot went painfully wide of the far post.

Just before half time, Will Ferry broke away down the left and played in an inviting ball that Perry met to pull a goal back for the Robins. 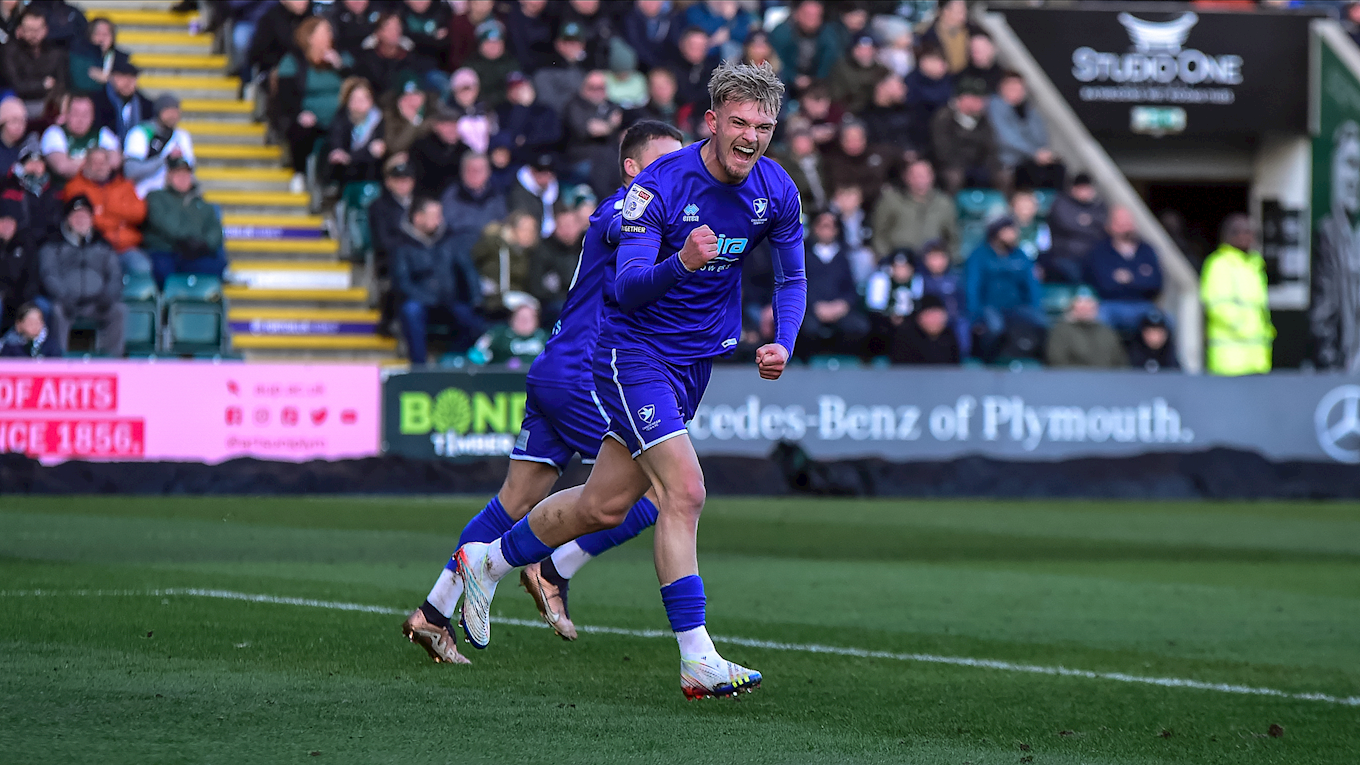 A good breakaway in the second half saw Ryan Broom through to win a corner, the ball was sent into the box before going just wide from Charlie Raglan.

Plymouth would add a third in the second half with former Robins man Callum Wright running through to add a third for Argyle.

Not wanting to accept defeat, the Robins surged forward on a counter attack with Olayinka playing a perfect through-ball to May who tucked the ball into the bottom corner.

As the Robins searched for a leveler, Plymouth countered and eventually made it four as Sam Cosgrove tucked the ball home to round out the scoring. 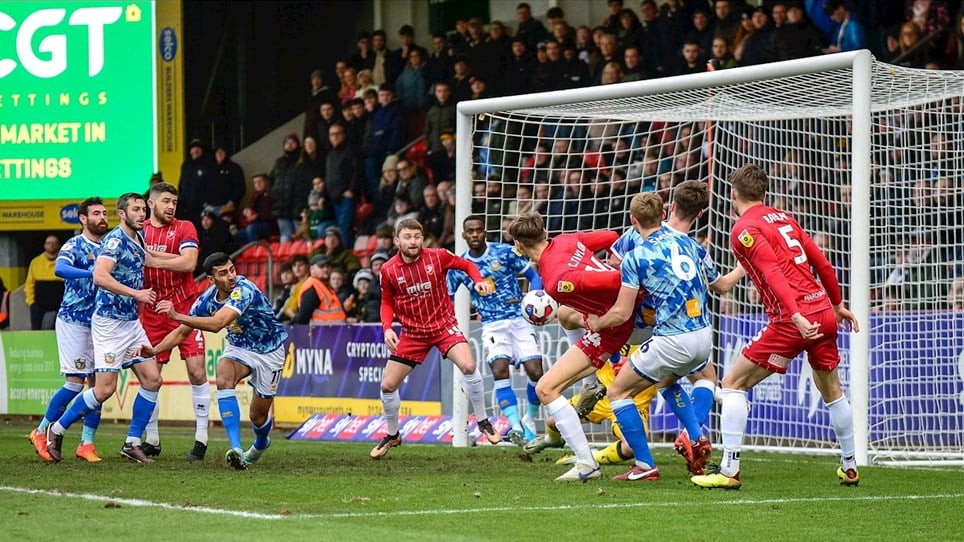 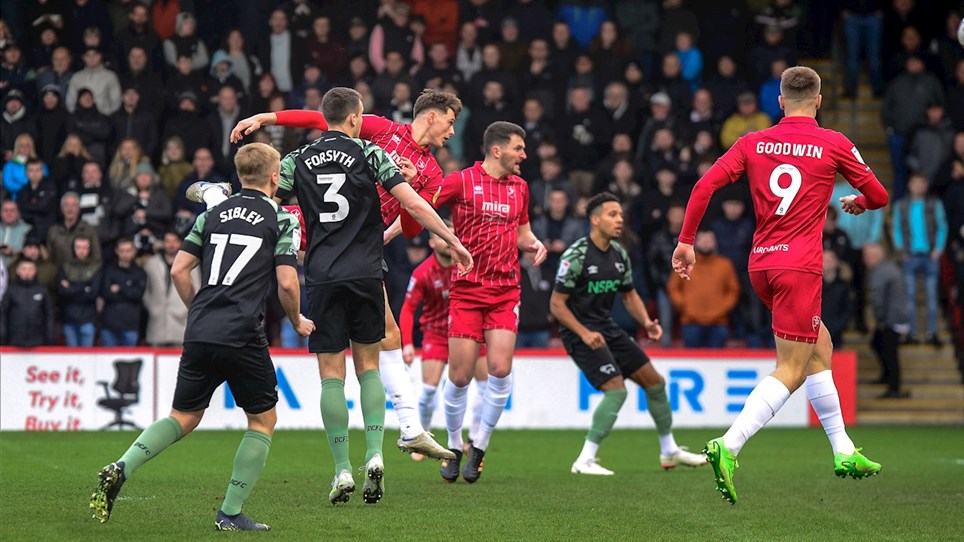 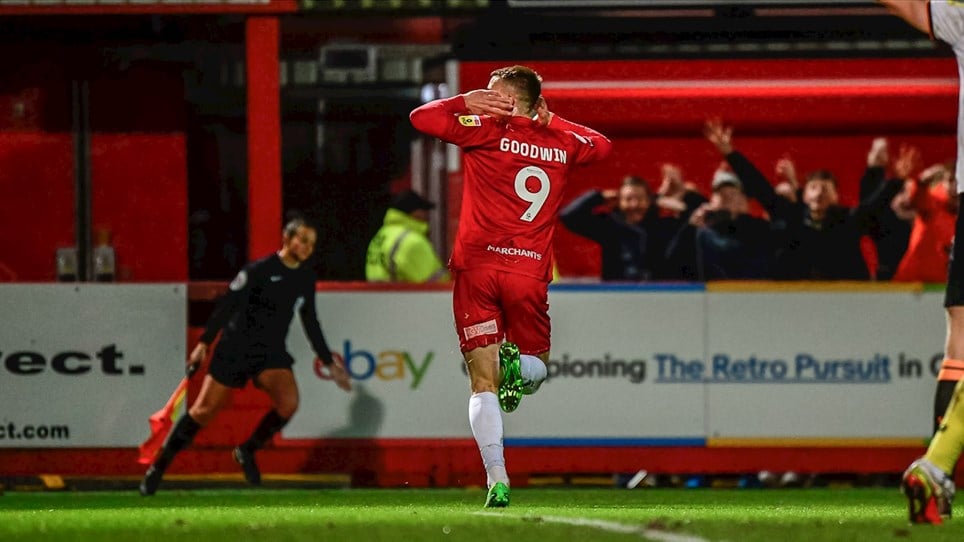 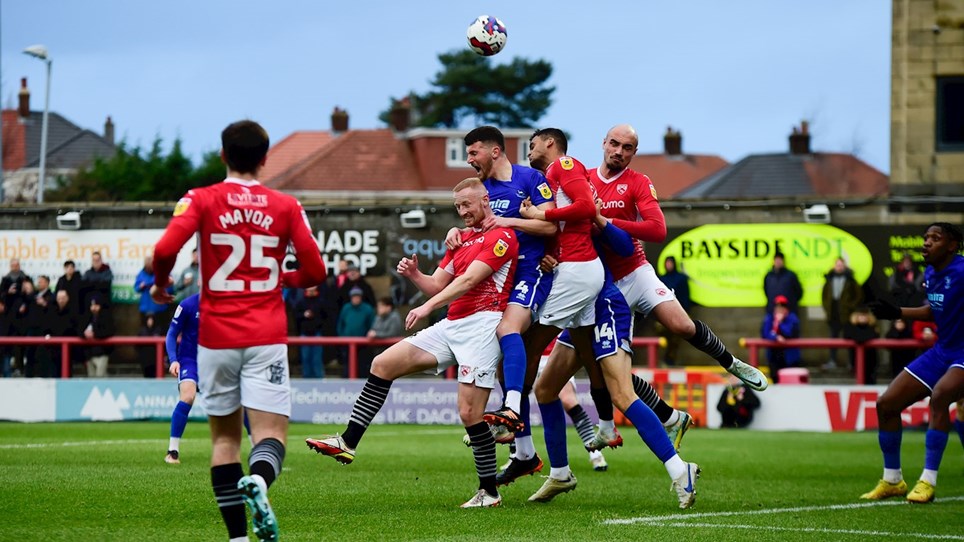 
Cheltenham Town battled hard in the Lancashire rain but fell to a 2-1 defeat to Morecambe at the Mazuma Stadium.