2023 will see the launch of the Academy’s all new Women’s Development Programme in partnership with All Saints’ Academy, Cheltenham.

With a successful Boy’s Under 19 Development already in place at All Saints’ Academy, manager Calum Wands was keen and excited to build on the relationship with the school and Cheltenham Town Ladies to provide an opportunity for players to represent a professional club alongside their studies, saying:

“I’m really excited, it’s been something that’s been in our minds for the past couple of years in terms of our development programme and in broadening the options we can give to players both male and female across the county and specifically in and around Cheltenham and Gloucester.

The Lionesses summer success has not only inspired a new generation of female footballers, but also helped ensure the Women’s Development programme is as beneficial to the players and the club as a whole as possible.

“The lionesses winning the Euros was a real catalyst in terms of us making sure that our programme is specific to females but also gives the opportunity within our youth programme to potentially bridge the gap between them and the senior women’s first team. We want to bridge that gap and put a pathway in for those players who ultimately have been inspired by the Lionesses and in the ever growing women’s game, they’ve got an opportunity to carry on their education while playing football in a club that represents a professional outfit.

“We want to make sure our programme is specific and is unique for us as Cheltenham Town, making sure that we’ve got a direct route from youth to senior. The aspiration is to provide women and U16 to U19 girls the opportunity to play football, to represent a professional club and provide a route into senior football.” 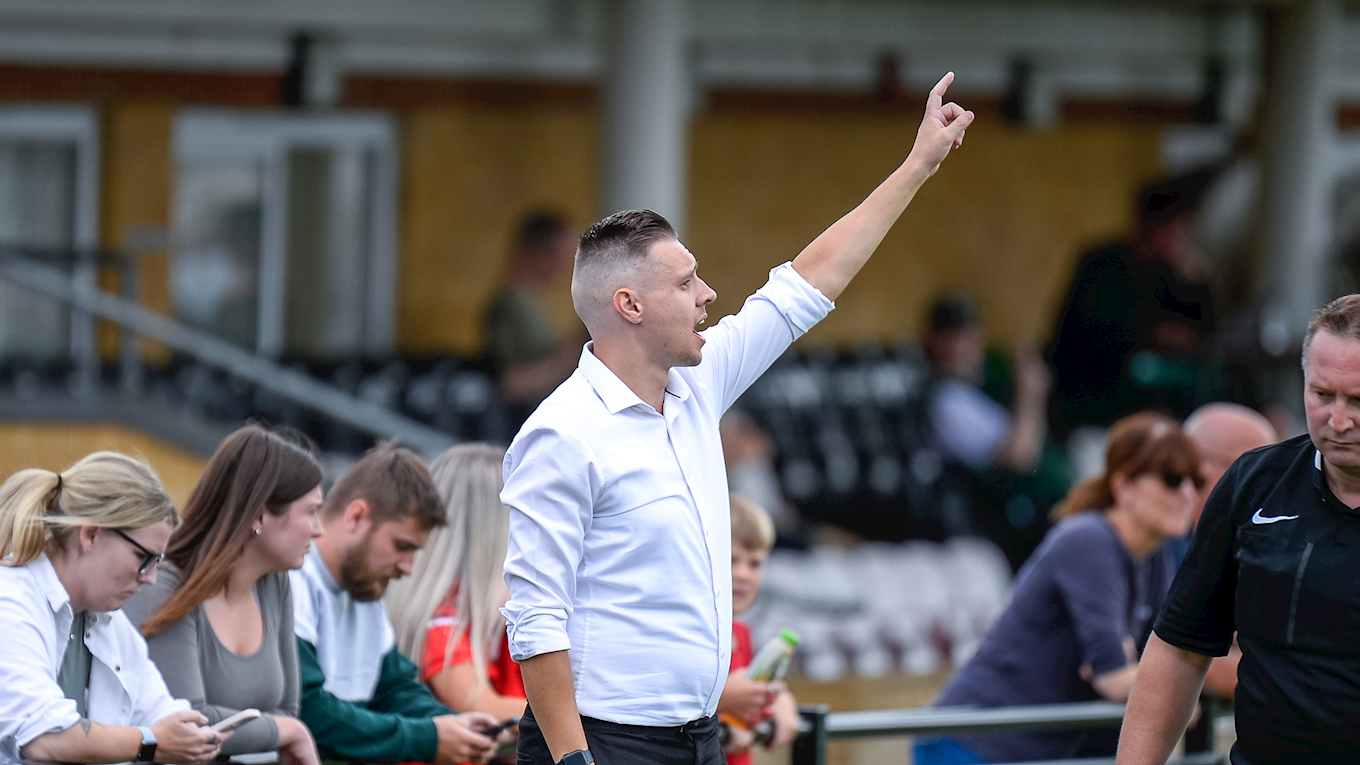 Cheltenham Town Ladies manager Tom Davies is also excited about the new programme and looks forward to the benefits it could bring for our Women’s team as well as for footballers in Gloucestershire, with Davies saying:

“It’s fantastic to see, it’s pleasing that female athletes and female footballers as students are getting the same opportunity as their male counterparts. It’s pleasing from a club point of view that the club is backing the vision to develop these young players and give them an opportunity to be dual career, allowing them to continue their studies in an environment that’s going to going to allow them to push on and develop themselves as football players.

“Hopefully and ultimately it provides them with opportunities within our first team structure so that we are developing players that are from around this region and we’ve got players from Cheltenham playing for Cheltenham Town. That’s one of the most important things, having people that understand the club playing for the football club, we want to develop our own and not have to rely on other clubs releasing players.

You can register your interest for the Male and Female Development Programmes here: https://docs.google.com/forms/d/1OTGVsojt8B0ezJF0jZXSl4gawSWD4Ujo8tdLA3AoDgo/viewform?edit_requested=true