Cheltenham Town beat Cambridge United 2-1 to claim their first home league win of the season at the Completely-Suzuki-Stadium.

Goals from Dan Nlundulu and Alfie May helped the Robins to come back from 1-0 down following Adam May’s opener for Cambridge.

The home side had a bright start to the game, with George Lloyd picking the ball up after a wayward pass from Harrison Dunk.

Lloyd ran through on goal, before taking aim from the edge of the area, only for his shot to be claimed by Dimitar Mitov in the Cambridge goal.

Following the retirement of Matty Blair, Cheltenham fans burst into a round of applause to thank Blariy in the seventeenth minute of the game.

Shortly after, Cambridge opened the scoring in the game, with May blasting the ball into the net from the edge of the area, hitting the ball off the right-hand post before the ball flew into the left-hand side of the goal.

The Robins looked for an immediate reply to the goal, with Sean Long over-lapping Ryan Jackson before hitting the ball into the box and finding Nlundulu whose header went just over the bar. 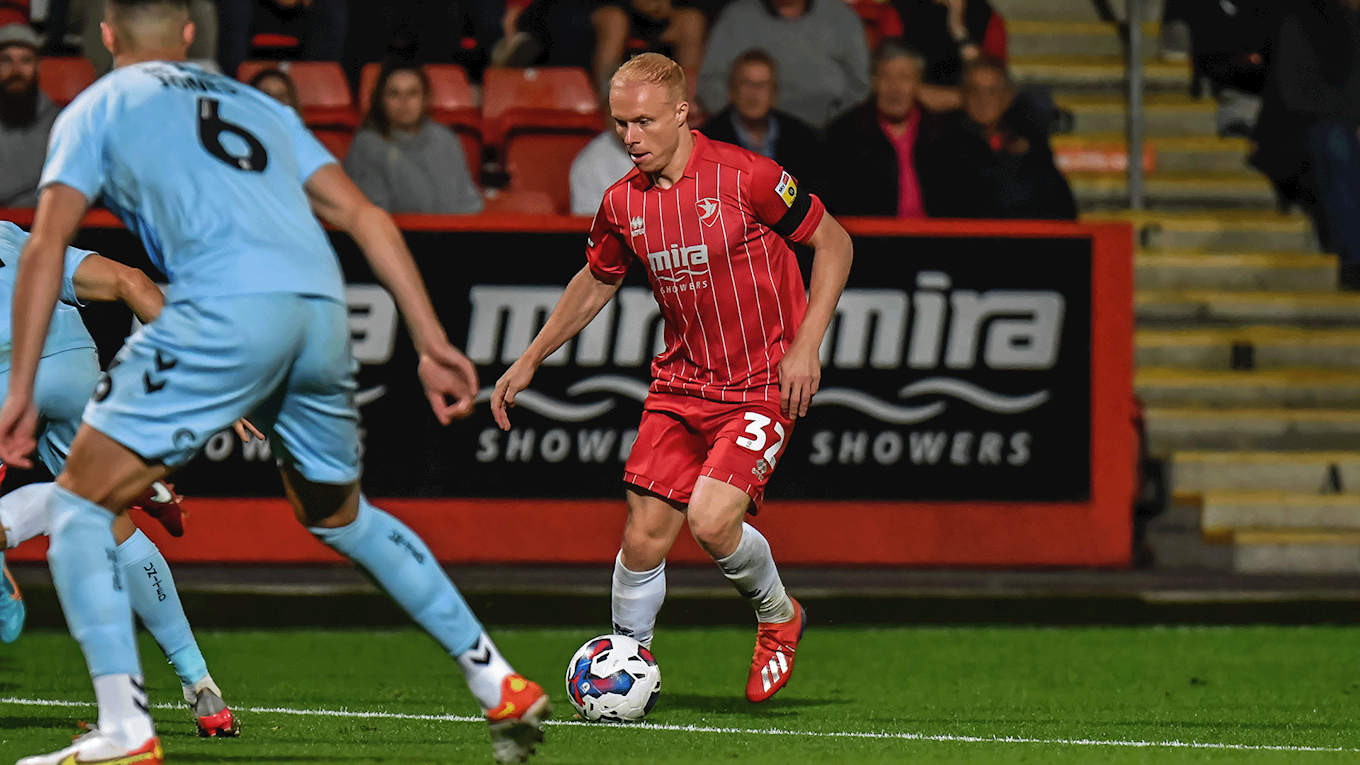 Cheltenham continued their hunt for a goal in the second half with Ryan Broom driving a low effort at Mitov, however, the U's keeper got down well to block the effort.

A goal would arrive for Cheltenham through Nlundulu, who picked up the ball wide on the left of the penalty area from Ben Williams, before curling a wonder strike into the top right of Cambridge's goal.

Not satisfied with a draw, the Robins went on the hunt for a winner through Caleb Taylor, whose effort went just over the bar after a nice ball in by Broom.

The ball would find it's way into the net once again through May, who rounded Mitov and tucked the ball home before the referee blew his whistle for off-side.

May would get the ball in the net once again, picking up the ball after a tricky Liam Sercombe run before blasting the ball into the side of the net, sealing the win for the Robins.