The points were shared at the Completely-Suzuki Stadium as the Robins were held to a 0-0 draw by Milton Keynes Dons.

Luke Southwood produced several saves to keep his second clean sheet in a week, whilst James Olayinka was closest to finding the net for the Robins.

Southwood prevented Will Grigg from giving the visitors the advantage inside the first five minutes, getting down well to his left to scoop the ball past his post and away to safety.

A surging run by Louie Barry looked to have the Robins defence scrambling, until the intervention of Lewis Freestone, who slid in clattered the ball away from danger just as the Aston Villa loanee looked set to pull the trigger.

Nathan Holland shrugged off a challenge from Taylor Perry to continuing driving towards the penalty area, before shooting low with his left foot, but Southwood was able to get his body behind and hold.

Southwood produced two similar saves soon afterwards, firstly denying Bradley Johnson, before a couple of minutes later getting behind another shot from outside the box from Holland. 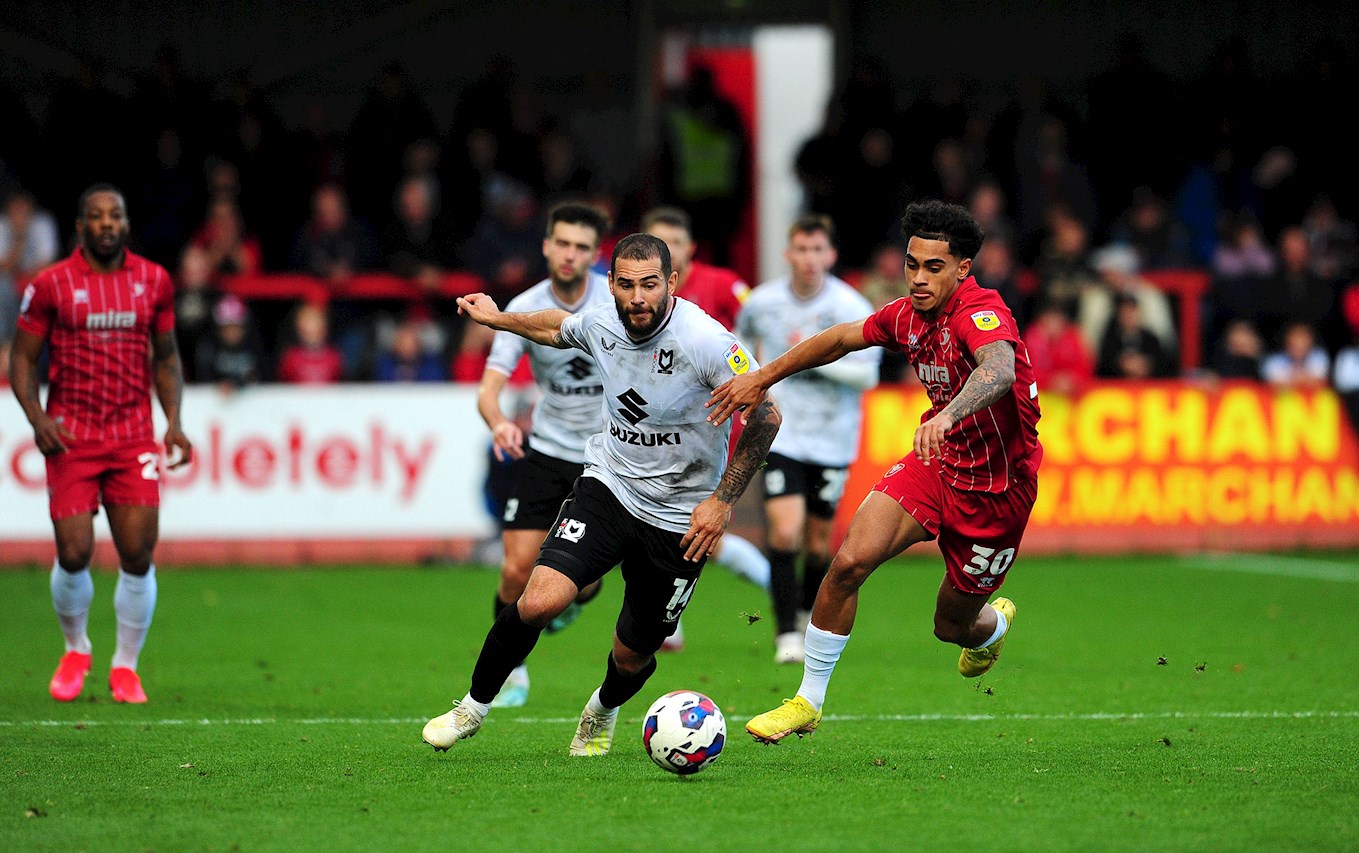 The Robins came close when Christian Norton dispossessed Bradley Johnson in the Dons’ half and continued his run before shooting just over Cumming’s goal from a tight angle.

Former Cheltenham striker Mo Eisa drew the best save of the afternoon from Luke Southwood, just two minutes short of the 90. The forward was poised to give the visitors a late winner, but for quick reflexes from the Northern Irishman who leapt to his right and got a strong hand to the shot.

Southwood kept his concentration right to the end, pouncing on a loose ball from a corner as Darragh Burns loitered looking for scraps.