The Robins fell to a 3-0 defeat away at Hillsborough.

Goals from Josh Windass, Barry Bannan, and Fisayo Dele-Bashiru sealed a comfortable score line for the home side.

Sheffield Wednesday took the lead early, Josh Windass opened the scoring from a central freekick 25 yards out from goal.

The home side forcefully pushed to extend the lead. Luke Southwood saved well to his right from a Michael Smith shot from inside the box before he denied Smith again minutes later from a similar range.

Having faced a 20-minute bombardment on the goal, Wade Elliott’s men replied, threatening the home goal on numerous occasions.

First Christian Norton, then Ryan Broom headed towards the goal in quick succession. Norton’s attempt was blocked by a stranded  David Stockdale, who watched Broom’s follow-up header miss the target.

Town looked to catch the home side on the break. Liam Sercombe came even closer to an equalizer, his shot from inside the box cleared off the line.

Wednesday’s lead was almost doubled, Lee Gregory hitting the post with a right-footed shot from outside the box.

Gregory came close again to extending the lead, diverting his header from Marvin Johnson’s cross over the bar.

The best chance of the half for Town fell to the feet of Norton, as he latched onto a misplaced back pass, only to see his shot blocked by the body of Stockdale. 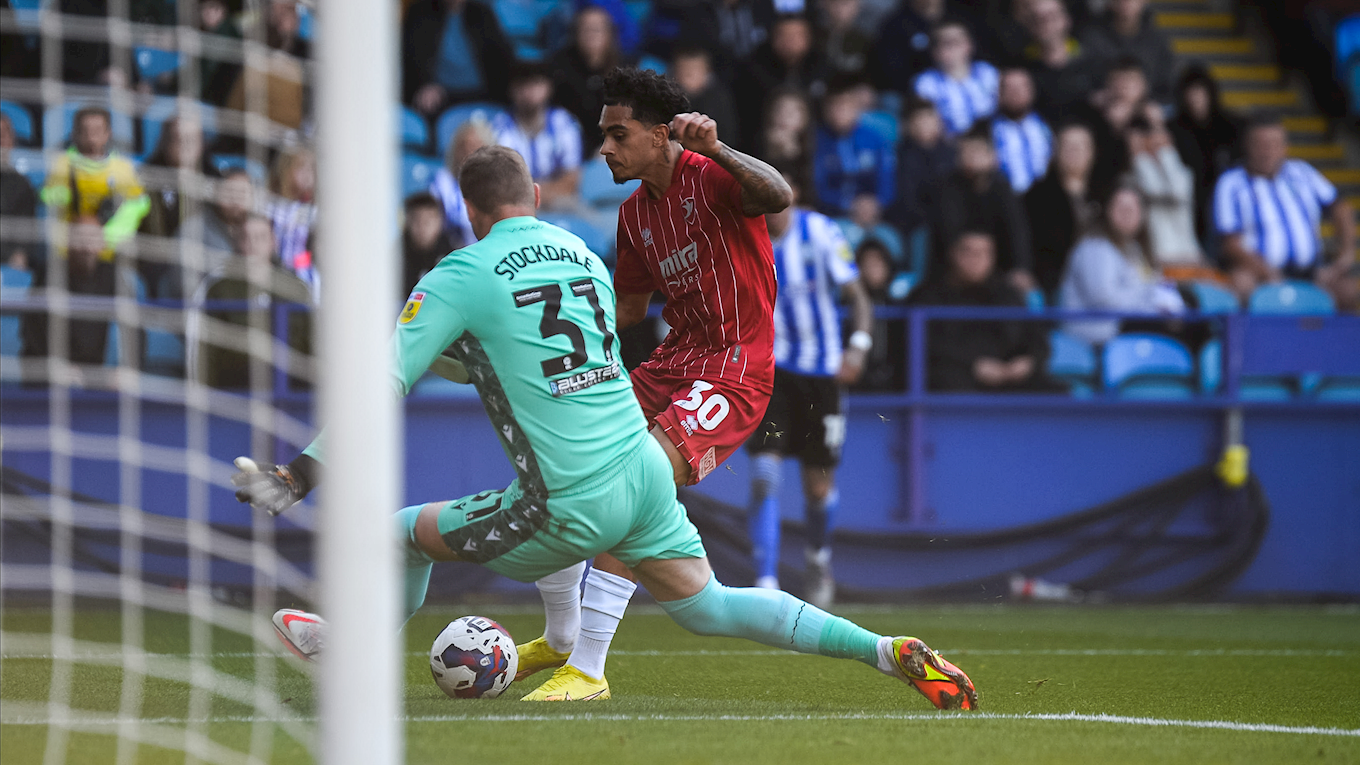 Wednesday came out in the second half, as they started the first. Attacking Southwood’s goal. Windass almost doubled his tally taking aim from far out, with the strike just over the bar.

The Robin’s best chance of the second period fell to Sercombe, Taylor Perry intercepted the ball inside his own half, driving to the opposition box before playing in Sercombe to the right of the goal. The midfielder’s shot deflected out for a corner.

With 10 minutes to play, Sheffield Wednesday scored their second of the game. Barry Bannan shooting from well outside the box, finding the top corner of Southwood’s net.

Three minutes later, The Owls scored their third. Having been introduced from the bench, substitute Fisayo Dele-Basiru found the back of the net from the top of the box.

The home side threatened intensely into the seven additional minutes. Southwood was forced into action twice more. Denying Dele-Bashiru’s shot down to his right, then stopping Johnson in a one-on-one.