Own a piece of Cheltenham Town history by bidding for May’s match-worn shirt from the Cambridge United game on the AMS Auctions website here.

May scored the record-breaking goal against the U's on Tuesday 13th September 2022, which also turned out to be the winner and handed the club their first home Sky Bet League One victory of the campaign.

Alongside the signed shirt, nine A3 signed canvases capturing the moment May scored the goal will also be available for auction, the image of which can be found below: 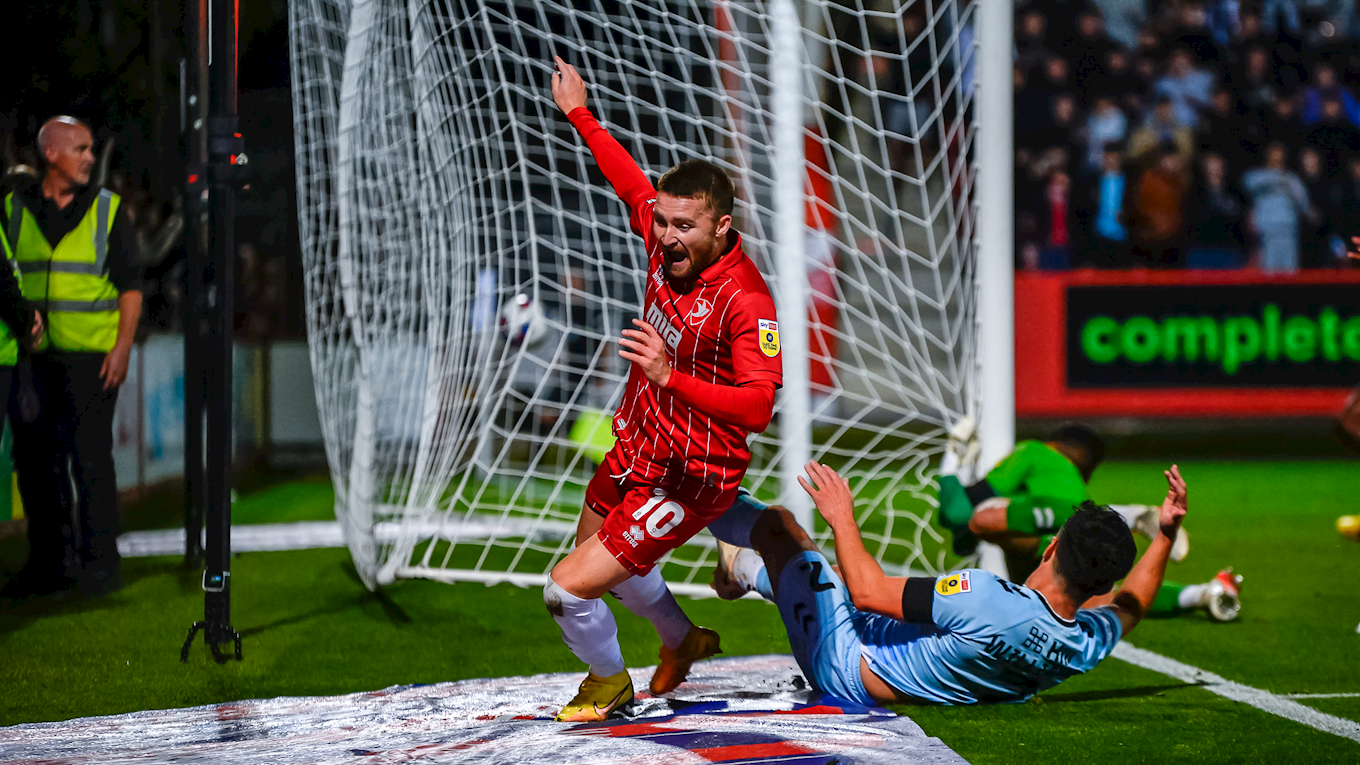 The auction is now live, and you bid through the link here. The auction will close at 6PM on Saturday 15th October.

Many thanks to our freinds at AMS Auctions for hosting the auction and for their continued support.