At the recent fixture between the two clubs at the Jonny-Rocks Stadium a total of £1,527.53 was raised by fans of both clubs who donated to the bucket collection at the match.

'100 strikes at cancer' is Edward's challenge which involves taking 100 different penalty kicks at 100 different locations after he himself was diagnosed with a brain tumour.

Edward has had nine operations and spent significant time in hospital in Gloucester, Bristol and Great Ormond Street in London. He's gone through six weeks of high dose brain and spine radiotherapy and six months of intensive chemotherapy cycles. On top of this he has had to learn to walk again after surgery.

He has been determined to make a difference to help others battling what is the number one cancer killer of children and adults under the age of 40. 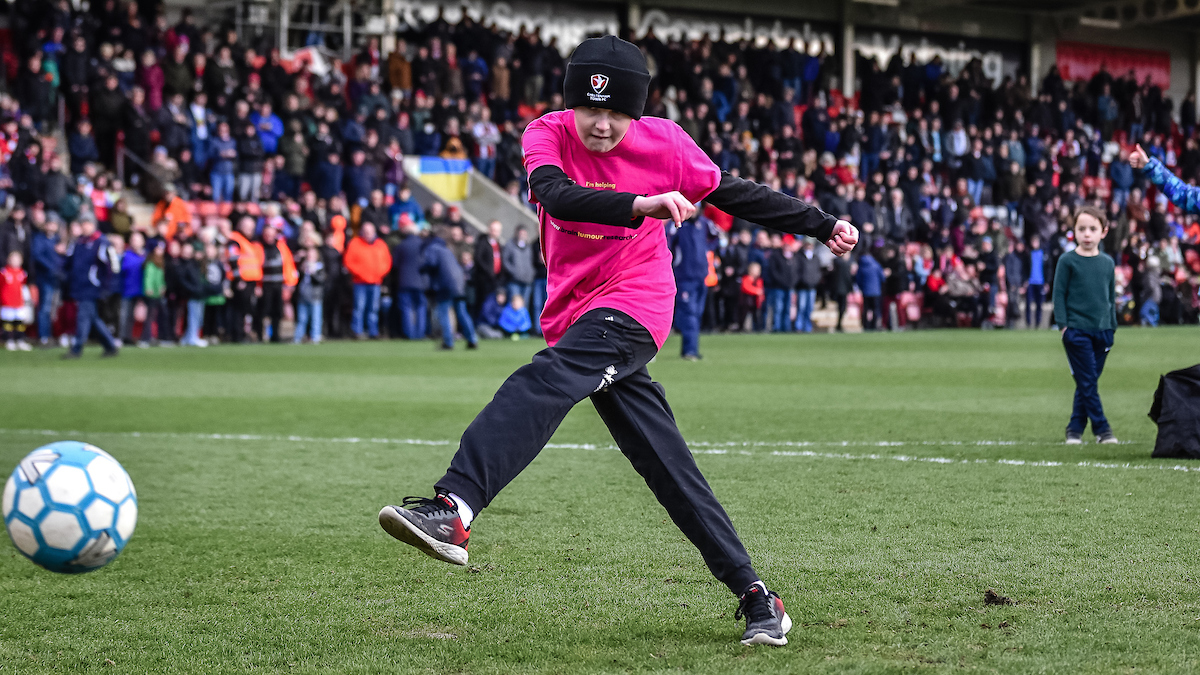 He took his latest penalty kick at half time during the match and hit the back of the net in front of the watching crowd.

Thank you to everyone who donated to the bucket collection to help raise such a fantastic sum of money.

If you didn't get the chance to donate you can still do so by donating online on Edward's Just Giving page.