Alfie May made it 20 goals in 40 League One games but Sheffield Wednesday hit back with four to ensure that Cheltenham Town were well beaten in their first ever trip to Hillsborough.

Massimo Luongo, Lee Gregory, Jack Hunt and George Byers turned the match in the Owls’ favour following May’s early opener, but the Robins were unfortunate not to score more following a succession of second half chances in front of their sizable travelling following in the Leppings Lane End. 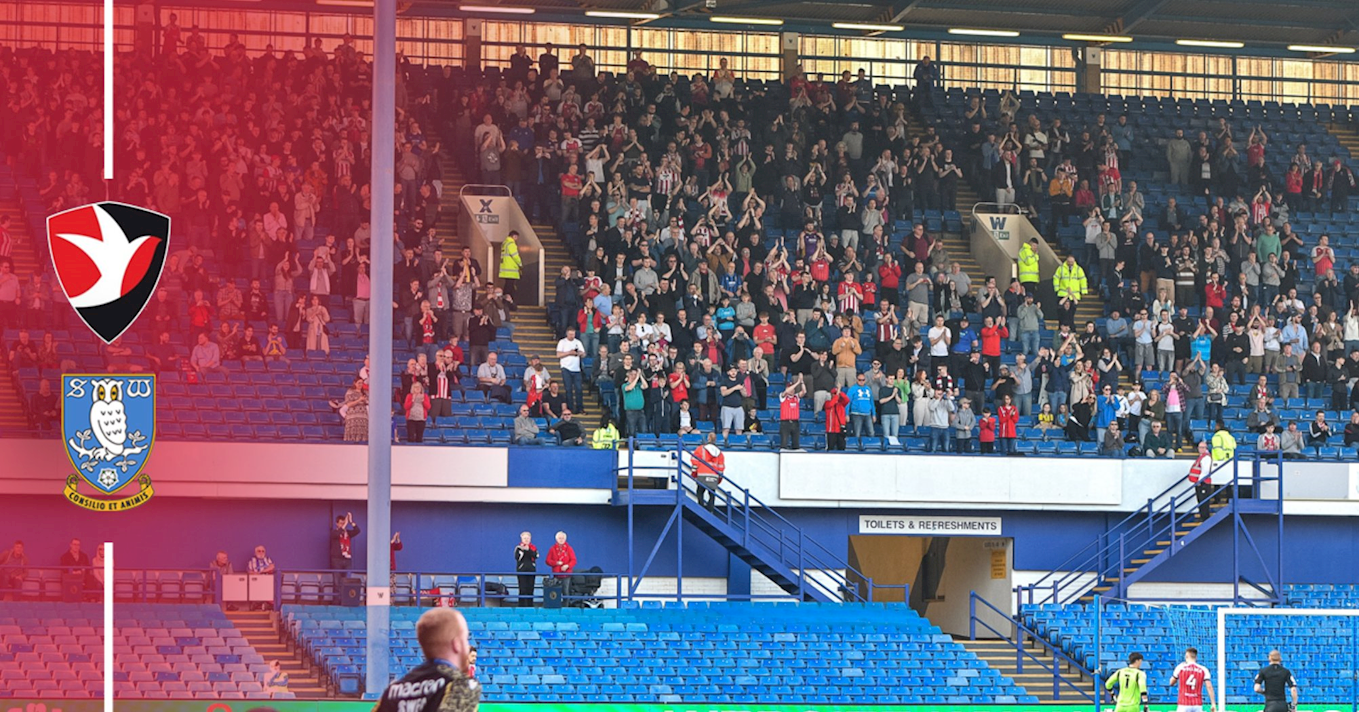 Michael Duff made two changes to his starting side from Plymouth midweek as Reece Hutchinson came in for Lewis Freestone at left-wing-back and Ellis Chapman made a first start since December, coming in for Liam Sercombe.

It was a breathless opening ten minutes at Hillsborough as Cheltenham nearly had a dream start after 40 seconds after Sean Long’s throw-in was flicked on by former Owls product Will Boyle and Matty Blair’s effort was pushed wide – though the offside flag was raised.

The Robins took their next chance though as May scored his 23rd goal in all competitions and fifth in the month of March in front of the Kop End.

Elliot Bonds won the ball back in midfield and threaded an excellent pass into the path of May, who worked his way into the box and smashed a shot that deflected over Bailey Peacock-Farrell to send the travelling fans wild. 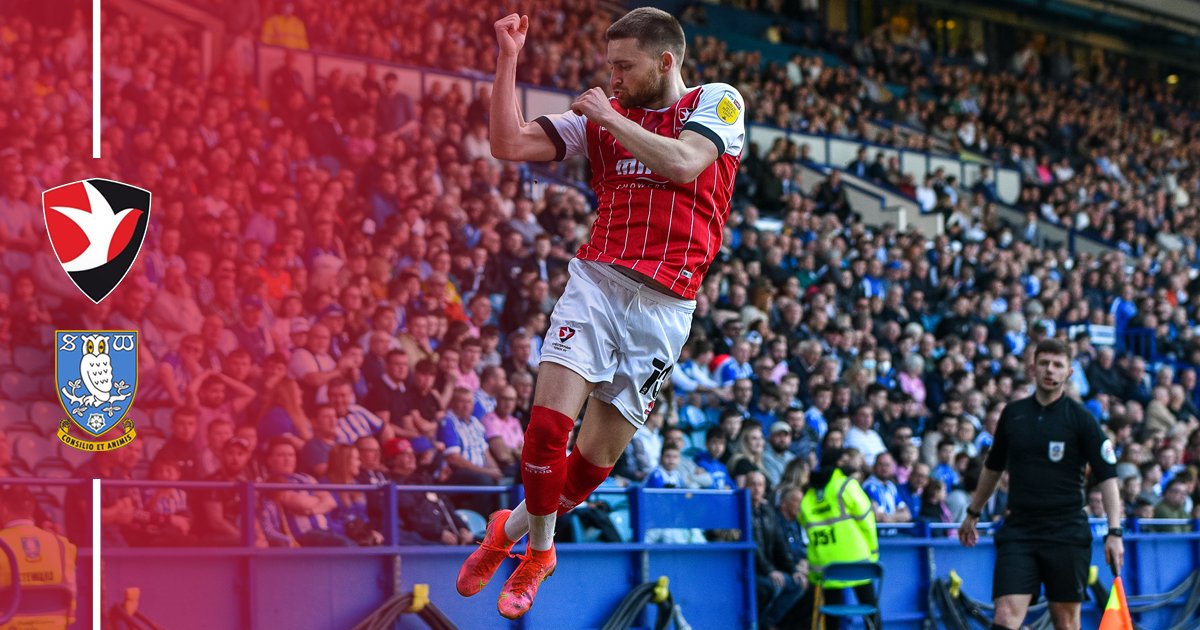 The celebrations were cut short however, as Australia international Luongo converted from a corner in the seventh minute following Wednesday’s first set-piece of the match.

Some clever forward play from Gregory got him away from Boyle on the right but Nathaniel Mendez-Laing was less than an inch away from getting a decisive touch to turn the game in the hosts’ favour.

Darren Moore’s side scored twice from set plays in the reverse fixture, and they were using them to their advantage once more against the Robins as a short corner routine resulted in Owen Evans beating away Marvin Johnson’s strike.

Into first half stoppage time Evans made a superb one-handed save to deny Mendez-Laing one on one, despite the forward being marginally offside.

Luongo tested Evans from a tight angle and Callum Wright’s looping volley was caught by Peacock-Farrell in a similarly frantic start to the second period.

Byers glanced over from a Barry Bannan corner as the home side pushed to go in front at a ground where they had only lost twice all season and the home fans didn’t have long to wait.

Gregory slammed in on the half-volley from just outside of the penalty area in the 59th minute, unleashing an unstoppable shot that flew into the bottom corner.

Duff introduced George Lloyd for Blair shortly afterwards and the Robins striker had a golden opportunity to level the match as May squared to him, only for Northern Ireland international Peacock-Farrell to block the close-range attempt. 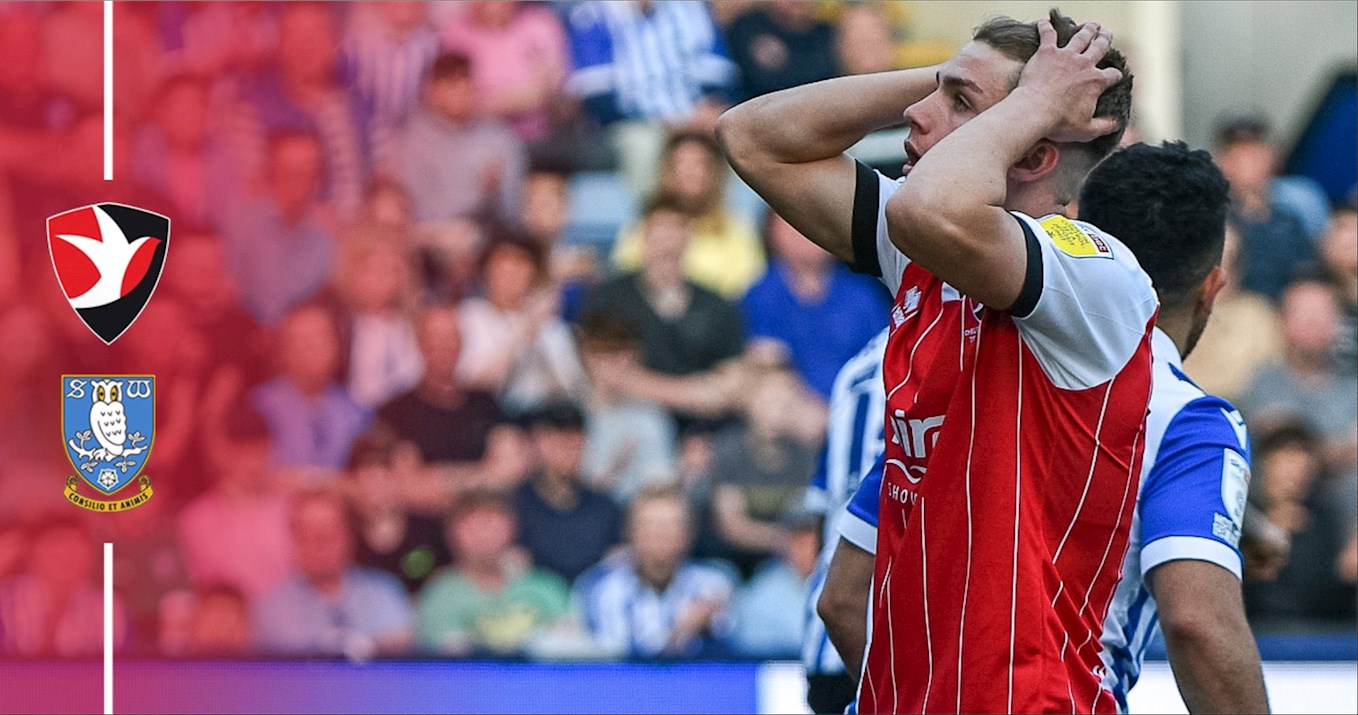 Bonds then hammered an effort from distance against the angle of crossbar and post as Cheltenham upped the tempo, though they were fortunate not to concede at the other end as a last gasp block from Charlie Raglan ensured the ball skewed wide.

A hugely important tackle then kept may from adding his second and Boyle headed over from the resulting corner as the chances kept flowing for the Robins.

Kion Etete made a return from injury off the bench along with Sercombe – though Hunt put the game out of reach with a brilliant volley before Byers danced into the six-year-box to add a fourth for Moore’s team with a few minutes remaining.