It's another League One first for Cheltenham Town on Saturday when the club visits Hillsborough to take on Sheffield Wednesday (kick-off: 3pm).

Saturday's game will be Cheltenham's first at the famous stadium for what promises to be a great atmosphere.

Plenty of Robins supporters are making the second away journey this week to cheer on the team in pursuit of a memorable performance and result in South Yorkshire.

It's going to be a tough outing against another team chasing promotion to the Championship, but encouraged by a good showing at in form Plymouth Argyle on Tuesday, and currently sitting 12th in the division, the team will travel knowing they're more than capable of influencing proceedings in the 90 minutes.

Aaron Ramsey will continue to miss out due to his international commitments with the England under-19s.

It's also expected that Charlie Brown will be unavailable as he continues his push to recover from injury. Midfielder Conor Thomas could be involved though, while Dan Nlundulu and Kion Etete (pictured) definitely miss out because of injury. 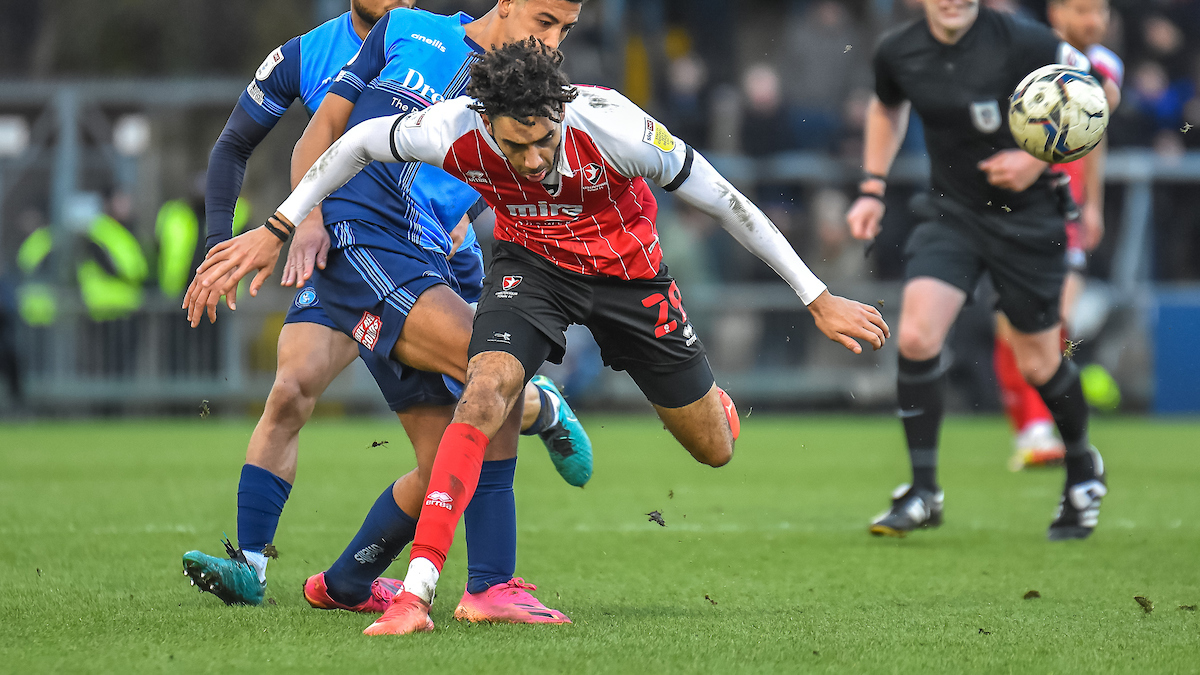 Speaking to the press on Thursday, boss Michael Duff believes these are the types of games his players should be eager to play in.

"They have been on a really good run and I'd imagine there will be 20-25,000 and they have something to play for, so they are champing at the bit," he said.

"That's just an extra part to the challenge, but we'll have to be good to get any kind of result.

"Motivation will not be a problem. I rarely wish I was still playing, but I am pretty certain when you go to places like this, there is an element of wishing you could still play. These are the games you want to be playing in."

Watch the full interview with Duff on iFollow where you can also see Matty Blair discussing this weekend's game.

Having been held to back-to-back draws against Accrington Stanley and Gillingham, Sheffield Wednesday sit one point off the play-off places with a game in hand on Sunderland in 6th.

Like many sides in the division, their squad is littered with players who have played at the highest level and regularly above League One. They will however be missing front man Saido Berahino for the game as he's away on international duty.

One player who will be available to them despite his international commitments is goalkeeper Bailey Peacock-Farrell. On loan from Burnley, he has been given permission by Northern Ireland to play in the fixture.

Elsewhere long-serving Scotland international midfielder Barry Bannan will aim to get on the ball as much as possible, flanked in midfield by the likes of Australia international Massimo Luongo and ex-Swansea City man George Byers.

At the back another long-serving player, Sam Hutchinson, and Chey Dunkley possess good experience with Jordan Storey an option too having joined on loan from Championship side Preston North End in January.

Their attack features the power of Scotland international Callum Paterson and former Millwall centre forward Lee Gregory. Nathaniel Mendez-Laing and Dutchman Sylla Sow are others they could turn to in their hunt for goals.

Now in charge for just over a year, Darren Moore is hoping to guide Sheffield Wednesday back to the Championship at the first time of asking.

It's his third managerial position having previously taken charge at West Bromwich Albion, where he took over the Baggies in the Premier League, and also spent time in charge at Doncaster Rovers.

His time in management comes at the end of a playing career that saw him play through the levels for the likes of Torquay United, Doncaster, Bradford City, Portsmouth, West Brom, Derby County, Barnsley and Burton Albion.

He's assisted at Wednesday by Jamie Smith and Wayne Jacobs who both coached previously under him at West Brom. 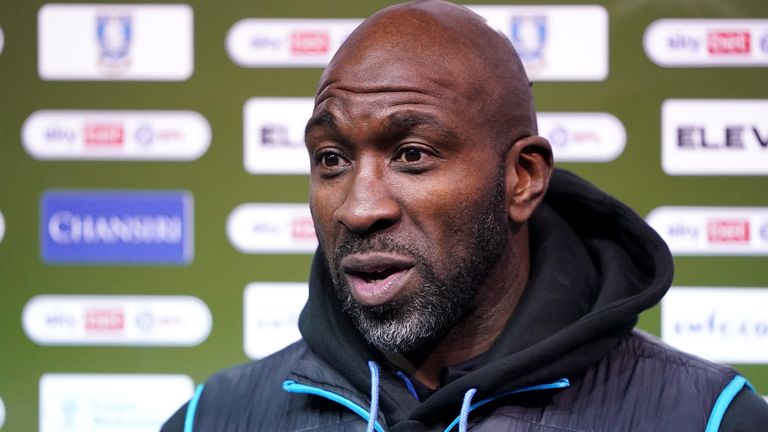 It was a stoppage time leveller from Matty Blair that saw Cheltenham and Sheffield Wednesday end all square in a 2-2 draw earlier in the season.

Kyle Vassell gave the Robins the lead inside the first 15 minutes, but midway through the second half Chey Dunkley managed to equalise.

It looked like the South Yorkshire side were going to head home with three points when the ball cannoned off Blair for him to concede an own goal, however he made up for that by equalising in an emotional moment for him and his family shortly before the full time whistle.

Supporters who have bought tickets in advance can collect from Hillsborough on the day of the game.

Fans booked onto the Travel Club coaches making the trip will be leaving from the car park at the Jonny-Rocks Stadium at 10am.

The Sheffield Wednesday website details that the ticket office and megastore at the stadium are open until kick-off with pay on the day available.

You can read more about attending the match for first time visitors online.

Social media: @CTFCofficial on Twitter will have updates throughout. Stay in check with the score and team news also on the club's Facebook and Instagram channels.

Listen: You can buy an audio match pass for full match commentary on iFollow for £2.50

Website: After the game you can read a match report online on the club website and see the post-match reaction

Highlights: On iFollow you can watch extended highlights with shorter highlights available on Sky Sports, Quest and YouTube