Victory over AFC Wimbledon on Saturday moved Cheltenham Town into the top half of League One, but on Tuesday another huge test lies in wait as the Robins head south to Plymouth Argyle (kick-off: 7.45pm).

The Pilgrims are flying in League One and have been on an unstoppable winning streak of late.

So the first of back-to-back away matches in the space of five days for Cheltenham couldn't get much tougher if you look at the current form table in the third tier.

Boosted by another important three points, the team will head down to Devon looking to put an end to Plymouth's fine winning run.

Midfielder Conor Thomas is edging closer to fitness as he targets a return to the side after a recent calf problem.

Forward Charlie Brown is also making progress, however Dan Nlundulu, Kion Etete and Ben Williams (pictured) are all out of contention for the game.

Aaron Ramsey is on international duty with England under-19s and will not be available. 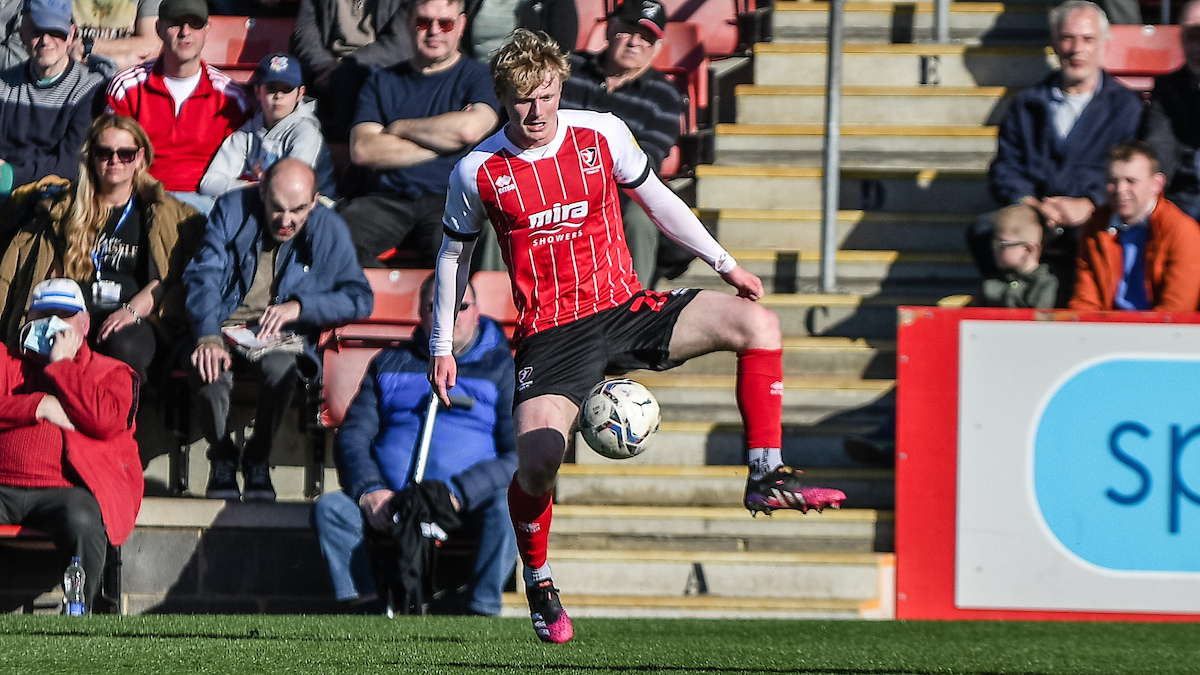 Manager Michael Duff spoke to the media on Monday about Tuesday's game and recognises the size of task that faces his side.

"It is a tough place to go. It is hard to win in this League away from home - we've proved that already," he said.

"We've had three (away) wins all season. We know we're going to have to be at our best.

"We've seen quite a lot of them. I don't think they're going to come away too much from what they do because it's quite clearly proved to be very successful."

Watch the full press conference with Duff for free on iFollow.

Plymouth are flying and have launched themselves up to 4th in League One after a run of five straight wins.

Morecambe, AFC Wimbledon, Bolton Wanderers, Portsmouth and most recently Accrington Stanley have all suffered defeat at the hands of the Pilgrims in the last few weeks.

They hammered Accrington 4-0 on Saturday in front of a crowd of over 13,000 and have Scottish forward Ryan Hardie in red hot form having found the back of the net 19 times this season.

He is joined in their attack by the likes of Panutche Camará, who spent time at the Africa Cup of Nations recently and may miss the game again due to international commitments, Swansea City loanee Jordon Garrick and Wales under-21 international Luke Jephcott.

Robins fans will be familiar with Ryan Broom. The Welshman is on a season-long loan from Championship side Peterborough United at Home Park.

Appointed manager at the start of December, Steve Schumacher stepped up from his role as assistant manager to take on the top job after Ryan Lowe departed the club to become manager of Championship outfit Preston North End.

It's his first senior managerial position having previously worked as a coach at Bury under Lowe, as well as in the academy at Everton. He did however have a temporary stint in charge of Southport at the end of a playing career that saw the Liverpudlian play as a midfielder for the likes of Bradford City, Crewe Alexandra and Fleetwood Town. 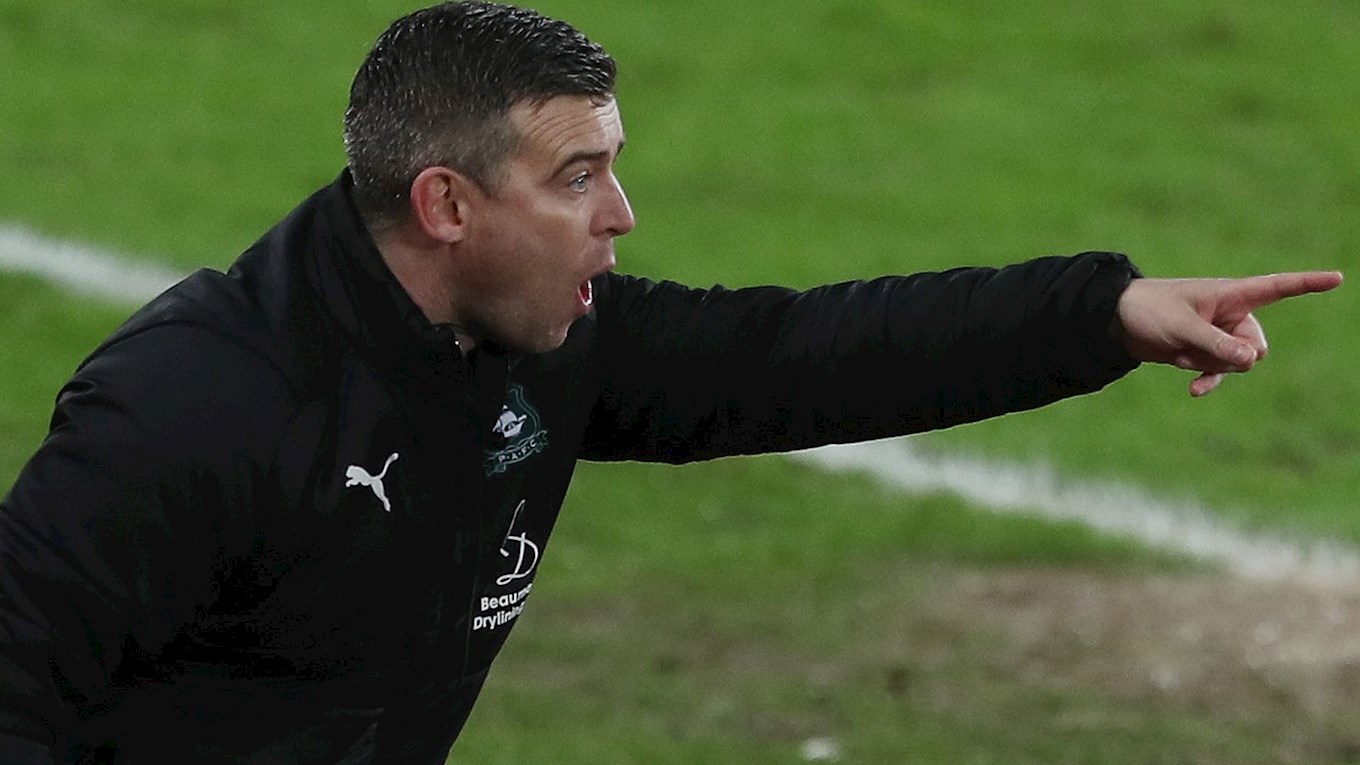 Fans can purchase tickets on the night at Home Park. Prices go up by £2 on matchday to the following prices:

If you haven't picked up your tickets ahead of the game they'll be available to collect from the Barn Park turnstiles, B20 to 25.

Supporters booked on the Travel Club coach are reminded that it leaves from the car park at the Jonny-Rocks Stadium at 3.30pm.

If you are driving to the match there is a limited amount of free parking available just outside the stadium in the Outland Road car park.

Any disabled fans requiring assistance on the day are asked that they contact DLO, Nikki Francis, on disability@pafc.co.uk or 01752 562561 ext 152 prior to match day.

If you are looking for something to eat or drink, Plymouth operate a 25% discount on all products bought inside the stadium between 5.45pm and 6.30pm.

Social media: Keep a track of the game on socials by following @CTFCofficial on Twitter. You can also check out the latest score on Facebook and Instagram

Watch: Purchase a match pass for £10 online and watch the game in full on iFollow

Listen: You can buy an audio match pass for £2.50 on iFollow for full match commentary

Website: Post-game check out the match report online and see the reaction from the manager and players

Highlights: You'll be able to see extended highlights exclusively on iFollow. Shorter highlights are available on Sky Sports and YouTube 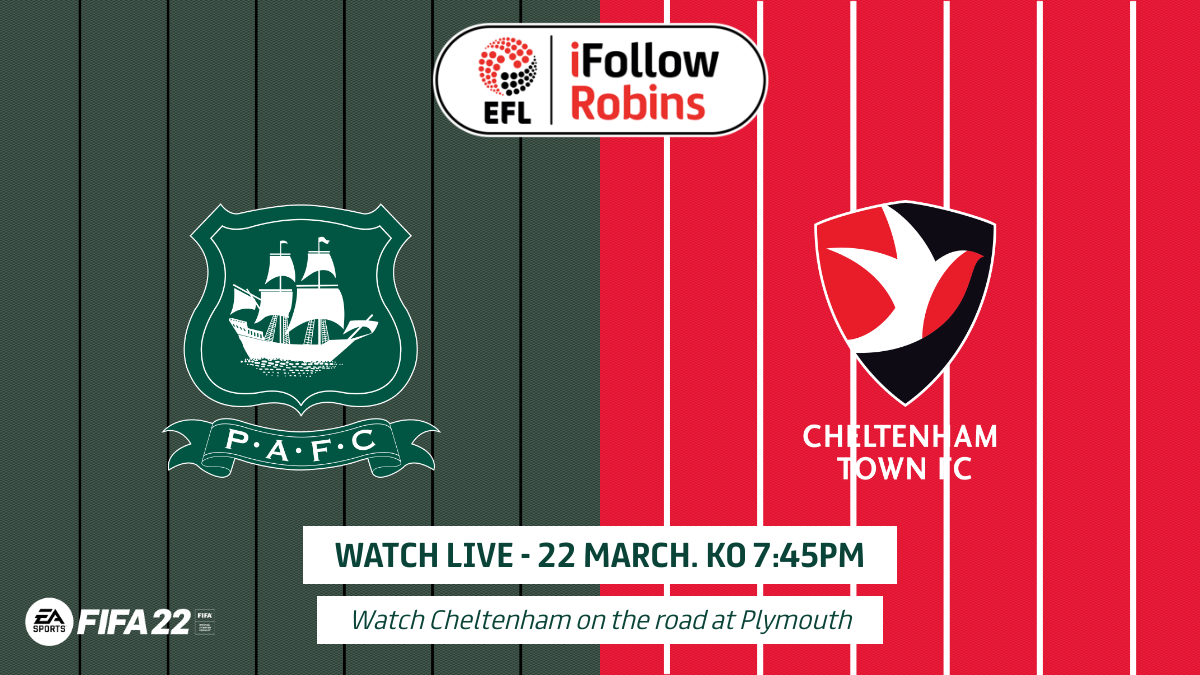