The important home matches keep on coming for Cheltenham Town as they take on Doncaster Rovers on Saturday (kick-off: 3pm).

Points are still needed if Cheltenham are to secure a place in League One next season and the visit of Donny to Gloucestershire provides another good opportunity to take a step closer to safety.

Saturday's visitors themselves are desperate for points given their current position in the relegation zone, and after last weekend's frustrating home loss to Crewe Alexandra the Robins players will know what sort of test will be set for them once again.

Tickets for the game are available to purchase online with the match the final Kids for a Quid matchday. Use the voucher code QUIDKID online to purchase tickets for under-16s, making sure you buy online before midnight to take advantage of the offer.

At Saturday's game we are also going to be joined by 12-year-old Edward Simpson. He is going to be taking a penalty kick at half time as part of his '100 strikes against cancer' fundraiser raising money for the Brain Tumour Trust. Please give generously to the bucket collection taking place at the stadium.

If you are attending the match then check out our supporters guide.

It's not expected that there will be any returning players involved in Saturday's squad with Conor Thomas, Charlie Brown, Ellis Chapman, George Lloyd and Dan Nlundulu (pictured) all out injured. 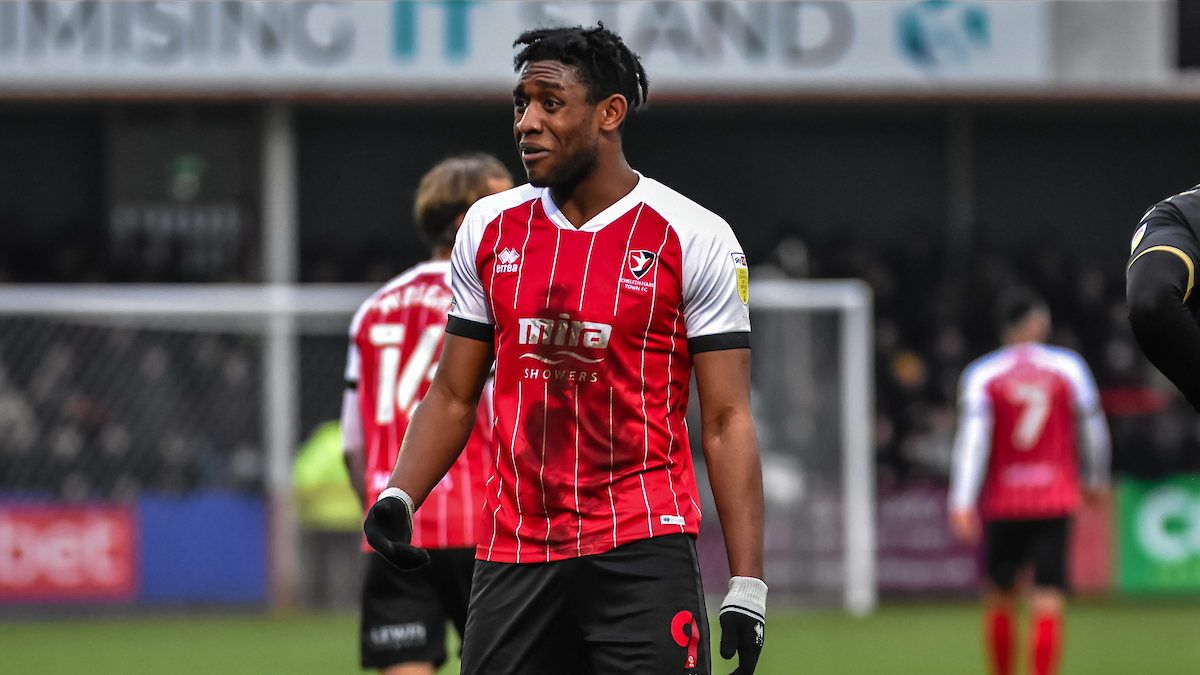 Boss Michael Duff has been keen to remind his team of Doncaster's good recent away form when he spoke to the media ahead of the match.

"Doncaster are on a decent run. Their form isn't bottom four form," he said.

"I think they've taken ten points from their last five away games which is better than promotion winning form because you normally do that at home.

"We know that they're scrapping for their lives. They've given themselves a chance so they'll be coming here thinking this is definitely a winnable game."

Matty Blair spent a number of seasons with Saturday's visitors before making the switch to Gloucestershire and he's also been addressing the media before the weekend.

"It's a case of making sure we are fully at it every single game we play to have a chance of winning the game," he said.

With ten games to go of their League One campaign, Doncaster will be desperate to see Saturday's game as an opportunity to try and get the points needed to help pull them away from relegation trouble. They currently sit second from bottom but are four points from safety.

In what is their fifth consecutive season at this level they've found it tough and have been around the bottom positions for more or less all of the campaign.

They've beaten Accrington Stanley and drawn with AFC Wimbledon in their last two games heading into Saturday, while their away form has been good - winning away at the likes of Lincoln City, Sunderland and MK Dons of late.

Experienced midfielder Tommy Rowe, who was at Bristol City last season, is an important cog in their set-up, while the likes of Dan Gardner, Kyle Knoyle and Adam Clayton are key players with Football League experience that will be vital in the run in.

In January they tried to add to their roster with the signing of forward Kieran Agard, while Ben Jackson arrived on loan from Huddersfield Town and Josh Martin also made a loan switch joining from Premier League side Norwich City.

Having returned to Doncaster as an academy coach in 2018, in December of this season Gary McSheffrey was appointed caretaker manager following the dismissal of Richie Wellens, and he's since been handed the job permanently.

It's his first managerial position after time as a player where he started at Coventry City before going onto play for the likes of Birmingham City, Nottingham Forest, Leeds United and Scunthorpe United in a well-travelled career. 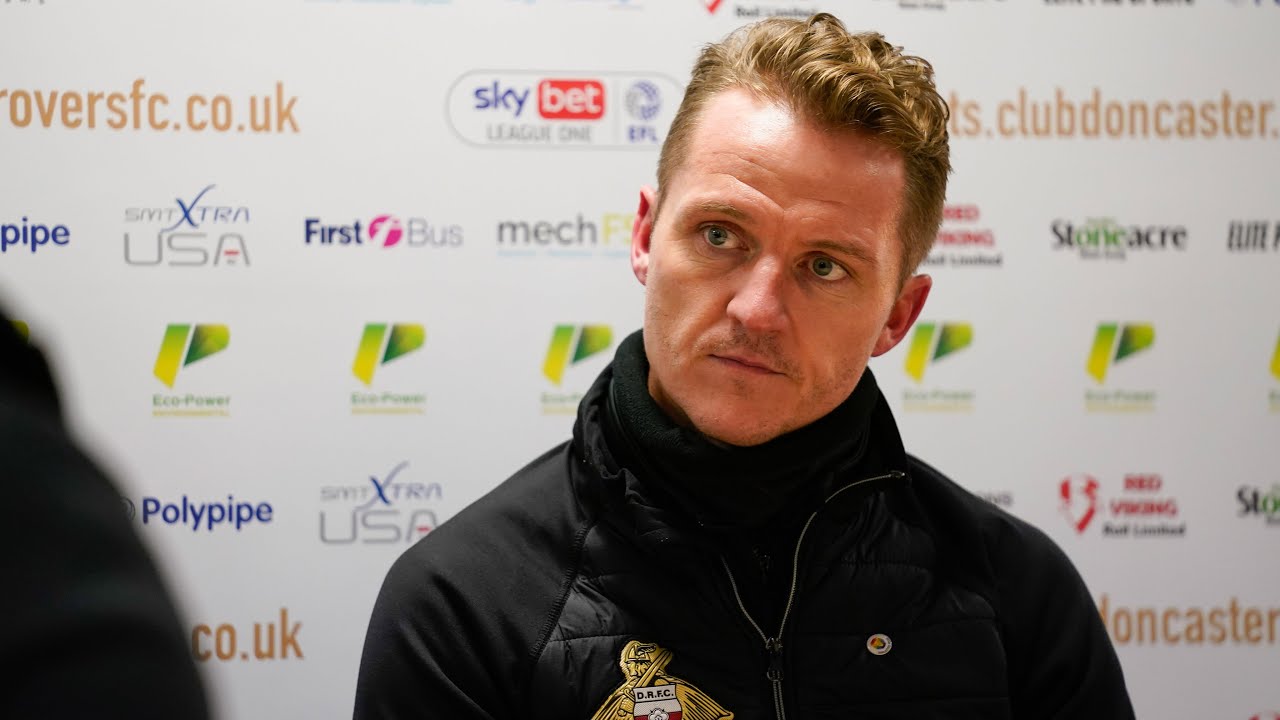 The Kids for a Quid offer for under-16s and £2 discount for all general tickets is available online until midnight on Friday.

Fans can buy tickets online for the game up until midday on matchday. They are also available on the day. You must purchase before going through the turnstiles which are all cashless this season.

Tickets can be bought for the Colin Farmer Stand from outside the Parklands turnstiles. For the standing areas from the matchday sales point in the car park and for the Autovillage Stand from the ticket office.

If you've bought in advance you can collect tickets for the Autovillage Stand and standing areas from the collection point in the car park next to the bowls club, while for the Colin Farmer Stand they'll be available to pick up from outside the Parklands turnstiles.

If choosing to buy or collect tickets on the day we advise arriving early to avoid queues.

Goalkeeper Owen Evans is the big interview in the match programme as he discusses his first permanent season as a Cheltenham player, his desire to keep his spot in the team and his experiences at Wigan Athletic.

There are also features with David Bloxham, Kion Etete, Michael Duff and some other reads to keep you entertained before kick-off.

The programme is available to purchase around the stadium for £3 with copies also available online. 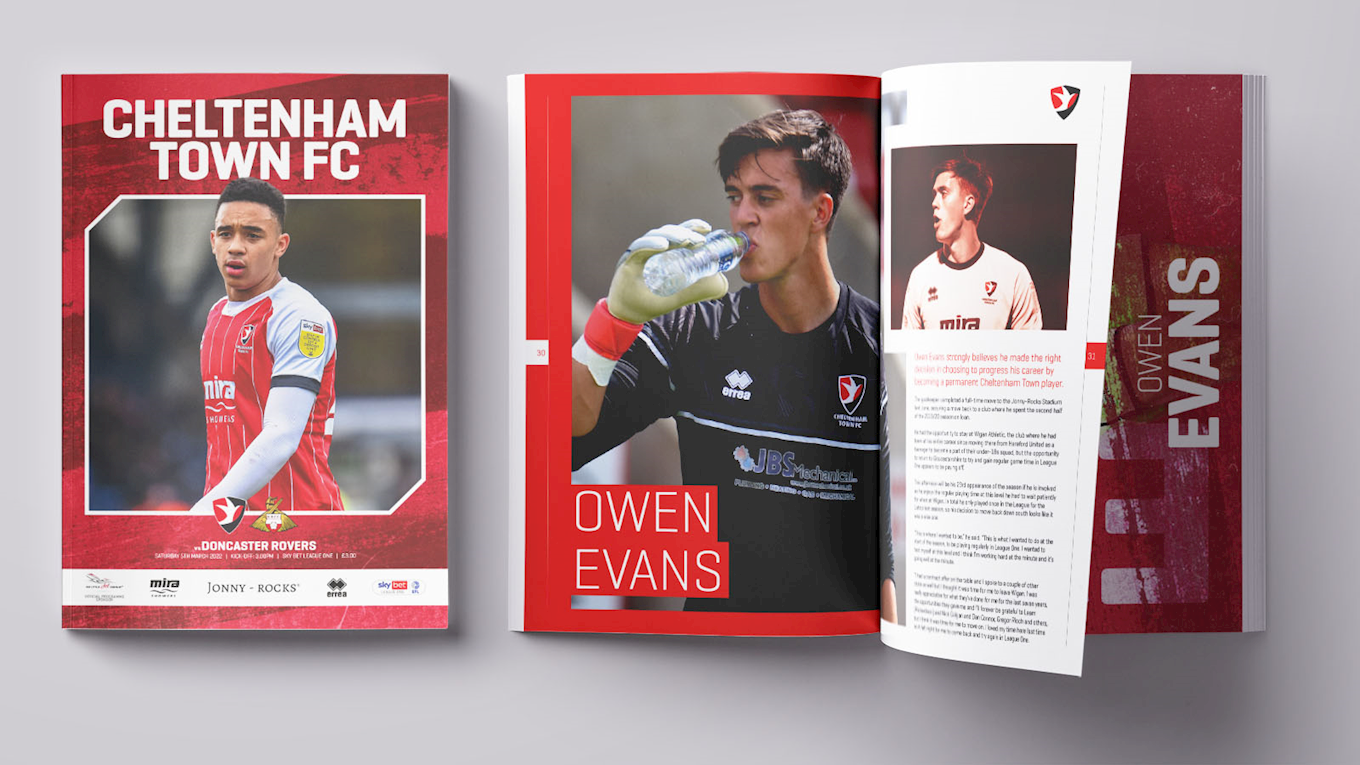 Radio: Tune into full match commentary with an audio match pass on iFollow - available for £2.50

Highlights: Extended highlights will be available on iFollow. Shorter highlights can be watched on Sky Sports, Quest and YouTube