As the 2021/22 season approaches its final weeks, here's a round-up of the Cheltenham Town players currently out on loan at other clubs at the back end of the campaign.

There are a number of first team and under-18s players currently plying their trade elsewhere as part of their career development.

The summary below wraps up who is where and the challenges they currently find themselves in as they look to end the season on a high while maximising their playing time.

The young shot-stopper initially joined Southern Premier South side Weston-super-Mare on loan in October after two short term loans at the beginning of the campaign at Cinderford Town and Redditch United. He's shone for Scott Bartlett's side and the loan was extended until the end of the season where he has helped Weston climb the table and they have broken into the play-off positions. 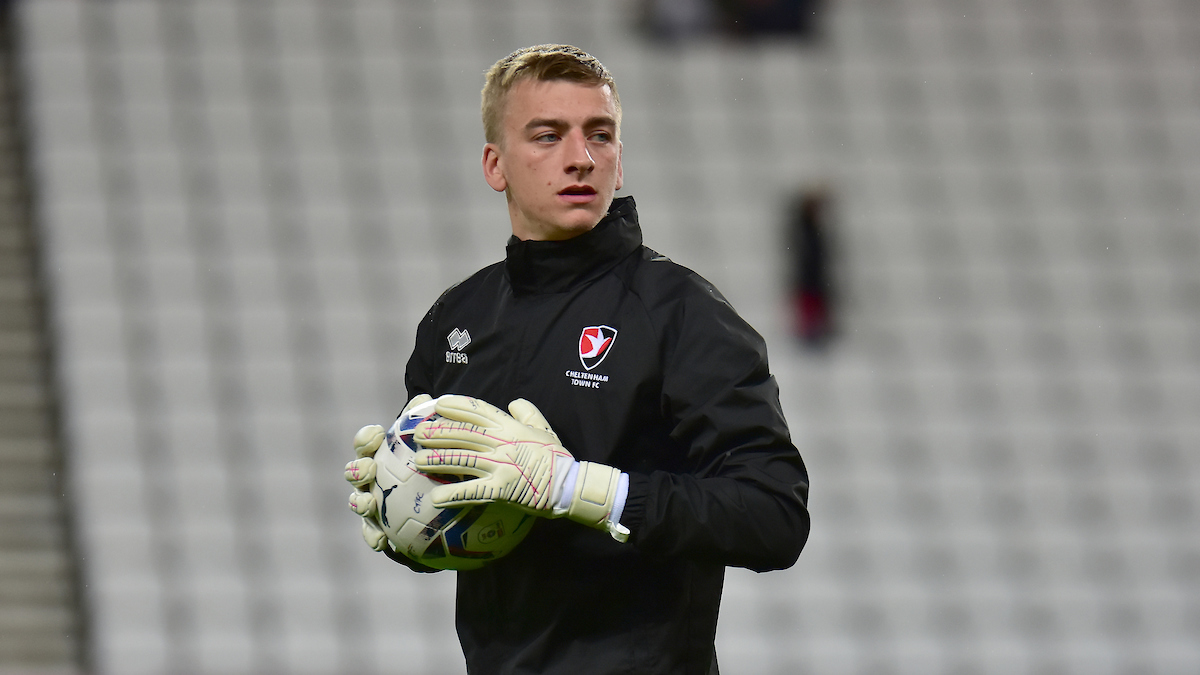 Academy product Grant Horton signed for League of Ireland Premier Division outfit Bohemians at the end of the January transfer window. He's been a regular for the Dublin side at the start of their 2022 season, featuring at the heart of their defence and recently scoring an 87th minute equaliser in a 1-1 draw with Shelbourne. 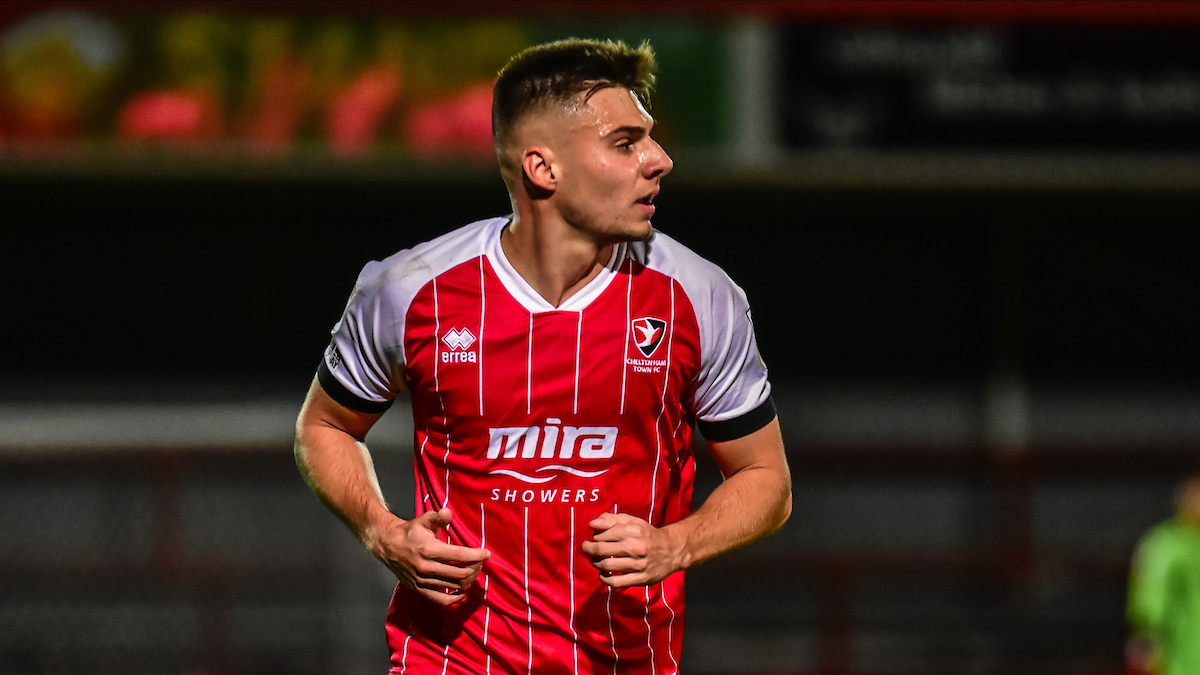 Dylan Barkers' loan spell at Leamington was cut short so he could link up with their National League North rivals Gloucester City on loan. With the Tigers his initial one-month loan has now been extended until the end of the season. He has featured regularly for Lee Mansell's men and helped to edge them away from the relegation zone. 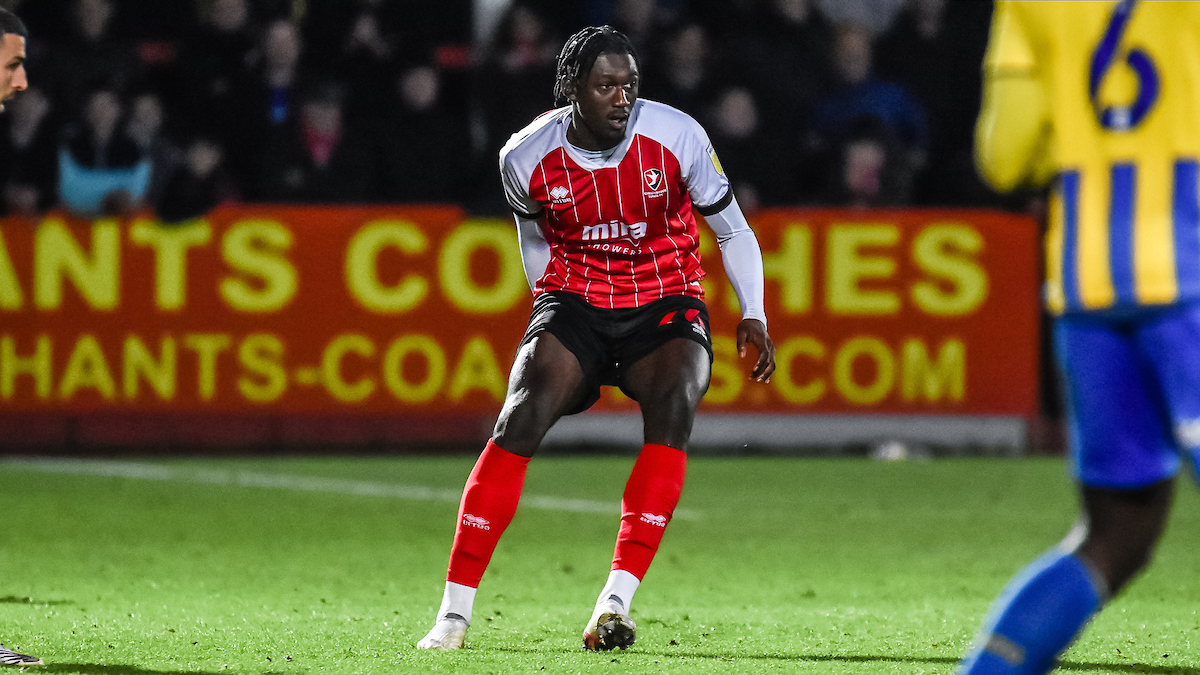 Following a good loan spell at Evesham United earlier this season, Callum Ebanks has made the step up to feature for Bromsgrove Sporting in the Southern Premier Central in the second half of the campaign. He scored two goals in a recent victory over Barwell to help them climb out of the relegation zone and was also on target in a midweek draw at Peterborough Sports this week. He'll no doubt have a large part to play if he is to help Sporting survive from the drop with the likes of a Nuneaton Borough side featuring Chris Clements keen to drag themselves out of trouble. 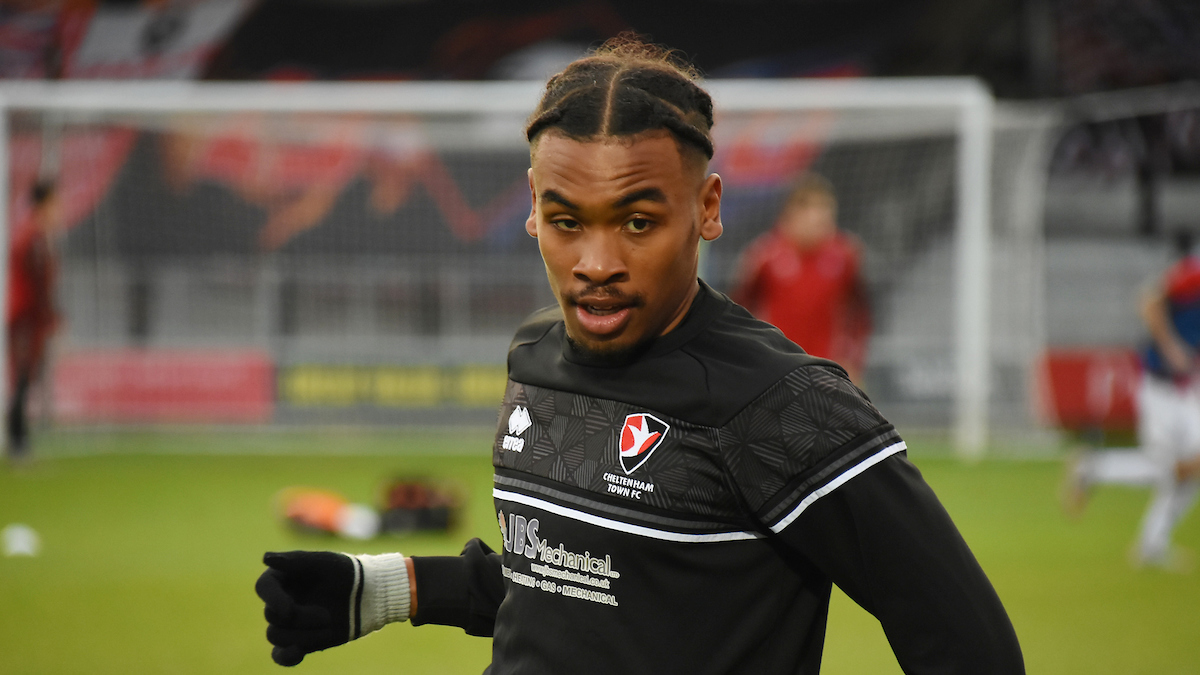 Another young Robins forward on loan in the Southern Premier Central is second year scholar Brennan Denness-Barrett. The teenager linked up with Stratford Town recently having spent most of this season on loan in the Hellenic Premier Division at Tuffley Rovers with a brief spell at Bishop's Cleeve too. 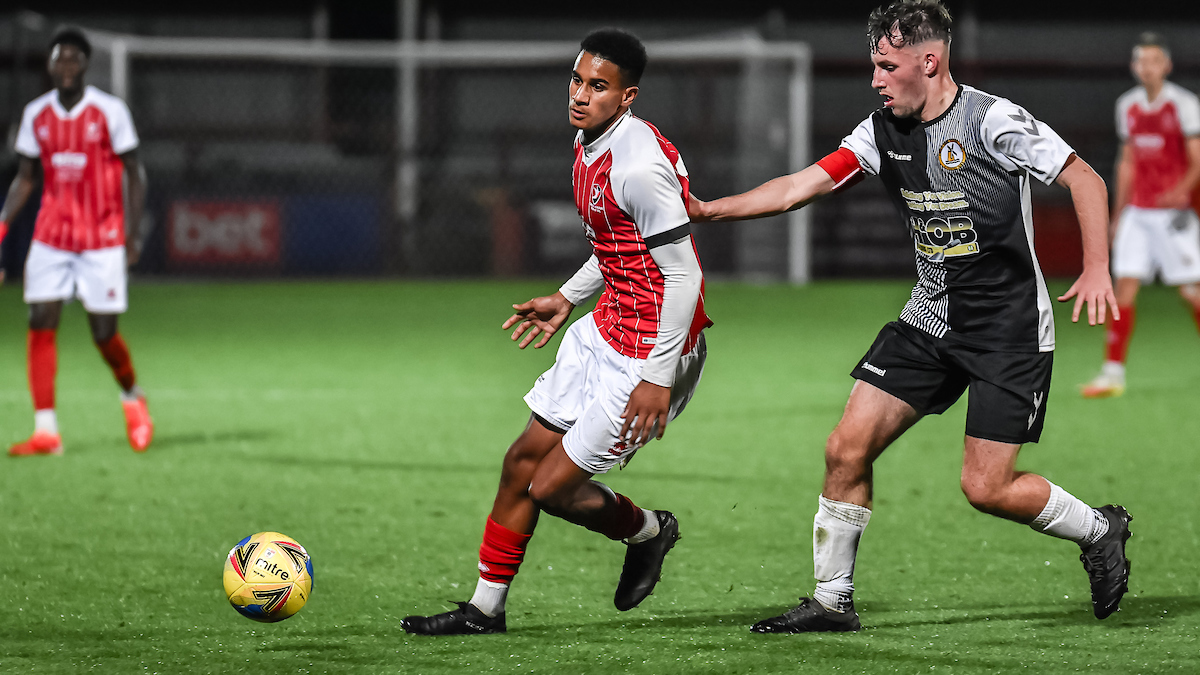 Left-sided defender Will Taylor is in the final year of his scholarship and is another who has recently joined Stratford Town in the Southern Premier Central. He made one first team appearance for the Robins this season in the Papa John's Trophy loss at Bristol Rovers but has also spent time this campaign on loan at Bishop's Cleeve and Evesham United. 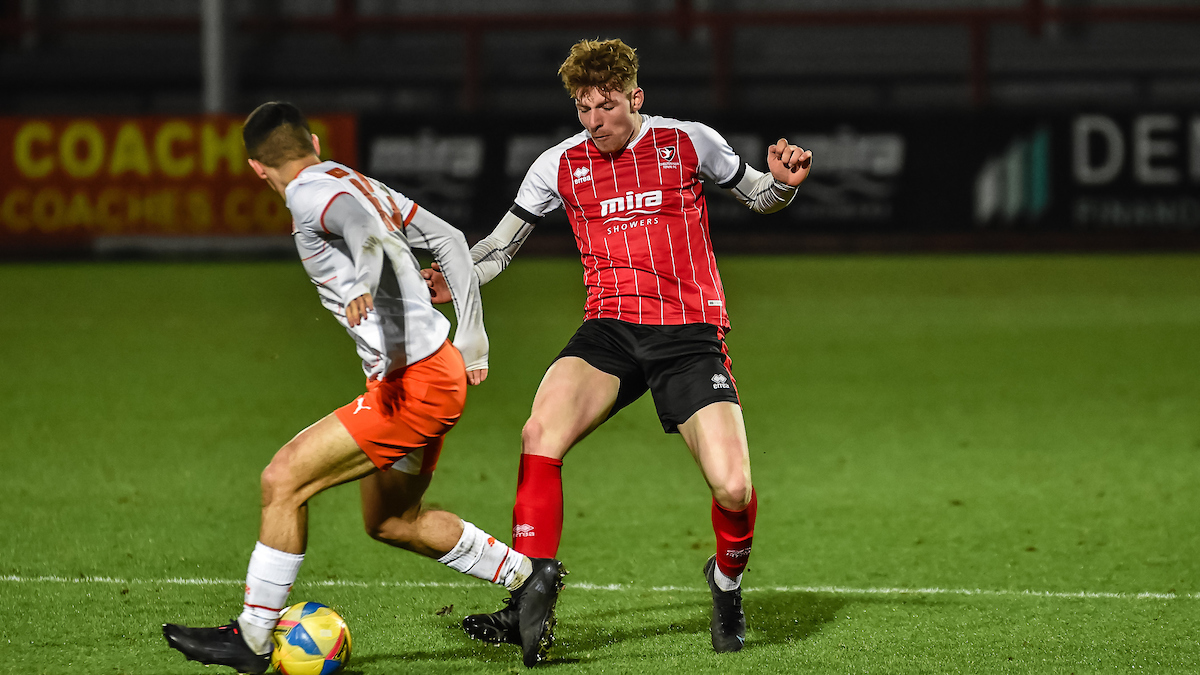 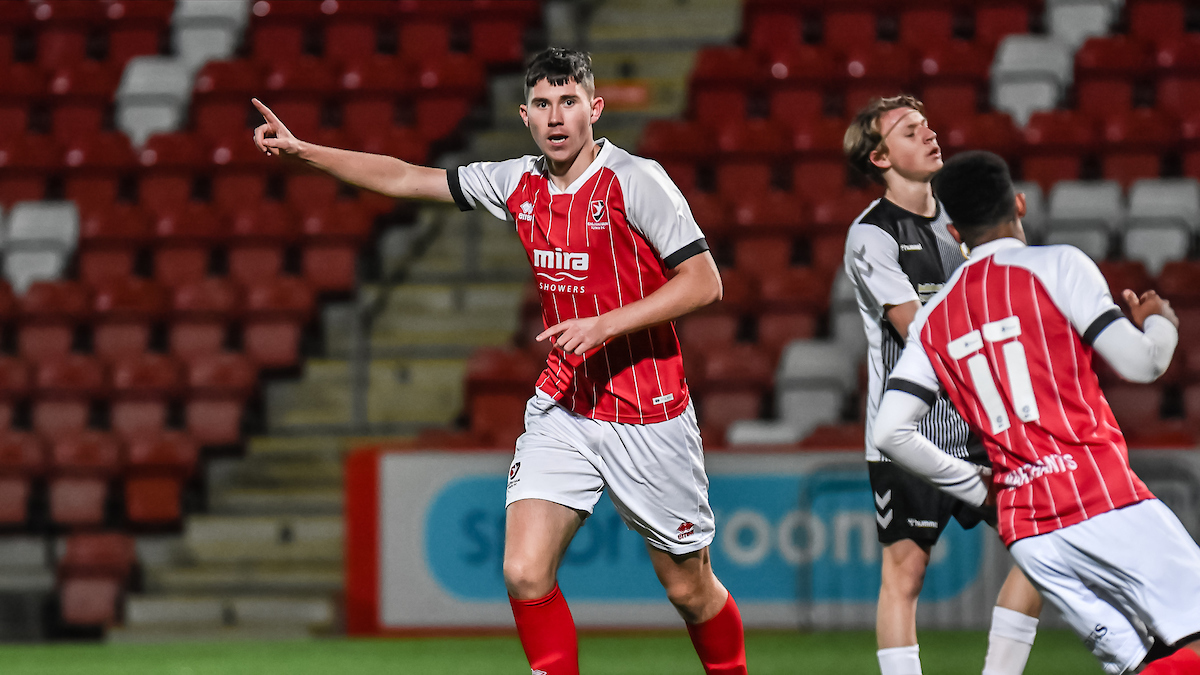 First year scholar Ben Hoy is another to have recently signed loan terms with Cinderford Town in the Southern League. The former Peterborough United shot-stopper is yet to reach the mid-point of his scholarship at Cheltenham but has already appeared once in a senior game when he was in goal in the Gloucestershire Senior Cup defeat against a strong Yate Town side who on Tuesday won the competition in the final. 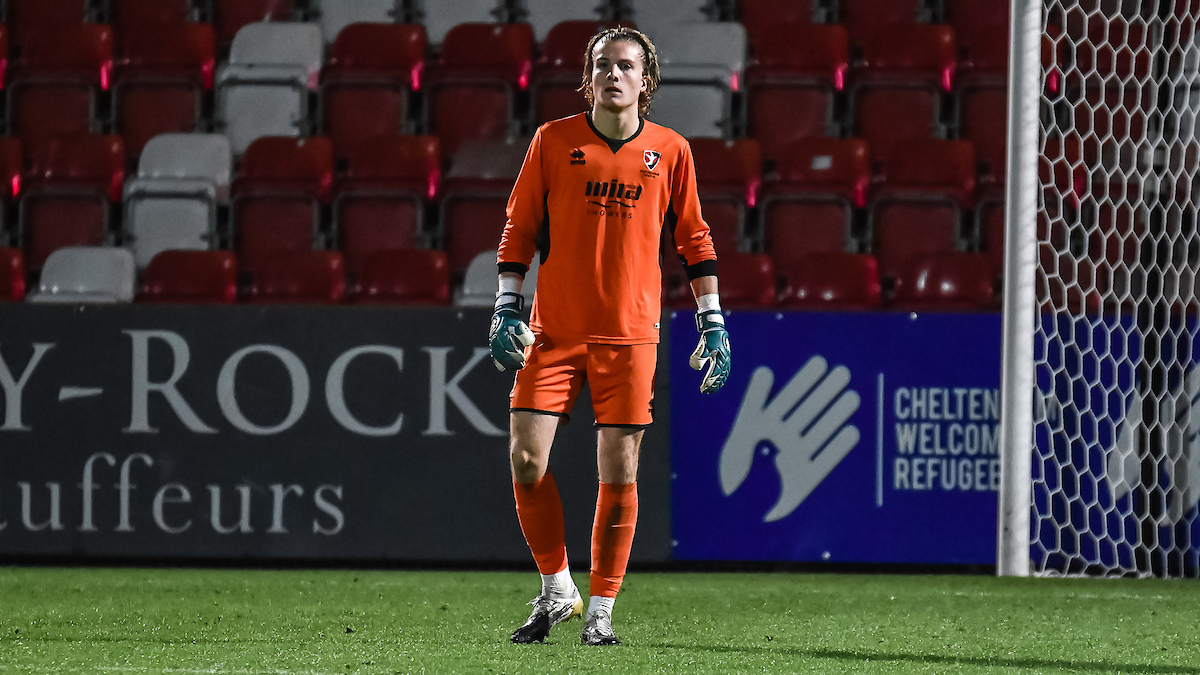 In recent weeks versatile second year scholar Archie Woodall has signed on loan for United Counties League North promotion chasers Gresley Rovers. It's the Droitwich based youngsters third loan this season having spent time at Tuffley Rovers in the Hellenic Premier Division and with Sutton Coldfield Town in the Northern Premier League Division One East. 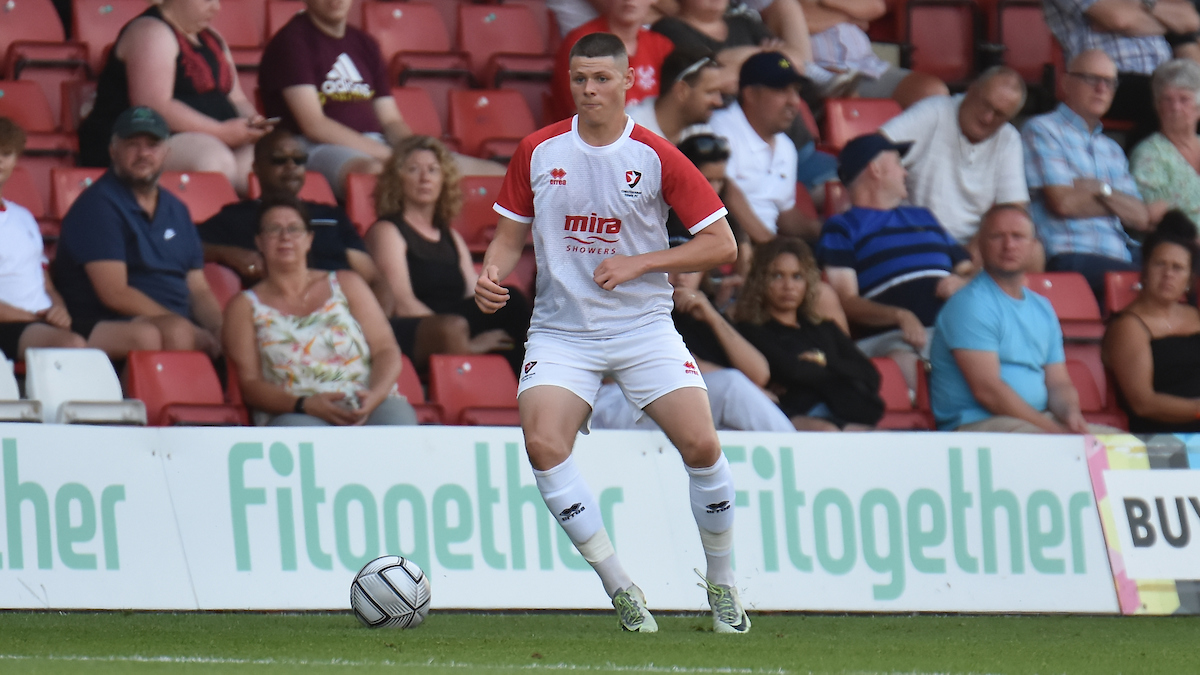 Right-sided defender Joe Hunt has spent the second year of his scholarship on loan at Southern League South Division One side Evesham United where he has impressed in their backline. The teenager has also made two first team appearances for Michael Duff's side this season in the Papa John's Trophy fixtures against Bristol Rovers and Chelsea under-21s. 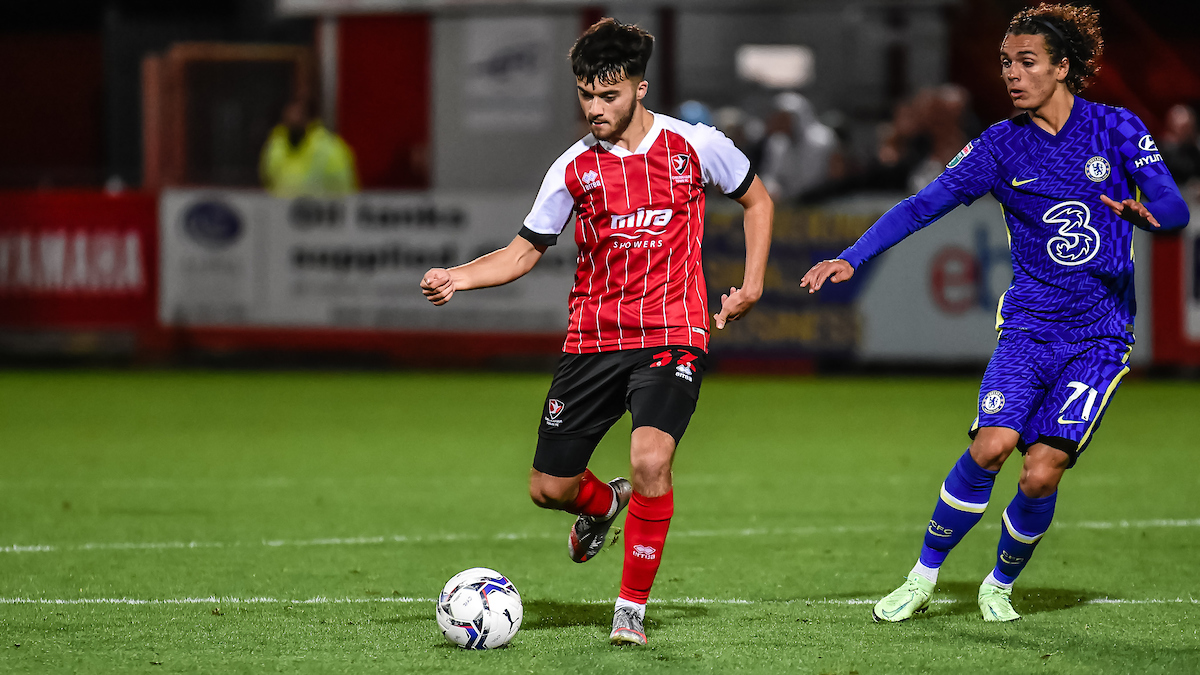 Another second year scholar to have spent the majority of the season out on loan, central midfielder Josh Aldridge has spent the campaign in the Hellenic Premier with Tuffley Rovers. The former Tottenham Hotspur trialist has made over 25 appearances for the Glevum Park outfit. 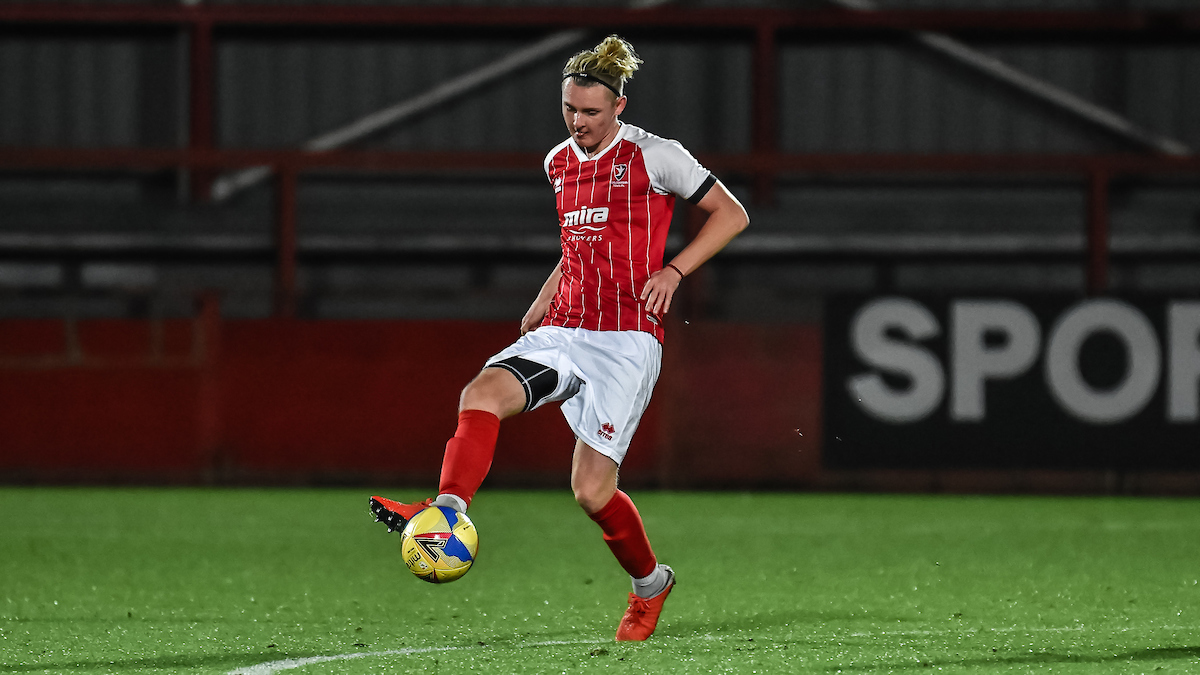 Harvey Skurek has gained senior match experience for the first time this season in a loan spell at Hellenic Premier Division side Fairford Town. The second year scholar has been at Cinder Lane for the second half of this season. 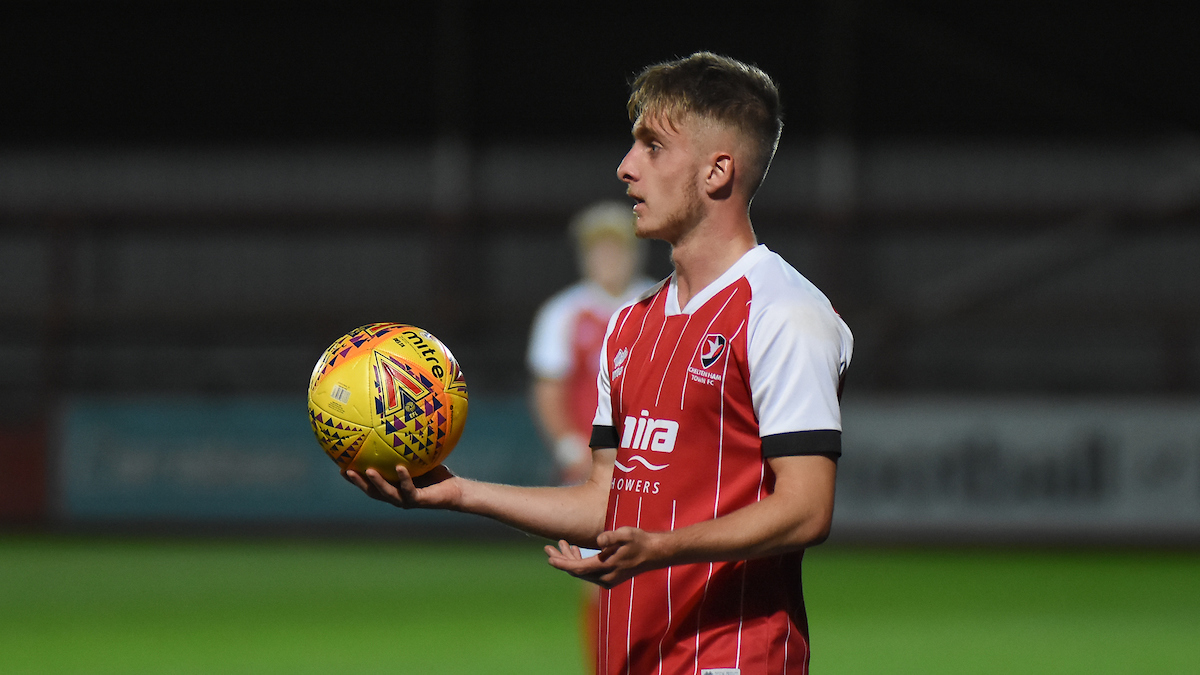 Second year scholar Charlie Dashfield has featured in the Hellenic Premier Division for high flying Cribbs in the second half of the season. The Bristol based attacker has experienced his first taste of senior action with the former Western League side, scoring in a win over Longlevens. 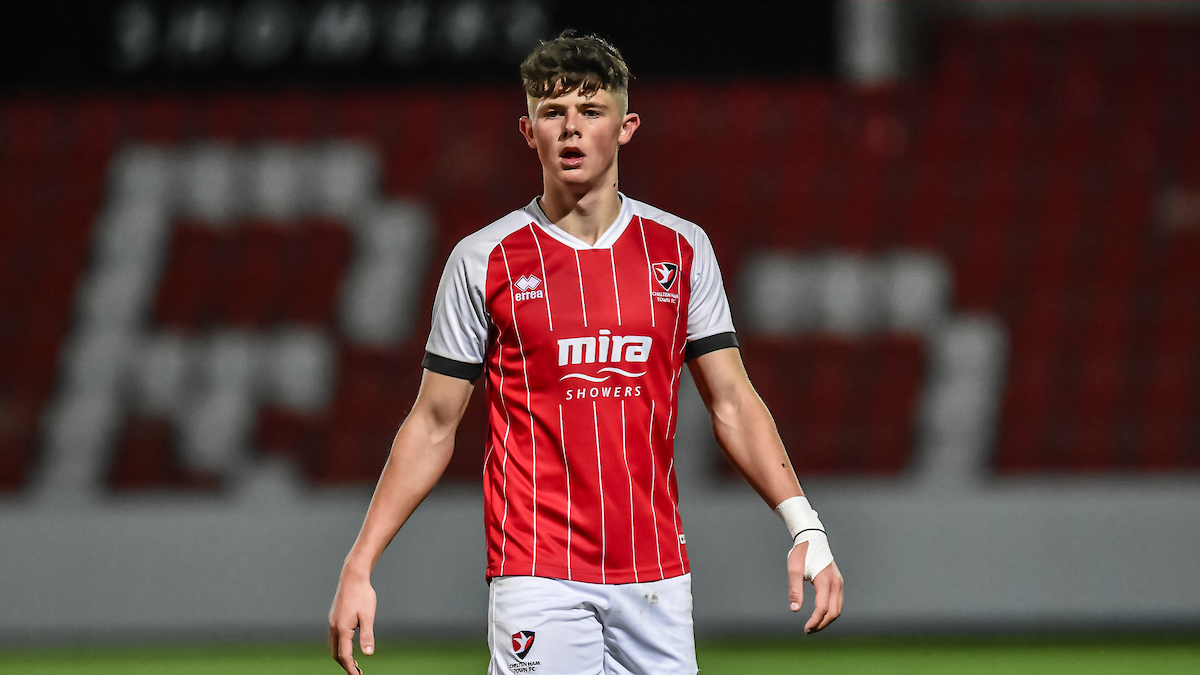 Connor Jakeways has spent the second half of the season on loan in Southern League Division One South with Evesham United. The versatile midfielder or defender spent time at Fairford Town in the Hellenic Premier earlier in the campaign. He's another player to have appeared for the first team this season in the Papa John's Trophy. 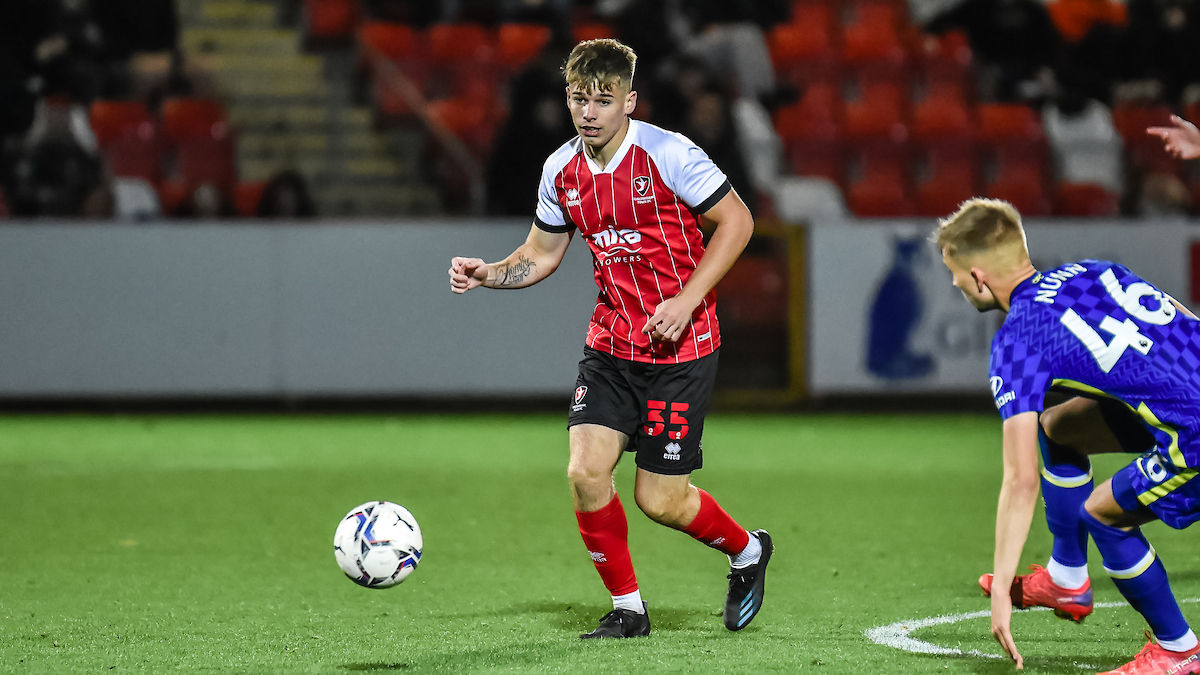 There are a number of other players at the club who have had loan spells throughout the season but who are now back at the Jonny-Rocks Stadium.

In the first team squad these include George Lloyd (Port Vale) and Elliot Bonds (Kidderminster Harriers).

Will Armitage, who was sold to Southampton during the January transfer window, also had a period on loan at Evesham before transferring to the Premier League Saints. George Clark, whose scholarship came to an end in November, also spent time with Gresley Rovers where he's remained for the whole season as part of their promotion charge.