George Lloyd will be hoping that if his injury rehabilitation continues to go positively that he'll stand a chance of still being involved in what is left of Cheltenham Town's 2021/22 League One season.

The forward, who recently celebrated his 22nd birthday, has been out of action since mid-November with an injury that forced the termination of his season-long loan spell at League Two side Port Vale.

He has endured a slow return to fitness as he's had to be patient with the nature of his injury, but there is progress being made as he eyes still trying to get onto the pitch before the end of the season.

"I'm back on the grass and been running for a few days," he confirmed. "It's been a while since I've been on the grass but it's a good marker for me to be back out there. I was getting a bit sick of the bike but it is moving along swiftly now.

"The injury was a pubis stress reponse Osteitis pubis, so the stress response is why I had a lot of time out when the bone basically needed time to heal. I had a lot of fluid in and around it and that needed to be gone. The Osteitis pubis is what I'm trying to get over now which is the joint of the pubis rubbing together - it is quite common in young footballers.

"I thought I needed to go to the toilet a lot so when I was at Port Vale I was complaining about that and pain in that sort of area. It turned out after a few weeks that I ended up having to go for a scan because it was getting worse. I saw a specialist a week later and then everything got diagnosed."

He has been back with the Robins since December when it became clear that his loan agreement at Port Vale was unlikely to continue. 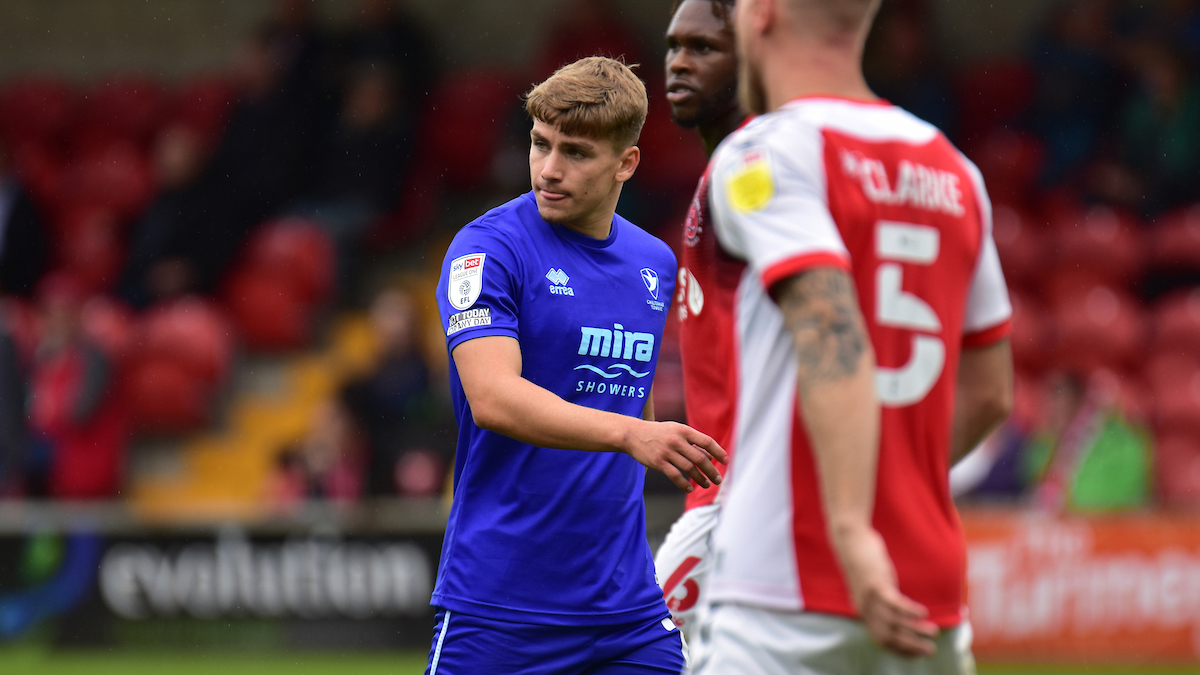 In total he made 11 appearances in all competitions for the Valiants, scoring twice, as he helped them to the top end of League Two before his departure back to Gloucestershire.

The second different loan club of his career, but his first in the Football League, he was pleased to add another experience to his football CV to aid his chances of contributing when he was back as a Cheltenham player.

"The gaffer rang me on a Sunday and said they'd come in for me and he didn't think it was a bad thing for me to get some more game time in League Two," Lloyd explains.

"Port Vale is a big club and they had a lot of players there. At one point I think they had too many to put in the actual list and we had too many so we had people out on loan and people getting paid up. When I got there it was hard work. We had six strikers and when I got injured four others were also injured so it was luck of the draw that as soon as everyone else was out I was out as well. That was annoying but I had a chat with the gaffer and a few clubs who were interested and then decided to make the move.

"I spoke to Darrell Clarke and he said he'd watched my clips and he liked me as a player and wanted to bring me in. They've got some big names there all over the pitch - Aaron Martin who has had a good career, Lucas Covolan in goal who nearly went up last year with Torquay, James Wilson and Jamie Proctor are strikers and two very big names in the League so it was hard work.

"The intensity in training was good and Darrell Clarke can change at a minutes notice so you've always got to be prepared - he's changed teams before and you can suddenly be starting. I didn't play for the first few but then I started getting off the bench doing quite well. I got a start and then a few weeks later I was injured. 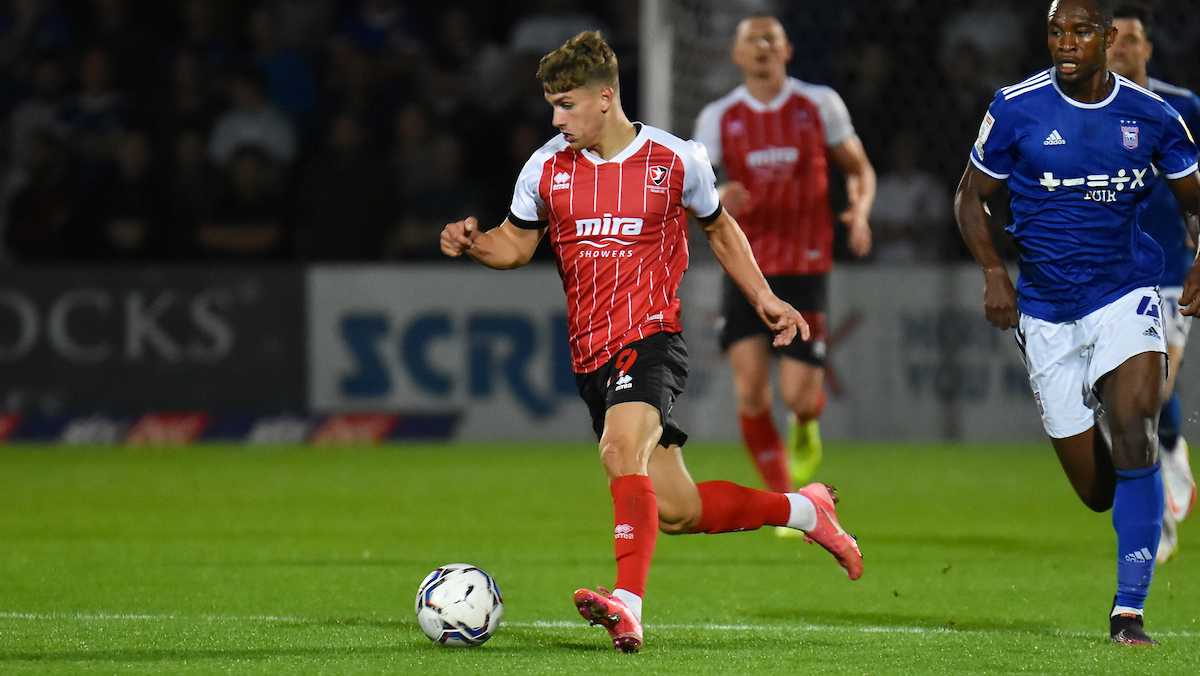 "It probably helped that I didn't have any time to think about moving there because it happened on the Sunday and then I was off there on the Monday. I loved moving away from home, cooking my own food, being able to crack on, and even stuff like sitting at the table and doing university work because elsewhere someone can be in the front room and be a bit loud so it was really nice going away. It was a good experience, a good learning curve. I came away not just learning a lot off the pitch but on the pitch as well."

If he keeps progressing on his return from injury then he is hopeful he may be involved in some matchday squads towards the end of Cheltenham's first League One campaign since the 2008/09 season.

Contracted until the summer of 2024, he's still got plenty of time to show what he can do in a Cheltenham shirt and build on a succcessful campaign last season where he featured regularly as the Robins romped to the League Two title.

"I've made quite a few appearances and I need to knuckle down and try and become a regular. I need to add numbers to my game and there are opportunities for anyone out there in football terms at different clubs but my main focus now is getting back fit and then trying to play a few games before Cheltenham before the end of the season.

"I've got the contract behind me so I'm not going to go into this summer worrying coming off the back of a big injury. That's also not in my mind about the contract - it's just trying to do well. I think there may be a bit of added pressure if I didn't have the contract but on the flip side I'm not thinking that because I've got a contract I'm going to be all right - I want to kick on and do well." 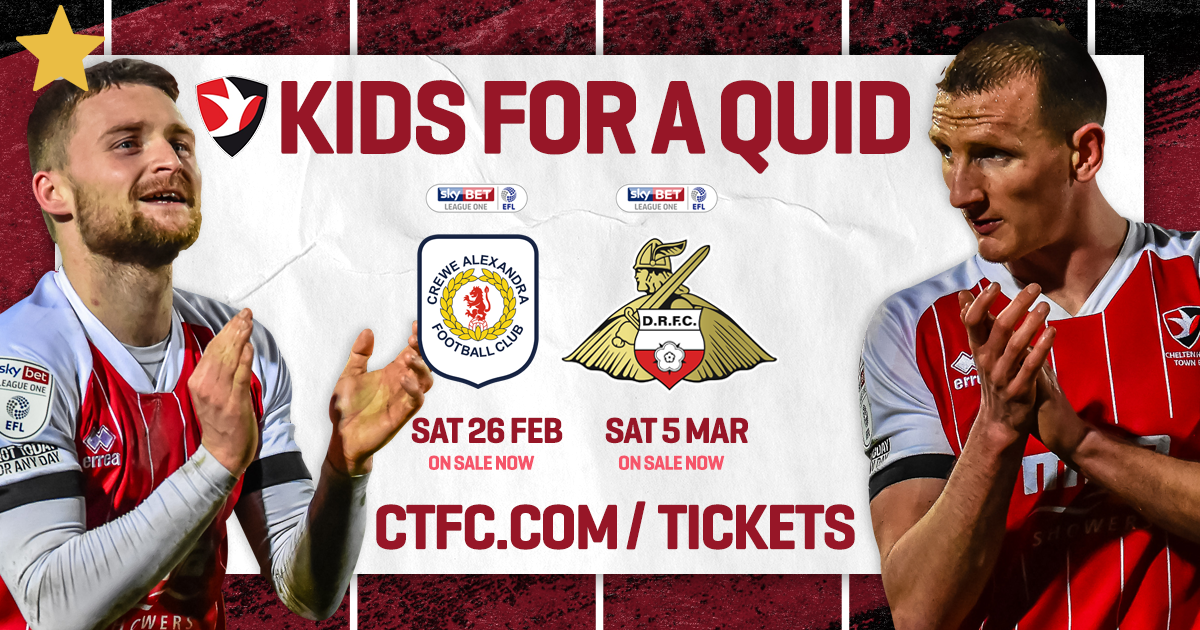