Cheltenham Town took a giant step towards League One safety with this invaluable win in Morecambe.

This was not an occasion for the puirists by any means with the Shrimps battling for League One survival but Michael Duff named a side built for the challenge and it paid dividends, picking up a third win on the road this term.

Succesful afternoons here have been few and far between in recent times with ten previous league visits yielding just two wins but their experience and physicality told, Liam Sercombe setting them on their way with a goal on the stroke of half-time.

Within seconds of the restart, Callum Wright had extended the lead with his sixth of the season but the home side responded and got one of their own to give themselves an outside chance of a comeback.

Duff though made the changes to take the sting out of the occasion and in the end, the man-of-the-moment Alfie May put the contest beyond doubt ten minutes from time. 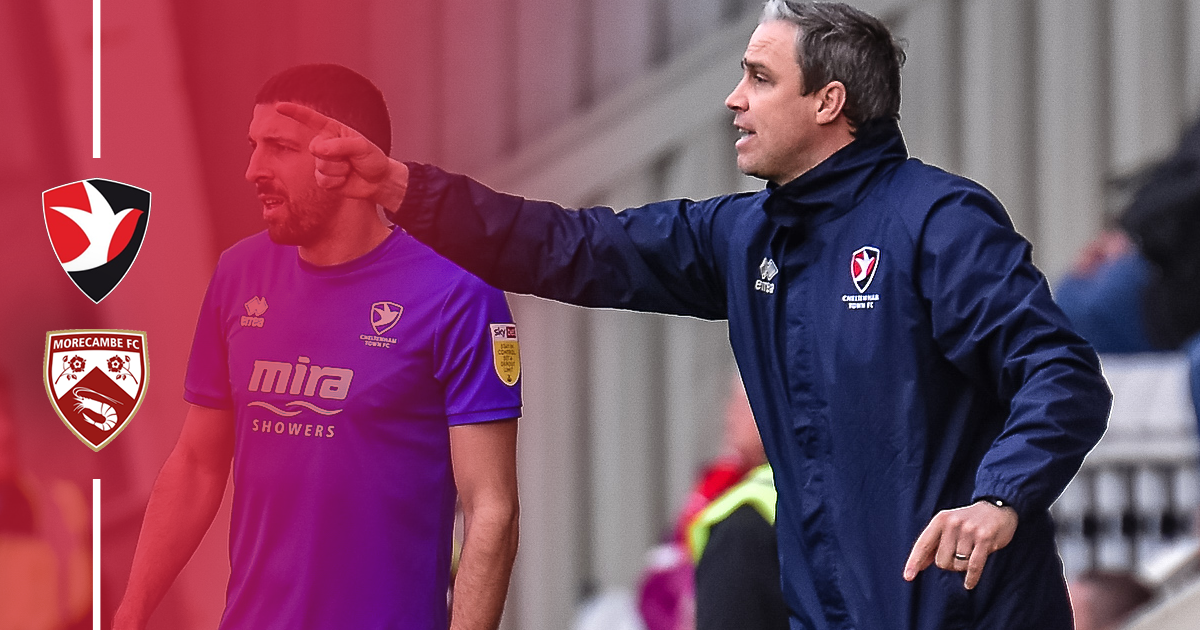 "It was the first time we've won away in four months and at this stage of the season, when wins are important, so it was a great result," he said afterwards.

"We haven't been great on a Saturday, when we've had to play Saturday, Tuesday and then Saturday so to do it with two away games this week, and an overnighter, was pleasing.

"It was never going to be a great day today with the state of the league, the state of the pitch and the amount that was on the result. They will have 100% ident"ified this as a game to target to get themselves out of trouble.

"They drew with Ipswich Town last week so they make it really difficult so we had to do all parts of the game well. It was a big win, no doubt about it."

Duff made three changes to the team that were beaten in Milton Keynes on Tuesday night. In came Sean Long, Elliot Bonds and Andy Williams for Mattie Pollock, Charlie Colkett and Kion Etete, restoring the 3-5-2 formation that has served him so well this term.

The first half was evenly contested but low on quality with chances at a premium. Town produced three efforts from range, two by Wright and the other by Andy Williams although they failed to test Trevor Carson, the Robins player of the season in 2014/15.

However Sercombe produced the decisive moment of the first half when he picked up a ball by Wright and drove into space and released an effort, deflecting off the back of a defender to beat Carson from 25 yards.

The first half may have been low on excitement but it burst into life moments after the restart.

They doubled their advantage within a minute of the restart through Wright, netting his sixth – and probably his easiest – goal of the campaign. Sean Long sent in a throw, flicked on by Will Boyle into the path of Elliot Bonds who took aim from 12 yards. Carson saved, but it dropped into the path of the Leicester City loanee who made no mistake from close-range.

The home side responded well and pulled one back only six minutes later. There had been an almighty goalmouth scramble in which they could have taken any one of four chances to score but it was Greg Leigh who took his chance moments later to stab home Cole Stockton's low ball at the second attempt.

Next Carson and Owen Evans traded saves, low to their right, to prevent Andy Williams and Stockton from the edge of the box.

Duff made a couple of changes to regain the initiative, sending on Charlie Colkett (for Bonds) and Lewis Freestone (Ben Williams) and it had its desired effect, restricting Morecambe to a wild effort by Adam Phillips.

May added the third ten minutes from time to seal the win and again it started out on the left and throw by Long. Wright picked it up and scuffed a shot that fell to the in-form striker who accepted the chance to from close-range. 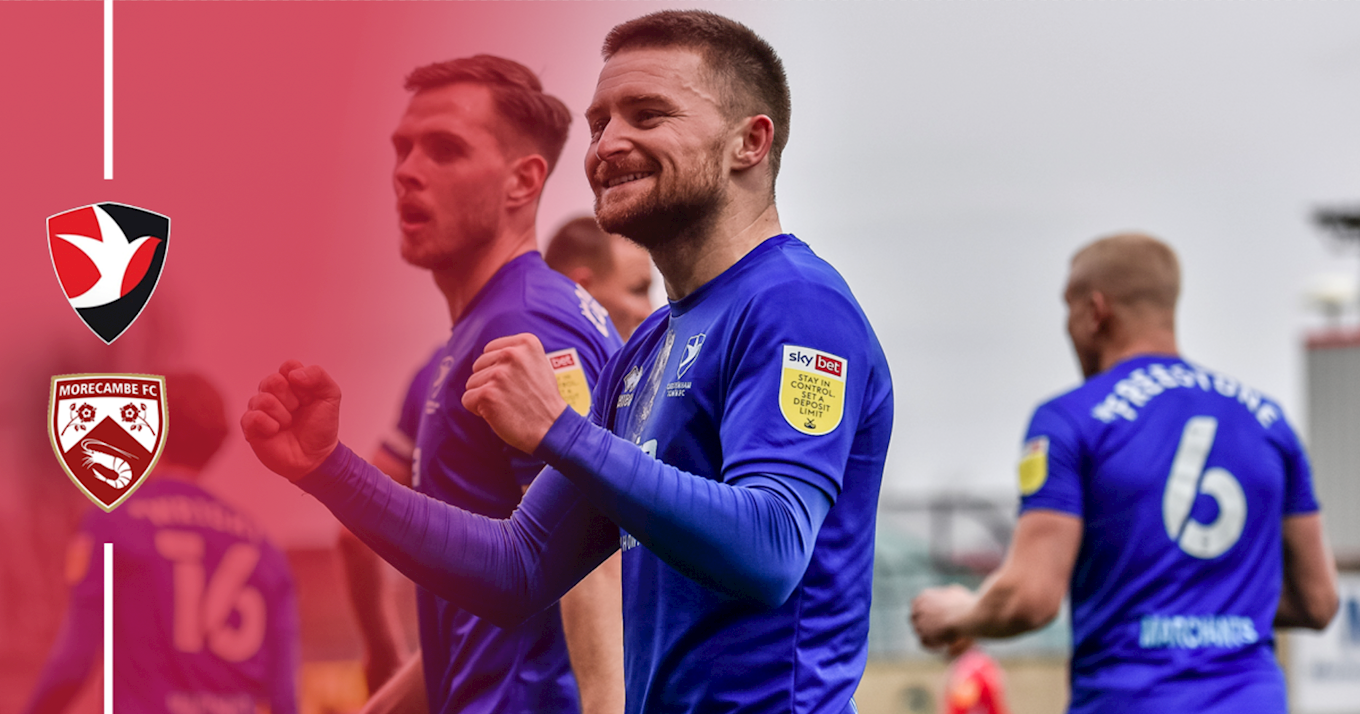