Battling Cheltenham Town slipped to defeat by MK Dons this evening but they didn’t go down without a fight.

It was the Robins’ third visit to this impressive arena and on each occasion they have shipped three goals. However their season will not be defined by the loss here.

All the damage was done before the break, shipping a pair goals in the space of two first-half minutes to give themselves a mountain to climb at the promotion chasers.

They responded well to the double setback and enjoyed plenty of ball after the break, fashioning a string of chances to get back into it.

In the end, they were caught out by a decisive third goal with five minutes remaining.

They more than deserved a goal for their efforts and they got it in the final minute of normal time when Will Boyle headed home. 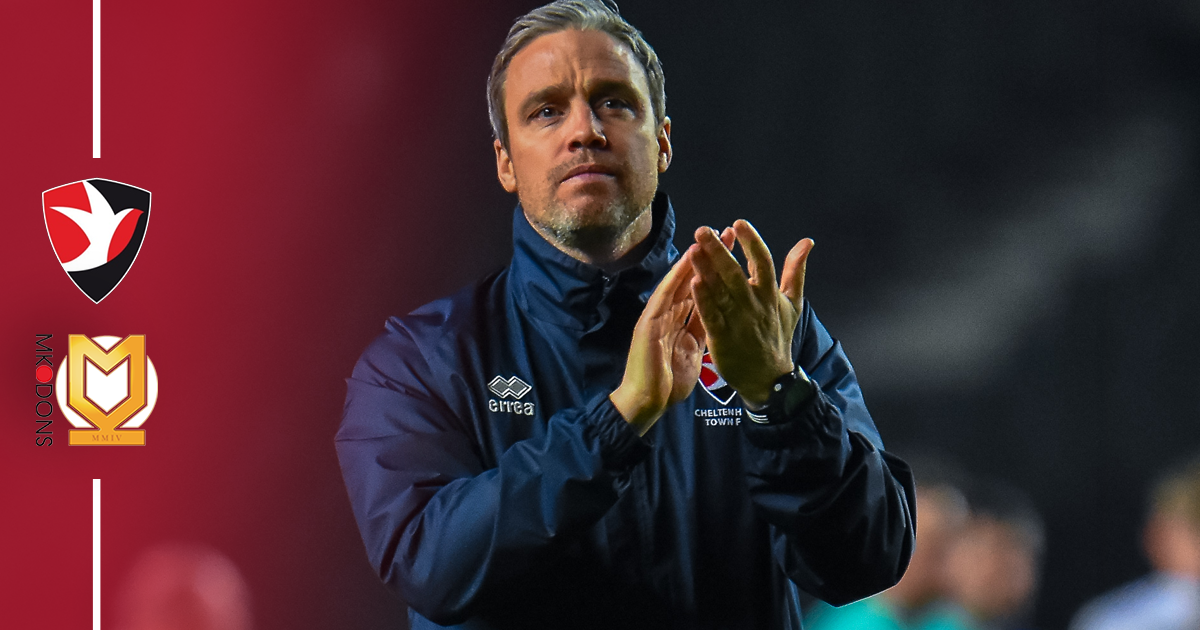 There were plenty of positives despite the result and the manager was full of praise for his side’s togetherness afterwards.

“We were probably a bit too passive in the first half but we changed it after the break and we had a go,” he said.

“That’s 26 points out of 30 they’ve just taken so they’re a good team but Owen [Evans] hasn’t had a load of saves to make and we had as many shots as them.

“I’m not saying we deserved to win the game but sometimes you just have to lick your wounds and move on.

“The fact that we scored at 3-0 down, at the end of the game, shows you we go right to the end and it tells you a lot about the group.

“There was no giving in and we stuck together right until the end. That’s what’s got us to where we are and that’s what we’ll keep doing.” 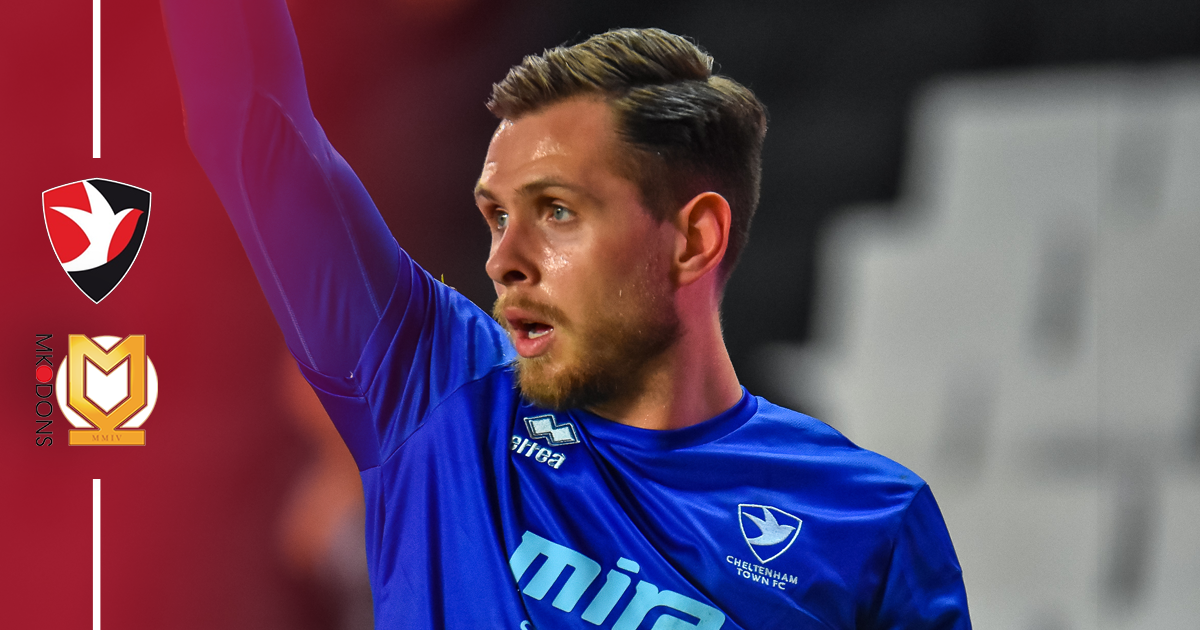 He made two changes to the side that defeated Doncaster Rovers four days ago. In came Liam Sercombe (for Elliot Bonds) and Charlie Colkett (Kion Etete), lining up in a revamped 3-4-2-1 formation to match their opponents.

Callum Wright (right) and Aaron Ramsey supported Alfie May in attack but the in-form striker was feeding on scraps before the interval.

There was very little to write home about until the Dons produced two goals in quick succession midway through the opening 45 minutes. First Troy Parrott headed home, meeting Matt Smith’s delivery with a fine header to beat Owen Evans.

Three minutes later Mo Eisa raced onto a fantastic ball by Harry Darling, took a touch and produced a calm finish to double the advantage. Warren O’Hora was a whisker away from a third moments later but Evans held it. 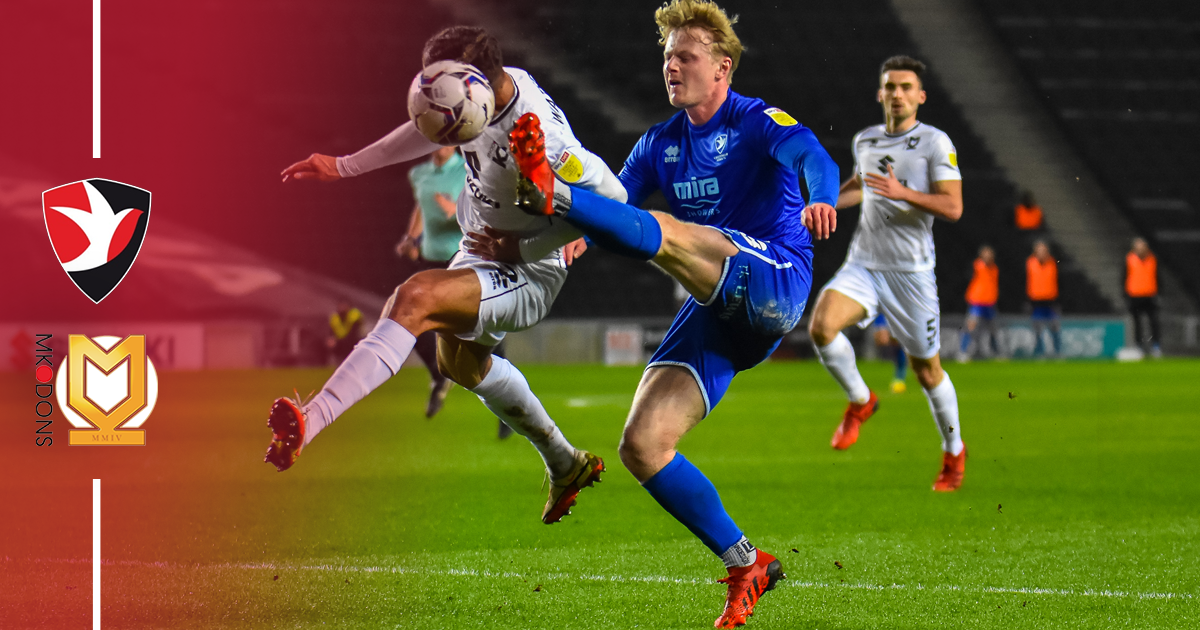 Sean Long replaced Mattie Pollock at the break and Duff switched to a 4-2-3-1 formation with Sercombe and Colkett screening the back three.

It had its desired effect. His side looked more dangerous and produced a great chance for Ramsey, but the midfielder lost control at the decisive moment.

The MK Dons number one was then smart to tip over a cross by Sercombe as the Robins enjoyed the lion’s share of possession.

But it was the home side who put the contest beyond reach five minutes from time when Parrot raced on to Corbeanu’s threaded ball and found the inside of the left upright from 16 yards. 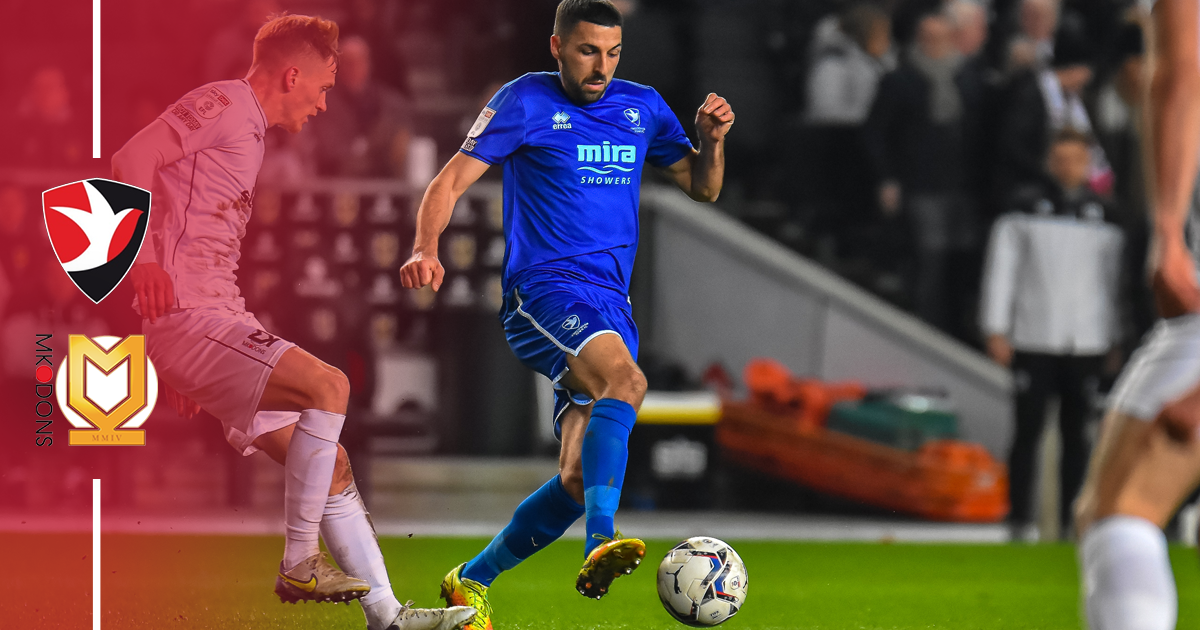