We will travel to face Evesham United in our first friendly of the summer tomorrow.

The club's pre-season opener will be the first game in charge for new head coach Wade Elliott, who says the players are eager to kick-off their campaign tomorrow (Saturday 2 July) at the Spiers & Hartwell Jubilee Stadium.

"The players are chomping at the bit to get started. It's been two hard weeks where they get ran, get worked, and have returned to training well after a six week-long off-season programme," said Elliott.

Robins fans can expect a big squad appearance against Evesham, bar forwards Alfie May and Charlie Brown who are missing the game due to minor injuries.

"Nearly everyone is available for the match. Alfie's had a successful minor operation, so now he's mobile and back on the grass. Charlie had a minor niggle, so we've been ultra-cautious with him as we don't want to rush him as well.

"The squad will also be supplemented by scholars, and split into two teams. Everyone's excited and looking forward to it."

When making your way to the stadium, the post code for sat navs is WR11 2LZ.

The match will kick-off at 3pm and tickets are available on the gate. Prices are adults £10, concessions £7 and juniors £3.

Come and support new head coach and the Robins as our pre-season campaign gets underway in Worcestershire. 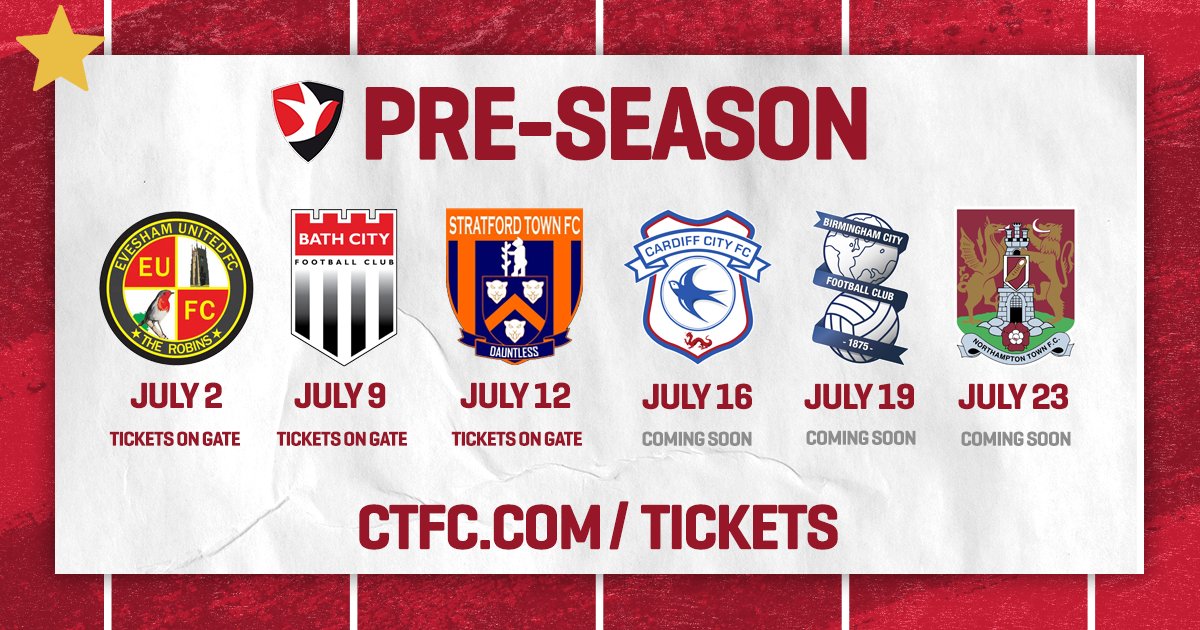