Cheltenham Town finished their pre-season schedule with a solid 2-0 victory against League Two outfit Northampton Town at the Completely-Suzuki Stadium.

The Cobblers had the hosts on the back foot early on but Wade Elliott’s side soon settled and sealed a comfortable victory courtesy of goals from strikers Alfie May and Dan Nlundulu in the first half.

Loan addition Luke Southwood started in goal for the Robins, with the three other signings from earlier in the week all on the bench as substitutes and appearing in the second period.

Cobblers new signing Danny Hylton dropped his shoulder to cleverly get away from Lewis Freestone and despite going down with strong claims of a penalty, the referee waved play on after a few minutes.

A softer challenge by Charlie Raglan on Hylton was given as a spot-kick in the 11th minute, only for the experienced forward to strike the bottom of the post.

Northampton were quicker out of the block and Hylton’s strike partner Louis Appere also struck the woodwork, as his effort defected past Southwood and span off the inside of the post.

Cheltenham’s first effort of the match proved to be the opener on 34 minutes, and it was one of real quality from May.

A sublime pass from Elliot Bonds found May on the wide left and he cut into the box to unleash a trademark finish into the opposite bottom corner to fire Wade’s side ahead. 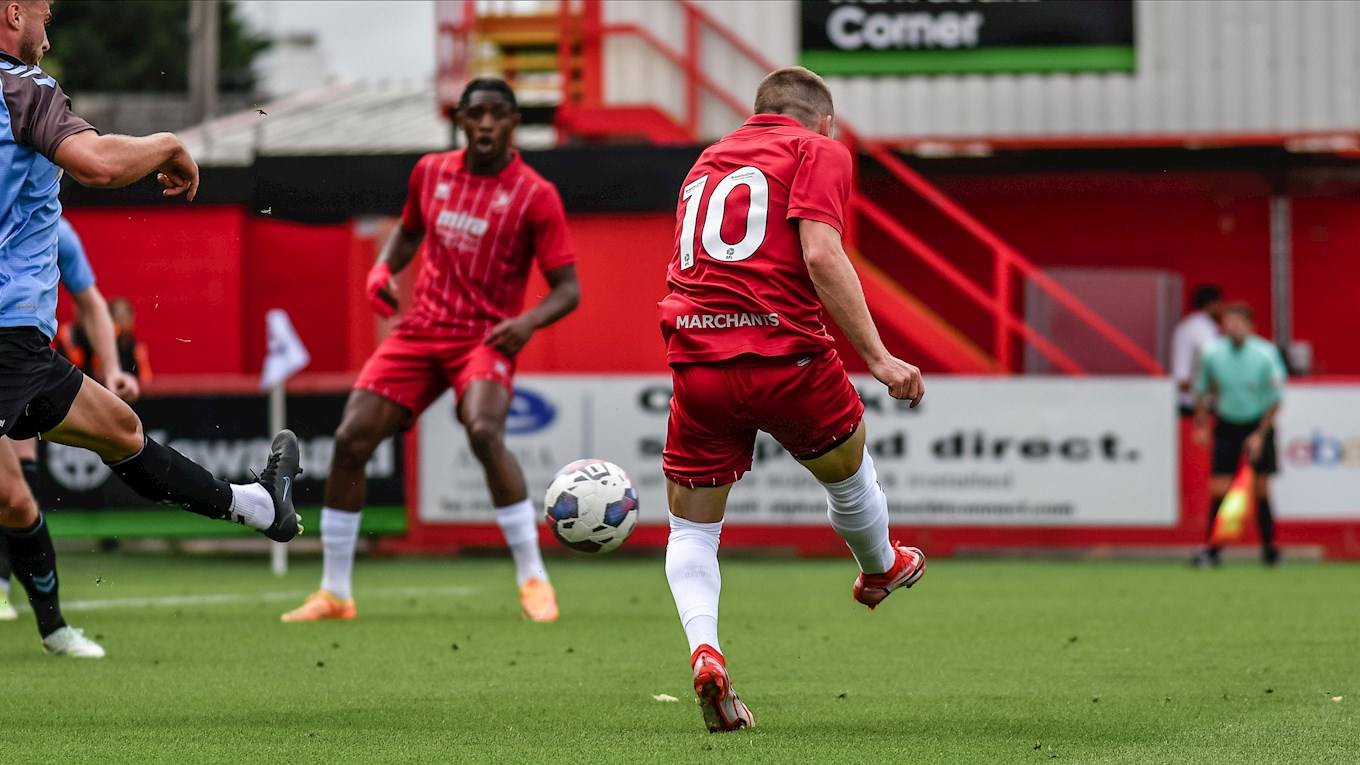 It was a better end to the half from the hosts, some strong hold up play from Nlundulu saw him turn and play in May who crossed for Ben Williams to loop a header just over the crossbar.

Nlundulu then doubled the Robins’ lead by once again using his strength, turning and smashing in from an angle with less than three minutes to go until the interval to delight the home crowd. 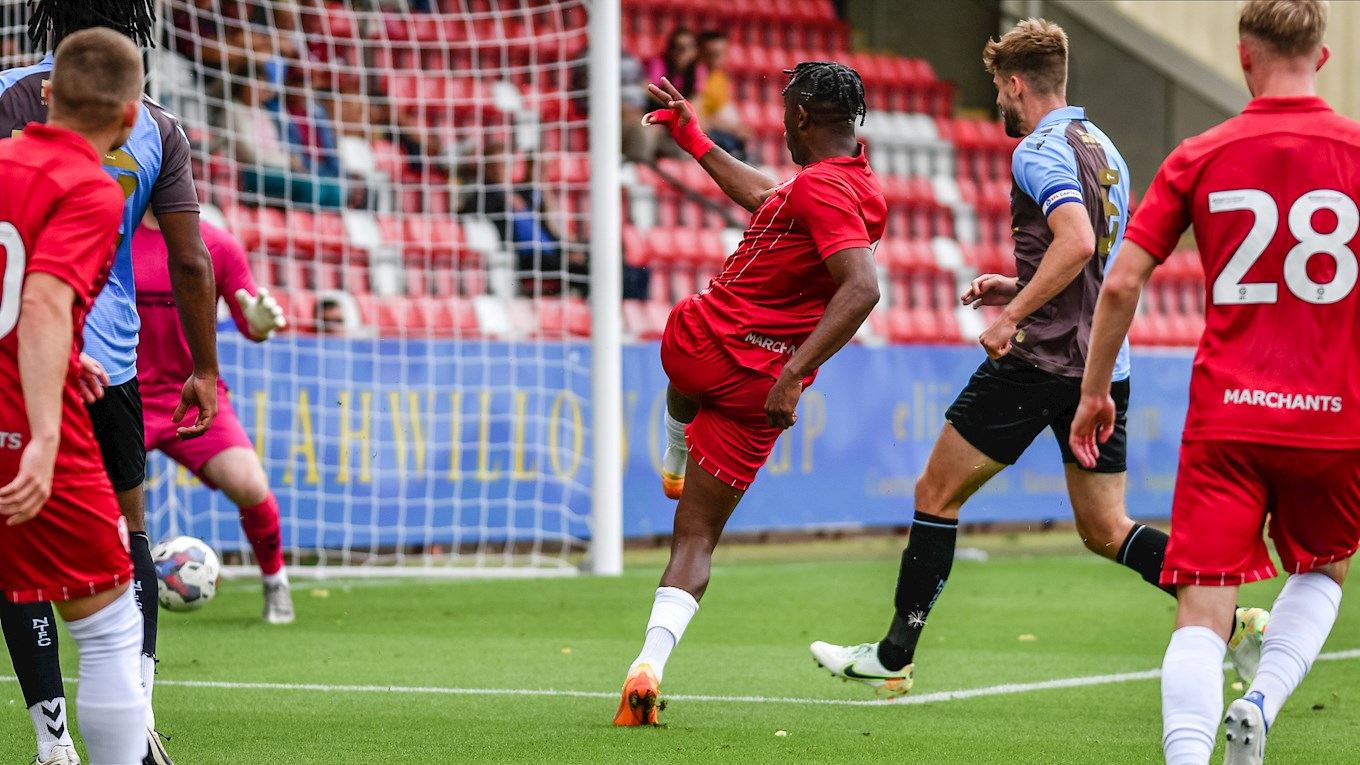 A free-flowing Robins move nearly resulted in another for May, this time with Williams crossing to him only for the header to be blocked behind for a corner.

The 29-year-old did have the ball in the net again from the resulting set-piece only for it to be disallowed for offside, bundling home after Raglan’s header was parried by Lee Burge.

Coming on for his first appearance, Caleb Taylor did well to run the ball out of defence, but a short pass allowed Mitch Pinnock to steal possession and off target.

The other two Cheltenham changes were impressing, as Ryan Jackson flashed a dangerous cross into the box and Charlie Brown was unlucky not to score after starting a move and volleying wide Williams’ cross.

Freestone was a few inches away from scoring a fantastic goal on the edge of the box, firing an effort that whistled past the top corner as Wade’s team continued to improve as the game progressed.

Nlundulu controlled Sean Long’s long through pass excellently but smashed his effort into the Optimising IT Stand as Cheltenham went for a third.

Two was enough though as the Robins finished their pre-season campaign having lost just once ahead of the new Sky Bet League One campaign that starts against Peterborough United next Saturday.