Cheltenham Town were narrowly edged out 2-1 by Cardiff City in their first home pre-season fixture at the Completely-Suzuki Stadium under Head Coach Wade Elliott.

The Robins put in an encouraging display against Championship opposition, particularly in the first half as Liam Sercombe fired them ahead, but the Bluebirds came from behind to win after making a full 11 changes in the final half an hour courtesy of goals from forwards Mark Harris and Max Watters.

Wade was pleased with the encouraging signs his team showed, particularly in the opening 60 minutes.

“It was a good run out. Obviously if we lose any game, I’m going to be a little bit irked but if I take an objective view then there’s lots of positives to take out of that,” he said.

“They were really fit and strong, they deliberately had a tough week, we knew the weather would mean that they would come into it a little bit fatigued from the work done in training. 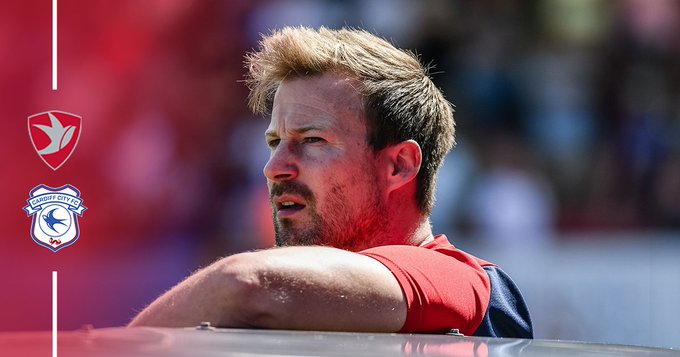 “We spoke to the lads at half-time because we knew Cardiff were going to change their 11 after 60 minutes so it was almost two games within the game.

“The first hour was what you would expect from a normal match and the last half an hour I was expecting us to be under the cosh a little bit.”

Six minutes in Jak Alnwick flapped at Dennis Gyamfi’s free-kick and George Lloyd tried to hook the ball into the net but the Cardiff stopper recovered to catch his effort.

Lloyd had an even better opportunity in the 10th minute when played through after some neat footwork and link-up play between Ellis Chapman and Sercombe – only to be denied by Alnwick and the offside flag.

It was a strong start in the sunshine as Wade Elliott took charge of his first home game and Curtis Nelson’s impeccably timed challenge denied Dan Nlundulu a sight at goal as the Robins showed promise.

The Bluebirds had their first sight of goal in the 20th minute, a free header from Mark McGuiness that landed onto the roof of the net – with Shaun MacDonald remaining largely untroubled in the early stages of his first start as the hosts kept their shape well.

Cheltenham found the opener shortly before the break as Sercombe was alert to play on following a foul, carrying the ball into the box before coolly slotting into the bottom corner to net his second goal of pre-season so far.

The visitors were inches away from equalising moments later, Lloyd’s loose pass allowed Jack Leahy space to run into and his powerful effort was superbly tipped onto the crossbar by MacDonald.

Gyamfi was quick to counter in the next phase of play down the right, teeing up Nlundulu to test Alnwick once more as Wade’s team finished the half on top.

The Welsh side drew level on the hour mark as Mark Harris was brought down by MacDonald with the striker stepping up to convert in front of the travelling support before Steve Morison made a full 11 changes.

One of those substitutes in Watters had a free-header on the penalty spot that was too tame to trouble MacDonald.

Romaine Sawyers did test the 25-year-old from a tight angle before another summer arrival from West Brom in Cedric Kipre blazed high into the stand.

First appearances of pre-season for Matty Blair, Alfie May and Grant Horton came with just under 15 minutes to go which was a promising sign for the home support as the trio came back from injury. 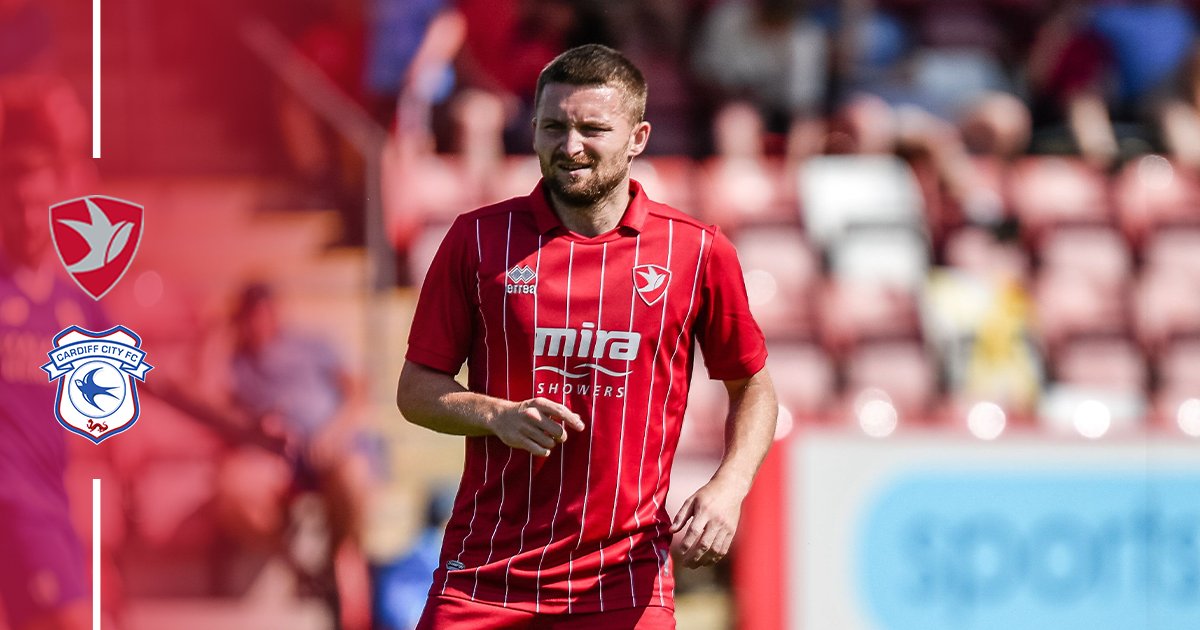 Watters smashed home the winner with a few minutes remaining after the Robins failed to deal with a cross from the left flank but they can take plenty of positives from the afternoon’s showing against a team in the division above.