Long-standing principal club partners Mira Showers have agreed a multi-year extension to their ‘front of shirt’ partnership meaning our home and away shirts will have adorned the Mira brand for over 15 years.

Having supported their preparations for life in the third tier of English football by funding a new home kit, away kit and VEO camera equipment, Mira Showers have ensured the levels of analysis and coaching feedback afforded to the players can increase and be sustained.

Mira Showers first appeared on the front of the shirt during the 2008/09 season and will remain in position until at least the end of the 2023/24 season.

In total there have been 20 shirts since the partnership began back in 2008, 18 of them have carried the company's branding. 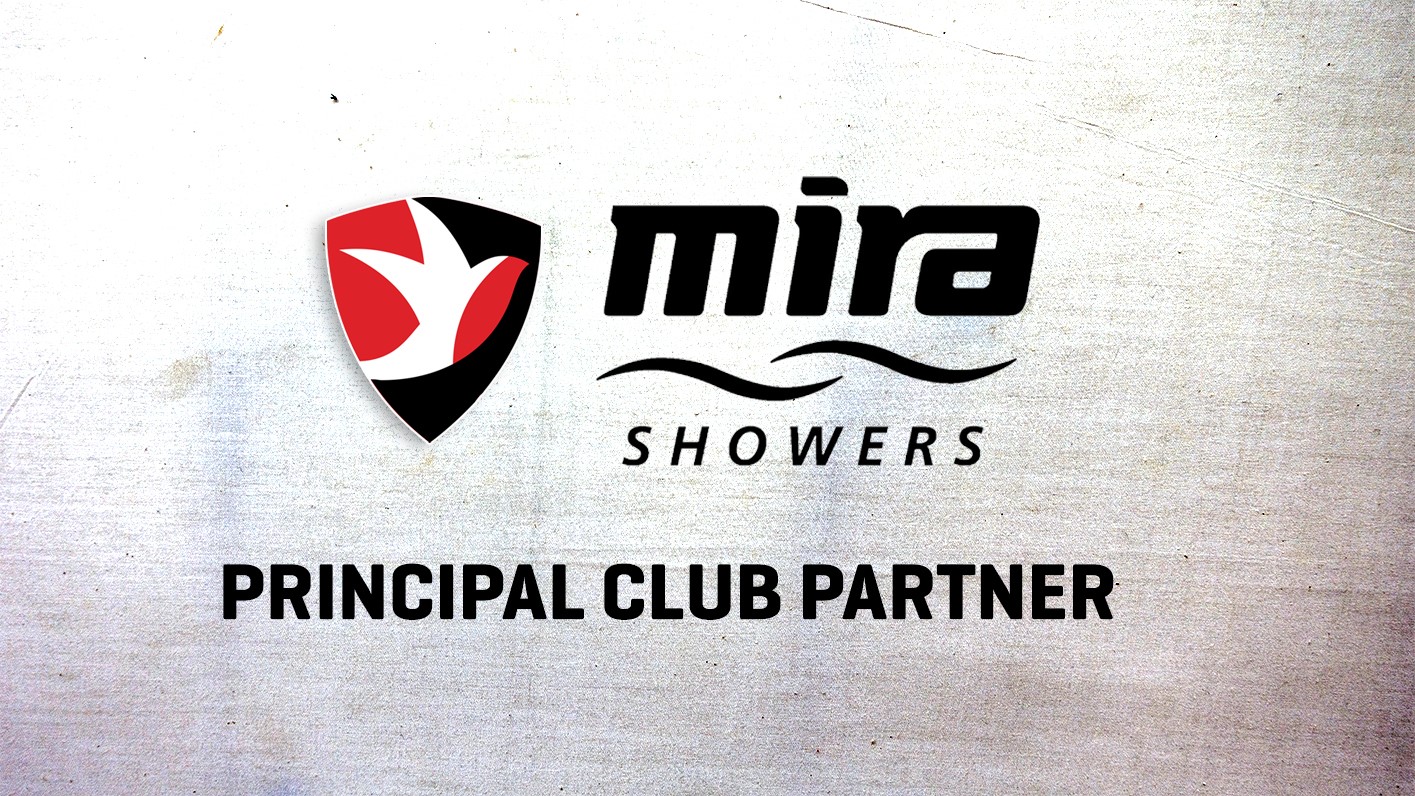 Two were donated for charity initiatives, one with the British Lung Foundation in 2017 and the other with the Hollie Gazzard Trust three years later.

Wade Elliott will become the tenth manager to send his players out in a Mira Showers shirt later this month against Peterborough United. Keith Downing was the first at Northampton Town, a 4-2 defeat at Sixfields.

A company with local community partnerships at its core, the benefits of the Mira partnership are wide-ranging, with the most recent partnership activation coming by way of our ‘History Makers Mural’, an eye-catching piece of work in the Completely-Suzuki Stadium car park, that was funded by Mira.

"As a business that employs around 600 people here in Cheltenham, many of which being fans and stewards, the club plays an important part in the lives of our associates here at Mira.

"Our partnership is something that we’re incredibly proud of and after 15 years of sponsoring the club and supporting them in their journey, we can’t wait to see how the team evolves under the leadership of Wade. Being able join them on this new chapter is very exciting."

Richard Morris, Head of Commercial at Cheltenham Town Football Club, continued: "Partnerships with this amount of longevity in professional sport are few and far between and its testament to both Mira and the club that this partnership continues to deliver value 15 years on from its inception.

"The team at Mira are always open to new ideas and ways of working and their support to our club is significant. I’m delighted that this latest extension moves the partnership forwards into a new era by aligning both our Ladies and Men’s teams under the same partnership."

"Promotion brings so many new challenges on and off the pitch the Ladies and this significant new partnership will deliver huge benefit for the club. We are delighted to have the backing of such a well-known brand with its roots in the town."

We have been sharing a selection of our previous kits on our social media channels in the past couple of weeks, evoking plenty of good memories of former players and indelible occasions. The 21st shirt in the series will be revealed tomorrow morning.