Academy Director Antoine Thompson will be departing the club in July after 15 years at Cheltenham Town and seven seasons in charge of the Academy.

Since arriving as a community coach in 2008, Thompson joined the academy in 2009 and worked his way up to become Academy Manager in 2015, later Academy Director as the Cheltenham and Hereford Development sites came under his control with over 300 players and 70 staff in total.

Thompson will be joining Category One Academy Reading and, while it was not an easy decision to make, he looks forward to a new challenge with the Championship club.

“It was a difficult decision to leave, every staff member in this academy does not work for Cheltenham for the money! We work here because we care about youth development and that is our passion, so for me being a part of this club for over 14 years from community coach to skills coach and now Academy Director it’s been a life experience I have thoroughly enjoyed. The board has always been so supportive of me, and I cannot thank them enough. I’m leaving behind an amazing team of staff who I believe will take the Academy to the next level.

“I rest easy knowing I have left the Academy in an even better place than when I took it over and now it’s time for me to take on a new challenge and test myself at Category 1, the highest level of academy football.”

Thompson played a key role in the development of young players such as League Two champions George Lloyd and Grant Horton, as well as players to have earned transfers to higher category academies.

“Ultimately, working in academy football, it’s about seeing players progress and have a career in the professional game. Having coached Luke Thomas, Cameron Pring and George Lloyd, it gives me pleasure to see them have a professional career. Seeing players leave Cheltenham Town on a transfer like Woody Burguss to Aston Villa, Aaron Evans-Harriott to Coventry and Will Armitage to Southampton fills me with joy to know that as ‘little old Cheltenham Academy’ we have players who can play at Category One level.

“What gave me pleasure was that the environments of all three centres were safe and enjoyable places to play the sport we all love, which is football. Seeing boys leave us as men with good values and experiences which has helped them move on to further education or employment and having success in their chosen careers after Cheltenham. Also seeing staff progress through the Cheltenham Academy structure from development centre to academy to first team or higher category clubs. Knowing we have created a pathway for staff to progress at the club pleases me.”

Originally from Surrey, Thompson moved to Gloucestershire to study a degree in Sports Coaching and Conditioning at Hartpury and then a masters in Sports Development at the University of Gloucestershire, working for Cheltenham Town alongside his studies.

His work at the club helped to make the academy a much-respected set up with a good reputation across the game, with the help of his staff an invaluable asset in achieving this:

“Having hard working, knowledgeable, caring staff is key. All I did was set our VMOST, defined our values and culture based on what we wanted. We shifted from champions to youth which was about environment and culture which gave us a base to evolve into what is now Make it Happen strive for your Northern Star. This new ethos is about a performance culture.

“So because the first team pathway was right, we were able to push our pathway allowing players to play across age groups. A prime example is Will Armitage, who at 16 made his professional debut and became the youngest ever player to play for the club in a professional competition.”

Five academy players made their debuts for the club during the 2021/22 season with Joe Hunt, Felix Miles, Will Taylor, Zac Guinan and our youngest ever player Will Armitage appearing in the senior side with Callum Ebanks, Connor Jakeways, George Lloyd, and Grant Horton also involved. 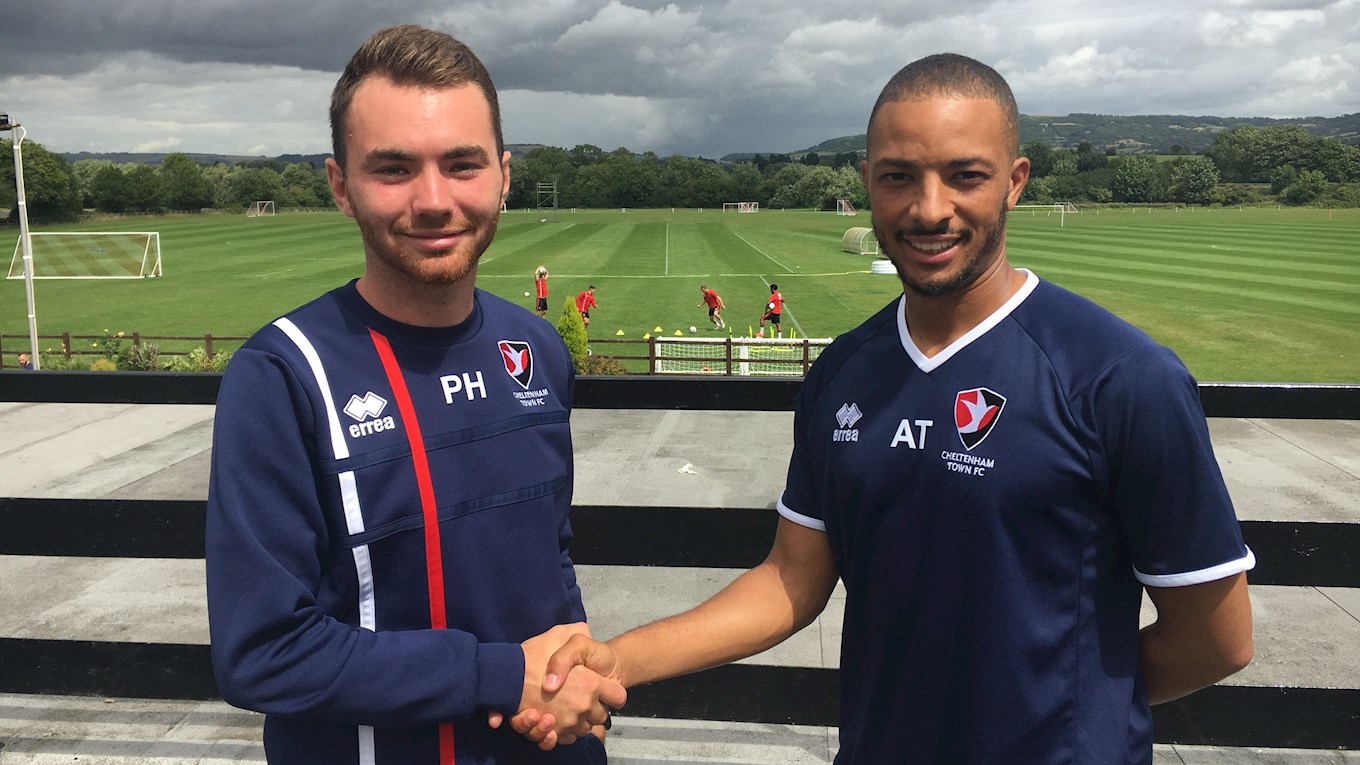 The FA Youth Cup, the epitome of youth football, has also been a source for success in recent years with Pete Haynes’ side making it to the fourth round in the 21/22 competition having previously taken Arsenal to penalties at the same stage in 2019. These are two of many highlights for Thompson during his time at Cheltenham.

“As a staff we have shared so many amazing experiences and successes I could mention. I'll always remember our Benfica and Holland trips! Our recent U14 tournament, the Orange Veins Cheltenham Cup, saw us host clubs such as Chelsea, Leicester, and West Ham. We’ve been playing Category One clubs on a regular basis.

“There have been good FA Youth Cup runs and coming so close to beating Arsenal in the fourth round, taking them to penalties. Getting all the Academy players on the Completely-Suzuki Stadium pitch for the first time and breaking the record for youngest ever professional player for the club. The record stood for 25 years!”

With his departure on the eleventh of July, Antoine Thompson wishes to leave us all with this parting message:

“To the board, Director of Football and first team staff present and past: thank you for the opportunity and your belief in trusting me. I hope I have repaid you that trust by leaving you with an academy with a good reputation across the football circuit.

“To the staff, as a leader I was situational and truly believed in empowering those around me and provided staff an environment to enjoy and flourish and to grow in their chosen roles. Also thanks for the nickname the ‘smiling tiger’!

“To the parents, thank you for creating an amazing environment for the players and staff to enjoy their football, also for your constructive feedback and support to our academy's growth. Please have patience with the new Academy Manager and co. as this is a time of transition which will be bumpy at times but rest assured, we have some very good staff.

“To the players, strive to become the best that you can be through hard work, integrity and taking responsibility for your actions.

“This academy, Cheltenham Town Academy, will always be close to my heart. Remember never give up on each other, understand the importance of human connection and insist we all become the best that we can be.

“Continue to Make it Happen!”