The 2013 FA Cup winners are in town for only the second time in their history.

Unbeaten since October and entering the weekend on a run of seven straight wins in all competitions, they are a highly impressive outfit with aspirations of getting promoted back into the Championship.

Tickets for Saturday's contest are on sale online as well as on matchday. Buy before midnight on Friday and you can save £2 on the cost of each ticket.

With the January recruits and players back fit, there are a number of options for Michael Duff with at least four January arrivals still awaiting their first minutes on the pitch.

Ellis Chapman misses out through injury as does Sean Long (pictured) after he hobbled off last weekend against Rotherham United. 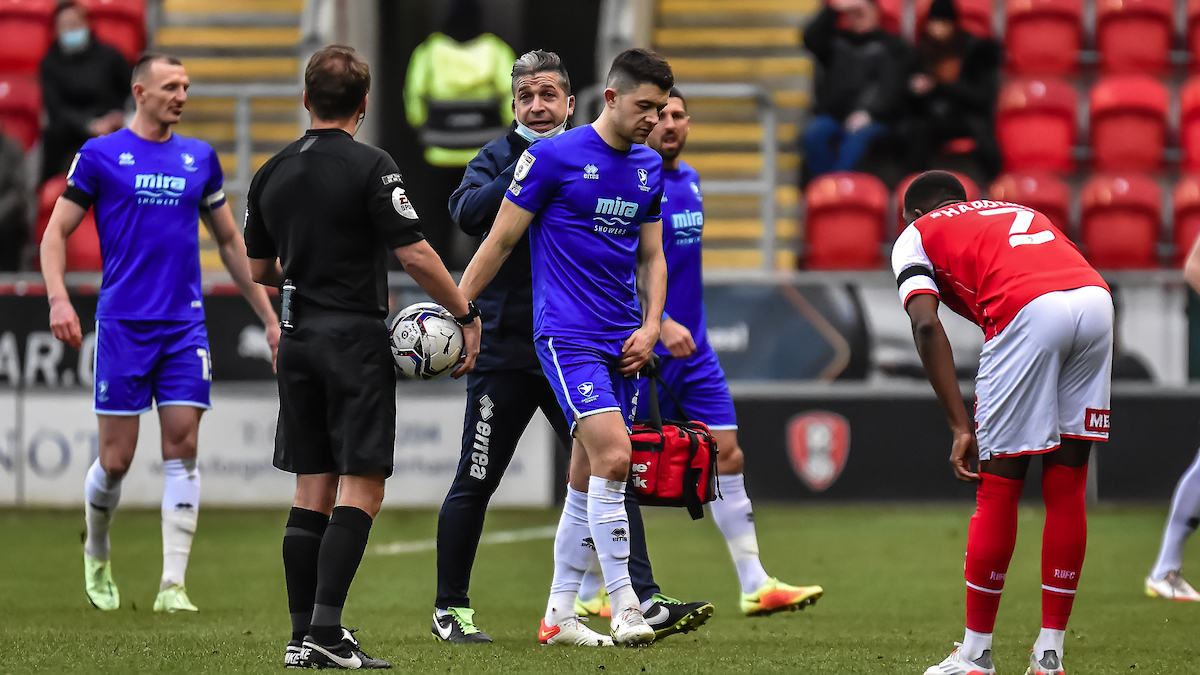 With all the current records and run of form Wigan are on, Michael Duff admits he doesn't need to know much more about how difficult a side Wigan will be for his team to face, so he's calling on a performance from his players.

"It's going to be a difficult game, we know that, so we've got to try and fight and compete and be horrible and be a team that's scrapping, which we are," he said in the club's press conference on Thursday.

"We're not going to go mad on them. They're a really good team with really good players and a good manager clearly because the league table tells you that.

"Ultimately we've got to put a performance in. I don't think luck has been on our side recently. Performances have been pretty good, but we know where we are and we know what we are."

Goalkeeper Owen Evans has also been speaking to the media as he gets ready to face his former club.

With four games in hand on second place Sunderland, Wigan are the team to catch in League One, and they travel to Gloucestershire on Saturday in a stunning run of form.

They've not lost a game since October, have knocked Championship Blackburn Rovers out of the FA Cup, and haven't lost a League game away from home since the opening day of the season defeat to Sunderland.

The form of striker Will Keane has helped them along the way so far. The Republic of Ireland international has found the net six times from his last six games.

Also in attack another Republic of Ireland international, the 87 capped James McClean, offers dangerous quality in a wider area, while they've just brought in Josh Magennis in this transfer window. He has 63 caps for the Northern Ireland national team and moves to the club from Hull City.

It's not just at the top of the pitch where they're strong. In midfield Scotland international Graeme Shinnie has just transferred from Derby County, while Gwion Edwards and Tom Naylor are other options in this department.

Defensively Jack Whatmough may feature, as could Curtis Tilt who has joined permanently from Rotherham United, while being backed up by former Manchester United goalkeeper Ben Amos.

Following time spent in caretaker charge having served as assistant manager, Leam Richardson was appointed Wigan manager, and after leading them to safety in League One last season has them right at the other end of the table this time around.

It's his second managerial post having previously taken charge of Accrington Stanley in the Football League.

As a player he was a right back who represented the likes of Bolton Wanderers, Notts County, Blackpool and Accrington before he worked on the coaching side of things with Stanley.

He's assisted by former England striker James Beattie, himself a former Accrington manager, and Rob Kelly, who twice as caretaker manager of Barrow mastermined the Cumbrians to two victories against the Robins last season. 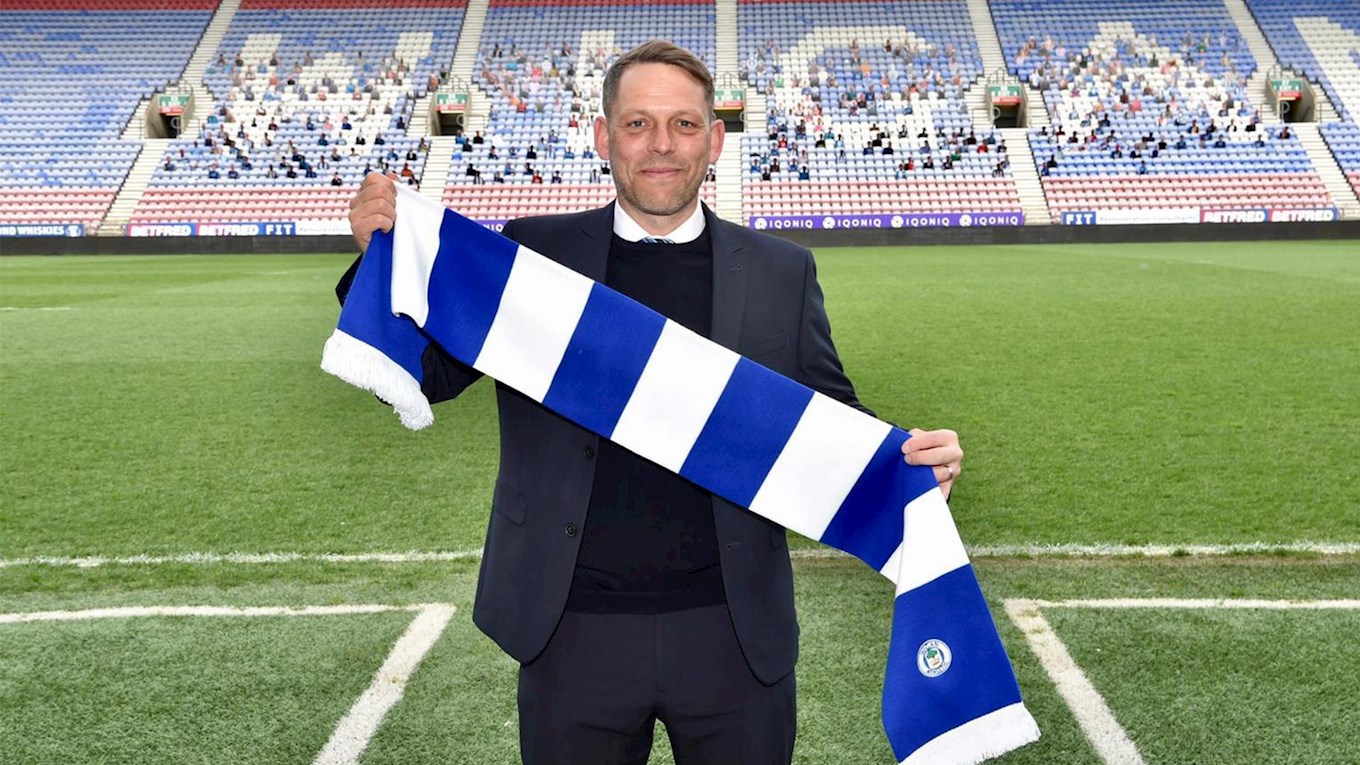 Fans are advised to buy before midnight on Friday so they can save £2 on the matchday price increase.

For those picking up pre-paid tickets, you can do this for the Autovillage Stand, Paddock, Tunnel and Optimising IT Stand from the matchday collection point in the car park next to the bowling club. For the Colin Farmer Stand they're available next to the Parklands turnstiles.

The big interview in the match programme is with Will Boyle as the defender discusses his return to the side after a spell out injured. The former Huddersfield Town man also looks back on reaching his five year anniversary with the club.

There are also interviews with Charlie Colkett and Alfie May, the thoughts of Michael Duff, plus some other interesting reads looking back on the club's history and other areas of the club.

The programme is available to purchase at the stadium for £3 and is also available online. 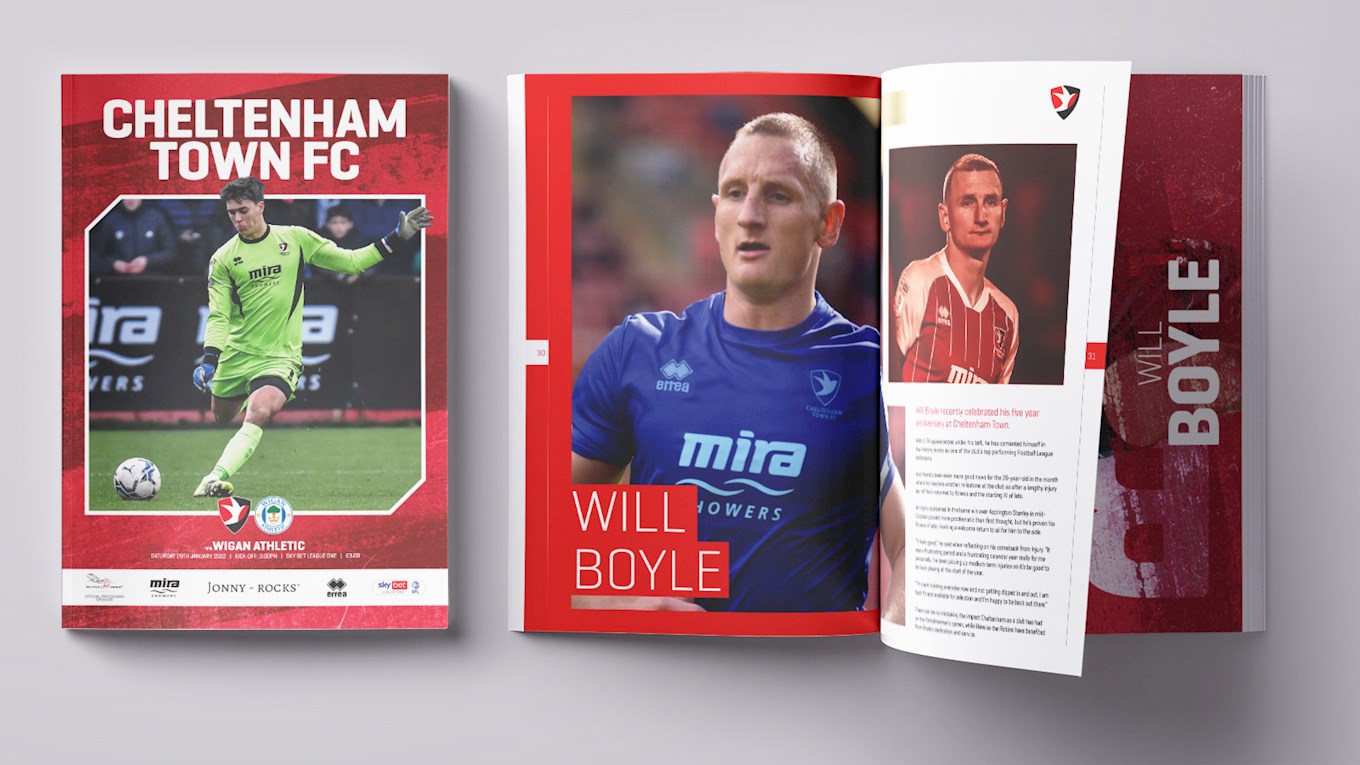 Radio: Listen to full match commentary on iFollow with an audio match pass. You can also tune in on BBC Radio Gloucestershire if in the county.

Website: Post-match visit the website to read the match report and to see reaction in the post-match press conferences.

Highlights: Extended highlights will be available on iFollow as well as a full match replay. You can also see highlights on Sky Sports, Quest and YouTube.