Cheltenham Town lost 2-1 to Crewe Alexandra, despite a first goal at the Jonny-Rocks for Kion Etete.

The away side took the lead in the 18th minute through Chris Long’s outside the foot shot which curled past the reach of Owen Evans.

The Robins manged to respond quickly after the second half began, with Etete nutmegging Crewe keeper Dave Richards to get the home side back on level terms.

Both sides failed to impose their game plan in the half, until Chris Porter headed in the winner for Crewe to clinch all three points.

“We looked flat, but we did start the game well and should’ve scored within two minutes,” said Michael Duff following the loss.

“We never got a foothold in the game and that was a disappointment.”

Inside the opening 20 seconds top goal scorer Alfie May had a shot blocked inside the box, putting Crewe under immediate pressure. 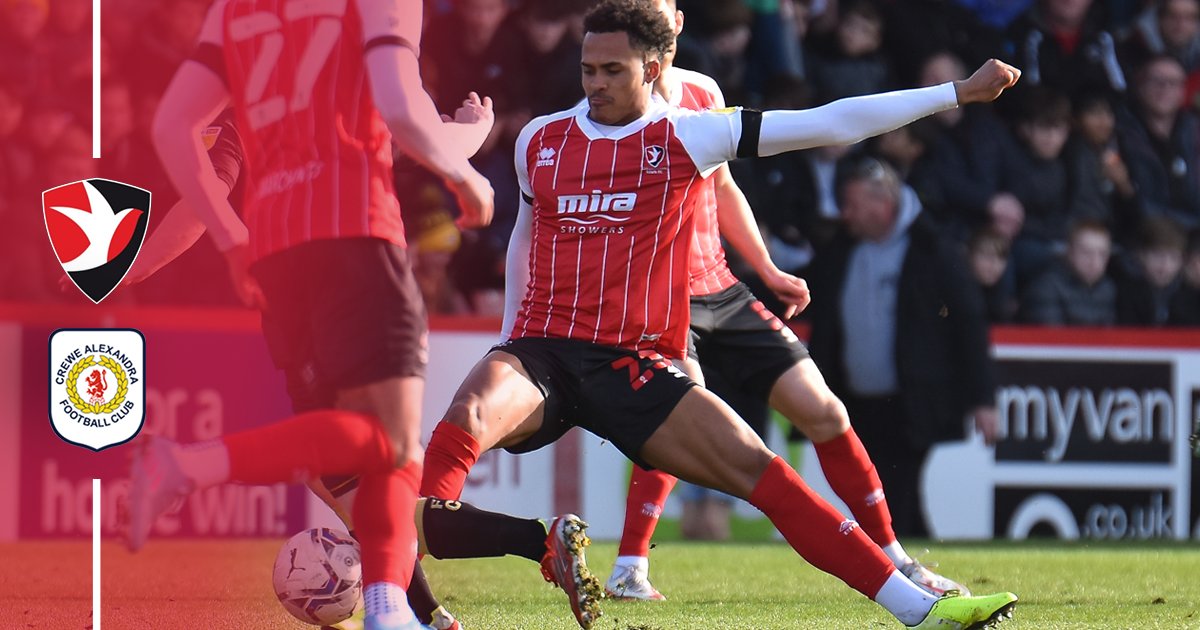 The Robins were called into action on the sixth minute to defend a corner, which resulted in Mattie Pollock making a vital lunge to stop the away side from shooting. It was evident the match was going to be a physical battle, as Pollock changed his ripped shirt following a tussle in the box.

But despite their early dominance, Crewe midfielder Long tipped the ball past Evans to give the visitors the lead, against the run of play.

Tom Lowery nearly doubled the lead from a set piece on the edge of the box, which had beaten Evans but flew the past the wrong side of the net, however it had fooled the travelling Crewe fans behind the goal.

The Robins immediately responded through Callum Wright shooting from distance, however Crewe keeper Richards made a strong diving save to his right-hand side to keep his team in front. 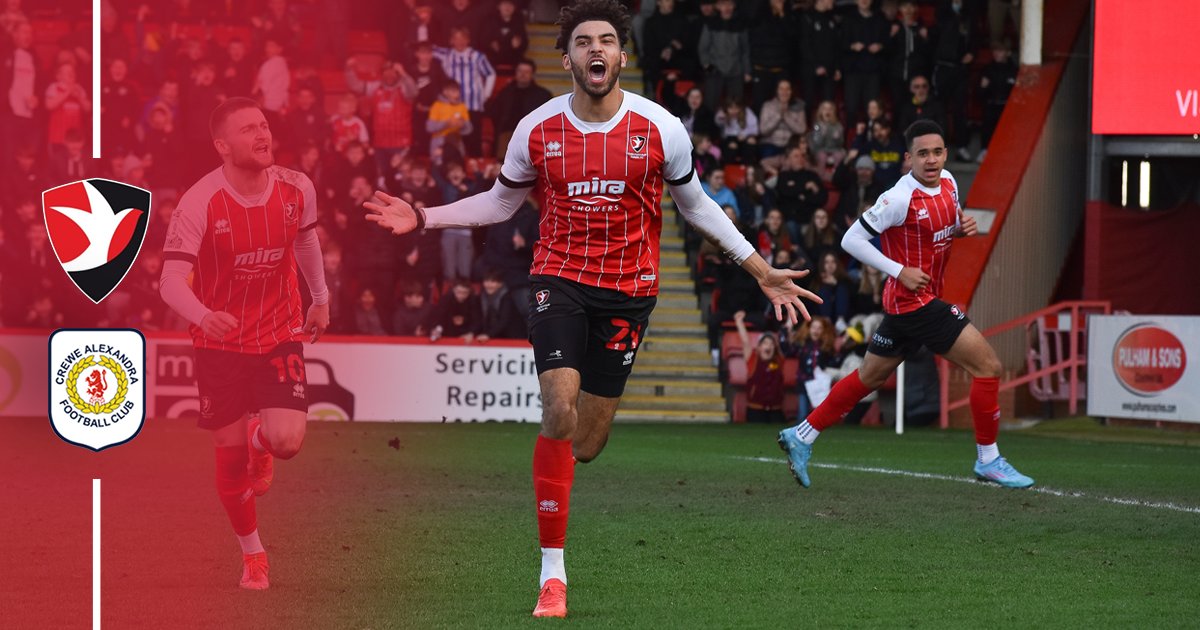 The game struggled to flow for the remaining minutes due to a number of fouls breaking play, much to the frustrations of both dug outs.

Cheltenham came out of the half time break extremely well, putting Crewe on the backfoot straight away with a number of long balls.

Etete scored his first goal at the Jonny-Rocks after being played in through on goal by May and slotting the ball through the legs of Richards. It was a great first touch by May to provide his strike partner with the chance in front of goal.

Following the second goal of the match, the game failed to kick on with no notable chances happening until the 70th minute. Goal scorer Etete found some space 30 yards from goal and neatly chipped the ball in the path of Wright, but Richards was there to collect the pass.

Crewe’s captain Porter then got the ball across the line following a corner the Robins failed to deal with.

The goal left the Robins with very little time to find that much needed equaliser, but Duff gave one last push to get a point by changing the team’s shape and bringing defender Pollock off, for striker Andy Williams.

Cheltenham gave everything to find the equaliser. May in particular saw multiple shots blocked, but Crewe remained resilient and held on for all the points.