Michael Duff on his team's win over Sunderland

Michael Duff was relieved to see his Cheltenham Town side pick up all three points with a magnificent second half showing against Sunderland.

The Robins chief watched on as second half goals from Elliot Bonds and Alfie May sealed a much needed win and a famous night at the Jonny-Rocks Stadium.

A spirited second half performance saw the Robins overrun their visiting promotion candidates, and Duff was happy to see everything fall into place.

"We weren't great first half, but we stayed in the game. We had to change the shape a little bit to get us into half-time," he said.

"We started the second half like that to try and get a foothold and from there, we went from strength to strength.

"It is difficult with the wind and the slope and we stepped on, didn't take a backwards step, which is something we've worked really hard on in the last week. In terms of psychologically not taking a step back. You have to go and get your win. To see it out, when they had two corners right at the end.

"He gave the second corner and I think he guessed. The second one was over time and they had every man in the box, you are thinking 'please no' because we definitely wouldn't have deserved that.

"We got a little bit of luck with Bondsy's (Elliot Bonds) deflection, but if you are talking about luck in the last two months, we've not had a lot of it."

On Saturday it's another important fixture and the first of three Kids for a Quid games as we host Fleetwood Town.

Kick-off against the Cod Army is at 3pm. Use the voucher code QUIDKID online to redeem your £1 under-16s offer.

Tickets are on sale from the ticket office and online for fans who can save £2 on each ticket when they buy before midnight on Friday. 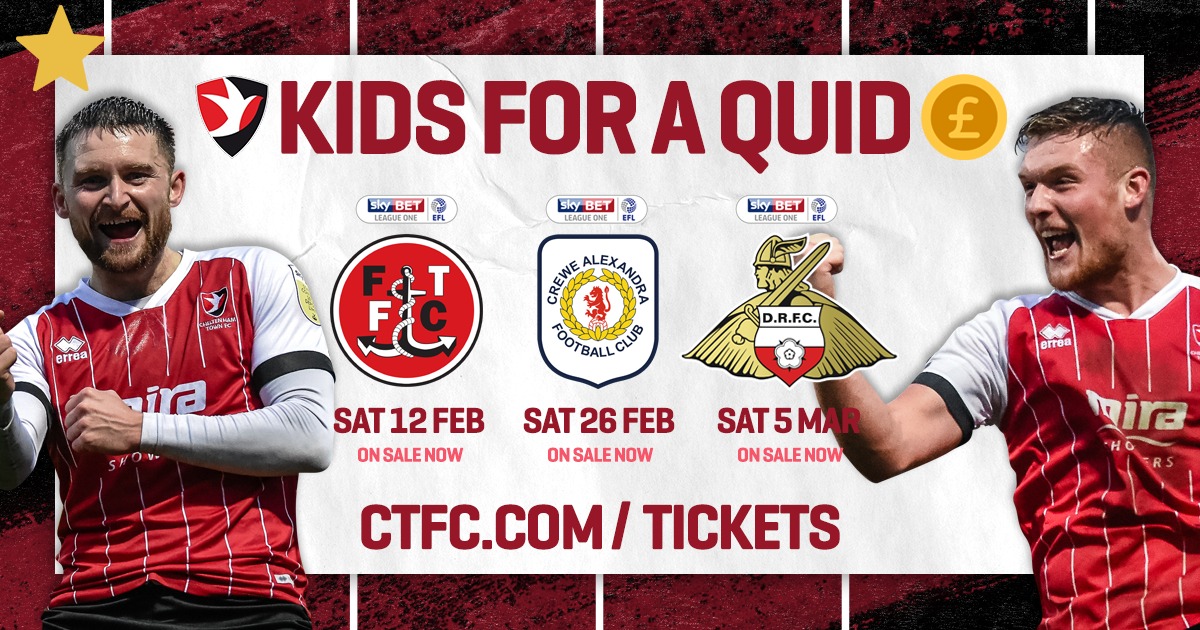