The League One action continues at the Jonny-Rocks Stadium on Saturday when Crewe Alexandra are the visitors (kick-off: 3pm).

It's another Kids for a Quid matchday where under-16s can watch the match for only £1. The offer is in place until midnight on Friday so don't miss out - you can use the voucher code QUIDKID online to purchase these tickets.

Tickets are also £2 cheaper for all age categories when they are bought online before midnight on Friday.

Following back-to-back away trips to Wycombe Wanderers and Ipswich Town, which saw the Robins return home from both games with a point, Saturday's fixture is a good opportunity to keep up a good mini run that the team have developed in recent weeks.

If you are heading to the Jonny-Rocks Stadium for the game on Saturday then check out our supporters guide to attending the match.

After only being able to name five substitutes on Tuesday at Ipswich, it's hoped some players may have the chance of returning to the squad for the match.

Will Boyle and Kion Etete have had the opportunity to rest after missing the game in midweek. Conor Thomas is also closer to returning while Sean Long made a brief substitute appearance at Portman Road coming off the bench. 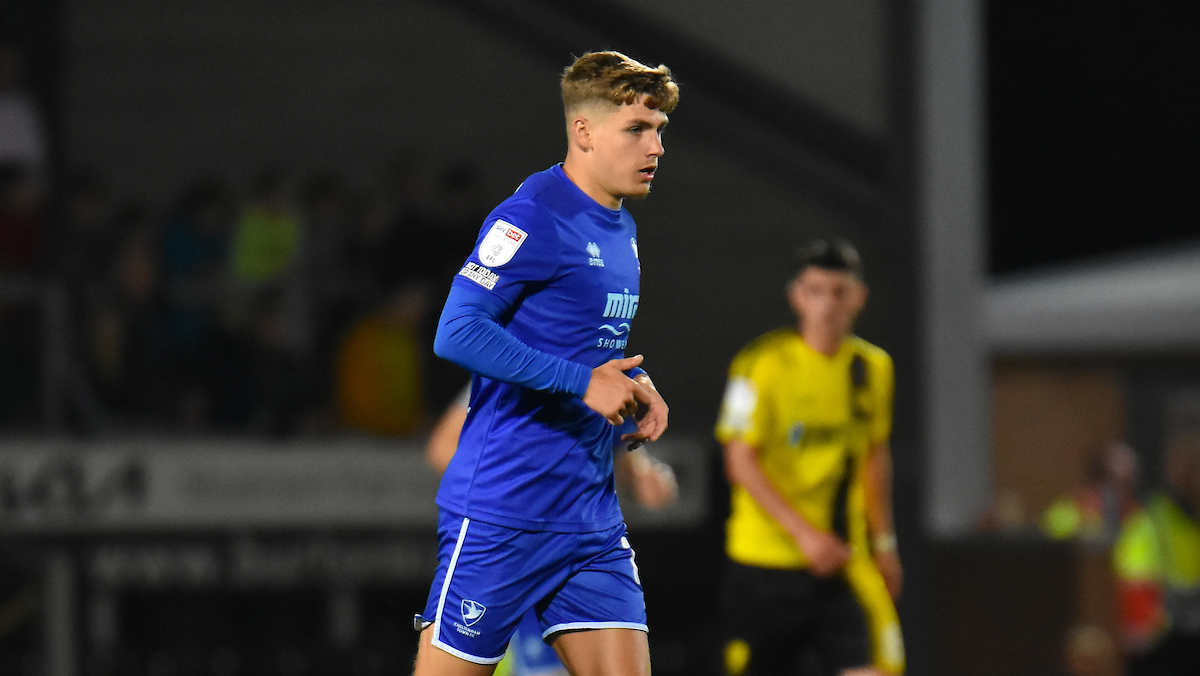 Having the right mindset is key in the eyes of Michael Duff for his players.

"With Crewe we know them really well. We've always had tight games against them - even last year when they were in a different league we went to extra time in the FA Cup," he said in his press conference on Thursday.

"We drew with them in the first game of the season so by no means do we think we're all of a sudden a better team than them. If we do that we'll get beat - there's nothing more certain."

To see the full interview with Duff looking ahead to the game, watch for free on iFollow. 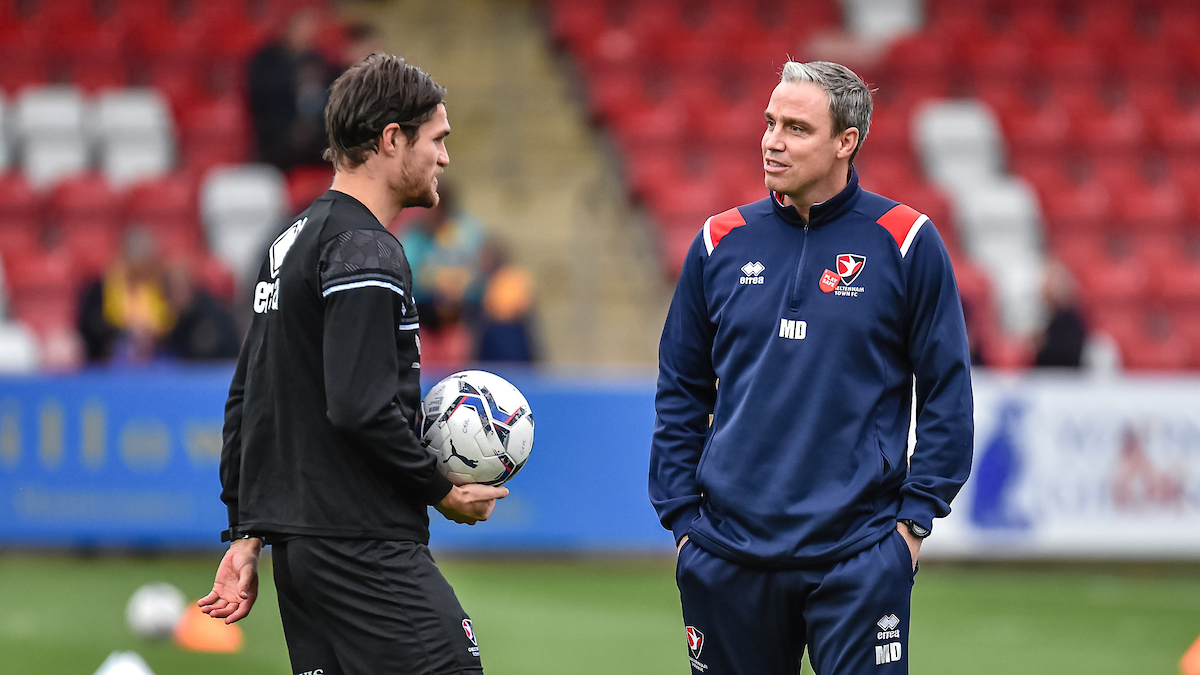 It has been a tough second season back at League One level for Crewe. They are currently bottom of the division and ten points away from safety with 13 games to play.

They've lost their last seven in a row having only tasted victory once in 2022 so far.

They'll be doing everything they can to have a courageous finish to the season as they look to fight their way out of the bottom four.

Over the course of last summer they lost a number of the key academy products that have played a major part in their success in recent seasons.

Some of those who have come through their system continue to be key men in their set-up. They include the likes of central midfielder Tom Lowery and defender Luke Offord. Callum Ainley is another long-serving member of their squad having broken through a number of years ago as a teenager, while the tall Connor O'Riordan is an example of one of the new young talents they've got coming through.

Some of the more experienced heads they can rely on who have been brought in from elsewhere include forward Chris Long, goalkeeper Dave Richards and midfielder Luke Murphy who is back at the club for a second spell having spent time at Leeds United and Bolton Wanderers since breaking through the Crewe ranks at the start of his career.

They were busy in the transfer market in January bringing in the likes of Dan Agyei from Oxford United, Bassala Sambou from Fortuna Sittard and loanees Rekeem Harper from Ipswich Town and Ryan Alebiosu from Arsenal.

In January 2017 David Artell replaced Steve Davis as manager of Crewe, a club he had played for earlier in his career, helping them to achieve promotion from League Two in 2012 as captain at Wembley against Cheltenham having served as Academy operations manager at the Alexandra Stadium.

At the end of the shortened 2019/20 season he helped Crewe promotion again, this time automatically from League Two, this time as manager.

He is the eighth longest serving manager in English football's top five divisions and it's his only managerial position to date for the 41-year-old.

As a player he was a centre back who featured in the Football League for the likes of Rotherham United, Mansfield Town, Chester City and Morecambe. At the back end of his career he also played internationally for Gibraltar, while he has a degree in forensic biology from the University of Chester. 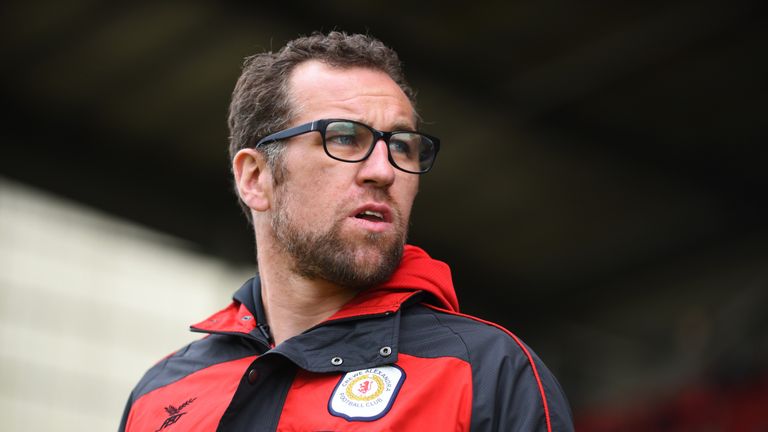 The Kids for a Quid offer is in place until midnight on Friday. Purchase online using the voucher code QUIDKID to enjoy £1 entry for under-16s for the game. Please note all under-14s need to be accompanied by an adult in the stadium.

The deadline for saving £2 on match tickets is also at midnight on Friday. Make sure you buy online.

Pre-purchased tickets will be available to collect from the ticket collection point in the car park next to the bowls club if you have bought for the Autovillage Stand, Paddock, Tunnel or Optimising IT Stand. Tickets for the Colin Farmer Stand can be picked up from next to the Parklands turnstiles.

If you are buying on the day you are advised that the turnstiles are cashless. You must purchase from the ticket office if you wish to sit in the Autovillage Stand. For the Colin Farmer Stand you can buy in the ticket booth next to the Parklands turnstiles - only single seats remain in this stand.

Tickets can be bought for all standing areas from the ticket point in the car park next to the bowls club.

George Lloyd is the big interview in Saturday's programme as the striker discusses his return from injury, his time on loan at Port Vale this season and his desire to push on and become a first team regular.

There are also features with Reece Hutchinson, Michael Duff, vice-chairman Paul Bence, a look at Cheltenham's previous Football League hat-trick scorers, a revisit of some memorable games against Crewe and much more.

The programme will be available to buy around the stadium at a price of £3 and can also be purchased online. 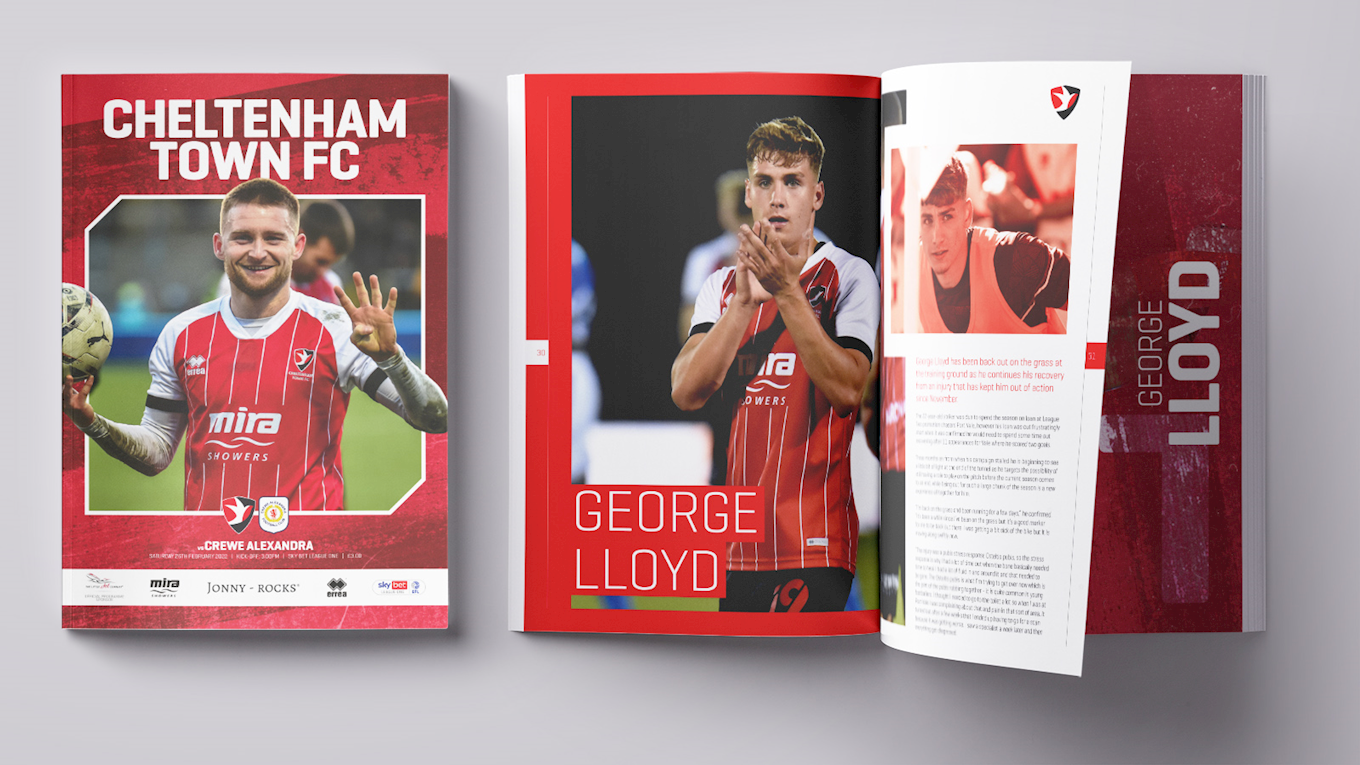 Website: After the match check out the match report on the club website where you'll also be able to see the post-match reaction to the game.

Listen: You can buy an audio match pass on iFollow for £2.50 to hear full match commentary.

Highlights: Extended highlights will be available to watch on iFollow. You can also see