February begins in south west London for Cheltenham Town with a trip to AFC Wimbledon on Tuesday (kick-off: 7.45pm).

Boosted by a good performance against promotion favourites Wigan Athletic on Saturday, Michael Duff's men head to the capital in search of a first win since November.

It's the club's second visit to Wimbledon's new home at the Cherry Red Records Stadium having been knocked out of the FA Cup by the Dons earlier in the season.

Tickets for the match are available to purchase on the night at the stadium with a card payment only.

The match is being shown live on iFollow. Purchase a match pass for £10 online to watch.

Deadline day signing Jamie Soule could be involved in the squad for the first time.

Ben Williams (pictured) is suspended after picking up a double booking on the weekend. Michael Duff says the FA Cup visit in November should be enough of a sign of what can happen if his team are not at it on Tuesday evening.

"I went to watch them last week against Ipswich and they're a really young team - I think the youngest team in the League - and there's a really positive atmosphere around the whole place," he said.

"They've already stuck four on us there this season so we should know what we're going to get. We went 1-0 up and then in an hour we're 4-1 down. We took our foot off the gas. That should be a warning shot for the players."

Tuesday's opponents are three points behind Cheltenham and sit one point above the relegation zone.

Like the Robins they are on a winless run having last recorded victory at the beginning of December.

They head into Tuesday's game having made a number of additions to their squad. Young goalkeeper Nathan Broome has joined from Stoke City on a permanent deal, while striker Sam Cosgrove has made the switch from Birmingham City on a loan deal until the end of the season.

Left back Lee Brown has also been recruited with attackers Tomas Kalinauskas and Terry Ablade, a Finland under-21 international, penning terms in a transfer window that saw them lose key front man Ollie Palmer to National League Wrexham for a sizeable fee.

Another key man who will be missing for Tuesday's contest is midfielder Alex Woodyard. The former Lincoln City man is out through injury, so their midfield set-up is likely to feature the likes of South African Ethan Chislett, youth product Jack Rudoni and former Chelsea youngster Luke McCormick.

Palmer's exit has led to January recruitment though the Robins will be well aware of the threat carried by one man already at the club in the shape of Ayoub Assal following his impact in the FA Cup tie earlier in the season.

New Zealand international Nik Tzanev offers a steady presence in goal while defensively useful experience is provided by Ben Heneghan and the long-serving Will Nightingale.

Following many years working for the club, progressing from the academy section to the first team set-up, Mark Robinson was appointed as Head Coach of Wimbledon in February 2021.

It's his first managerial job in the Football League and he has a backroom team around him that includes fellow ex-academy coach Rob Tuvey as assistant and former Grays Athletic goalkeeper Ashley Bayes as goalkeeper coach. 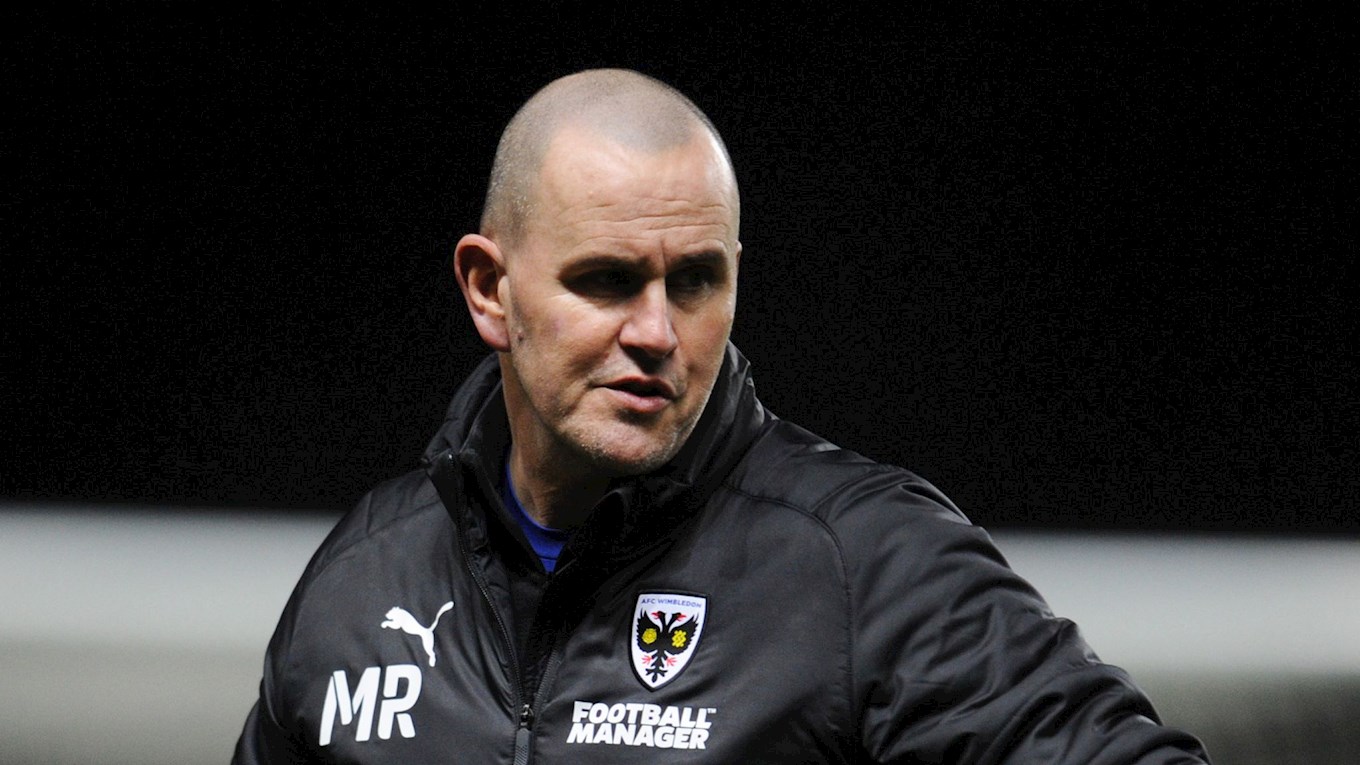 Fans who have not purchased tickets in advance can do so from the stadium on the night. It's card only payments.

If you've bought in advance but not collected from Cheltenham then they'll be available to pick up on the night at the stadium.

Supporters booked onto the Travel Club coach are reminded that it leaves from the Jonny-Rocks Stadium at 3.15pm.

Watch: The game is available to watch live on iFollow with a match pass. Purchase online for £10.

Listen: Audio commentary is available on iFollow with an audio match pass available for £2.50.

Website: Visit the club website post-match to read a report on the game and to watch the reaction inside the camp to the result. 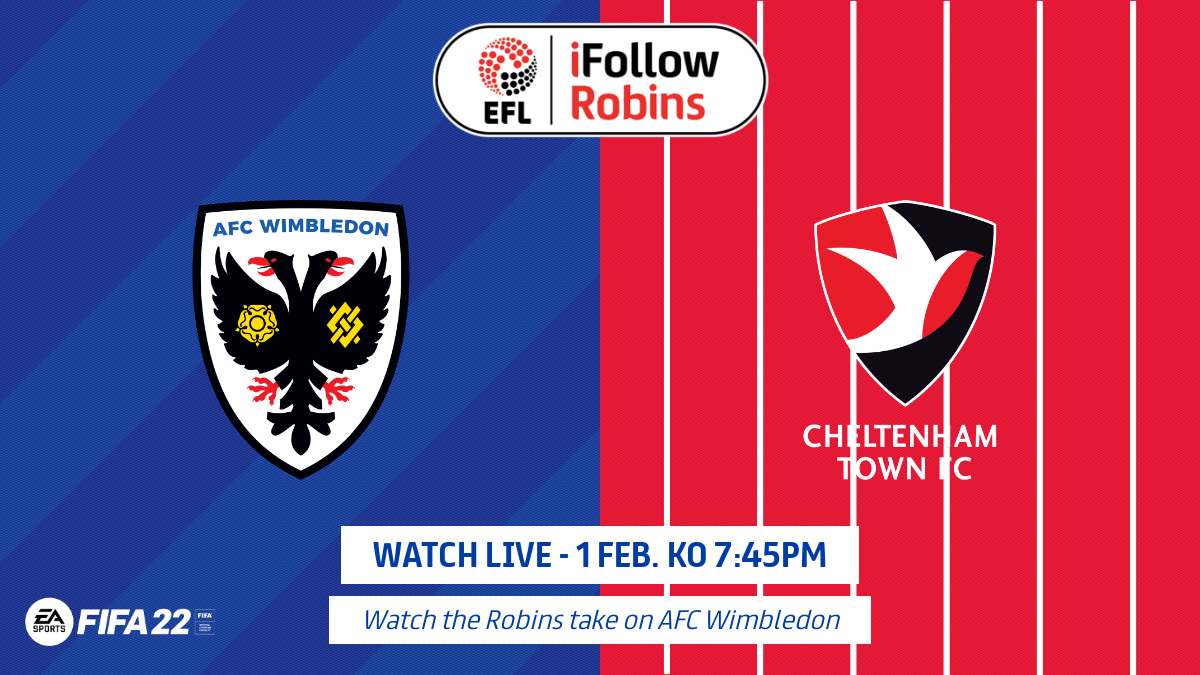