The Robins claimed their first Papa John's Trophy win of the season as they beat MK Dons 2-1 at Stadium MK.

A first half penalty from Alfie May as well as a tidy second half goal from Charlie Brown sealed the win for the Robins, who claimed their first three points of the season in the competition.

The Robins had a bright start to the game, with Christian Norton darting into the box before being fouled by Daniel Oyekode, forcing the referee to blow for a penalty.

May stepped up to the spot with confidence, before blasting his kick straight down the middle of the net, giving Cheltenham an early lead in the game.

MK Dons looked to get straight back into the game as they ran forward, eventually winning a free kick from Charlie Raglan.

Kemp stepped up to the ball, firing his effort just wide of MacDonalds left hand post.

The Dons wouldn’t give up their attempt to find a leveller, with Aston Villa loanee Louie Barry charging into the Robins box before curling his effort wide of the post.

MK would find a way back into the game through Zak Jules, nodded home after a Matt Smith
freekick from wide on the left-hand side of the penalty area.

The Robins came back out looking to regain their lead immediately, with substitute Taylor Perry going for goal from just outside the area, with his shot going just wide of the post.

A goal would arrive for Cheltenham as Brown poked home from close range after a scramble in the box.

Brown would look to add to his tally soon after, with an impressive piece of control allowing him to spin on the edge of the box before unleashing a curling effort that went within inches of the far post. 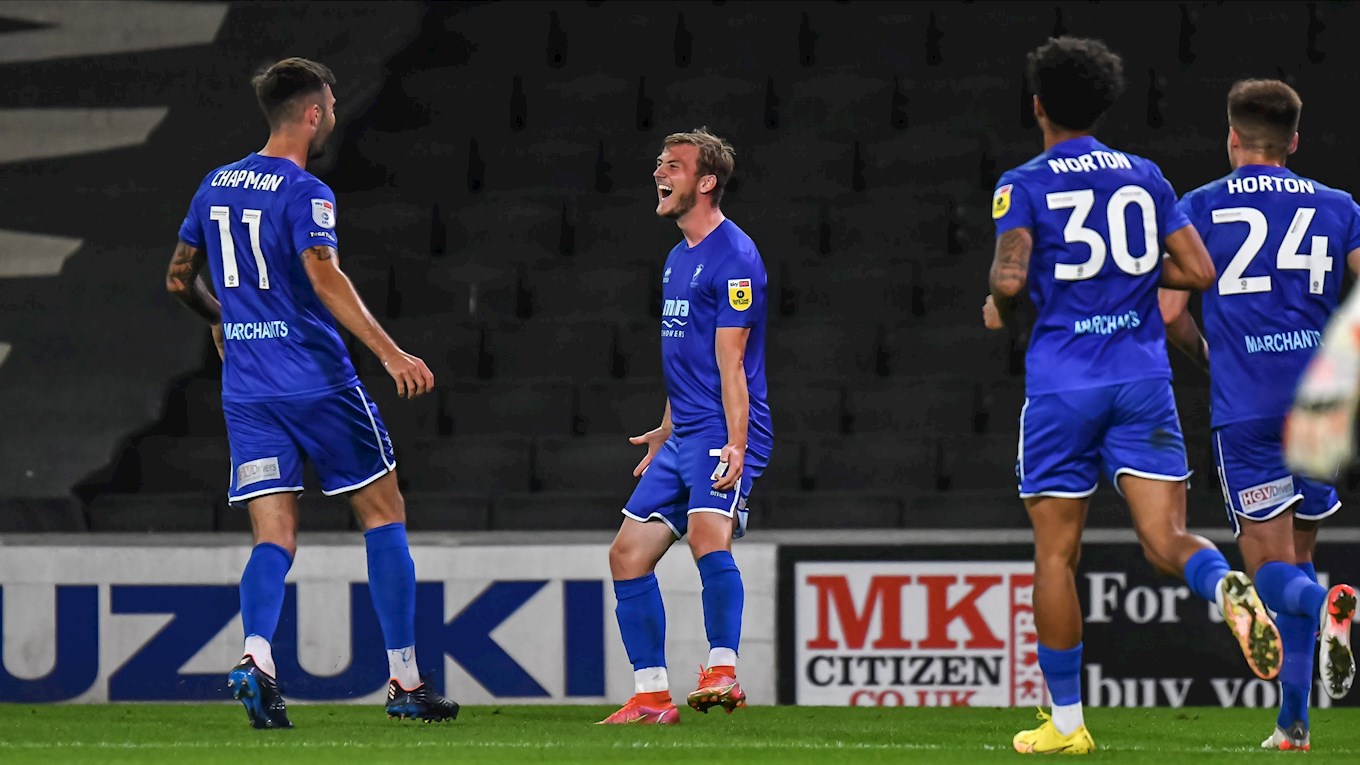 Cheltenham looked to extend their lead as George Lloyd charged into the box, smashing his shot into the post with Adulai Sambu unable to latch onto the rebound.

The last chance of the game fell to MK Dons as Barry went for goal again, a good save down low from Shaun MacDonald put an end to any dreams of a comeback though.