Alfie May has been nominated for the PFA Vertu Motors Fans’ Player of the Month for March.

The striker, who has also been nominated for the EFL League One Player of the Month award, scored five times in six matches in the penultimate month of the campaign.

He got a double in the 4-0 home win against Doncaster Rovers and also registered on the road at Morecambe and Sheffield Wednesday, as well as in the 3-1 home success over AFC Wimbledon.

The PFA Vertu Motors Fans’ Player of the Month is a supporters vote and you can get behind Alfie to increase his chances of winning by voting for him online.

The other players in the running for the award are Will Keane (Wigan Athletic), Ryan Hardie (Plymouth Argyle), Saido Berahino (Sheffield Wednesday), Daniel Udoh (Shrewsbury Town) and George Hirst (Portsmouth). 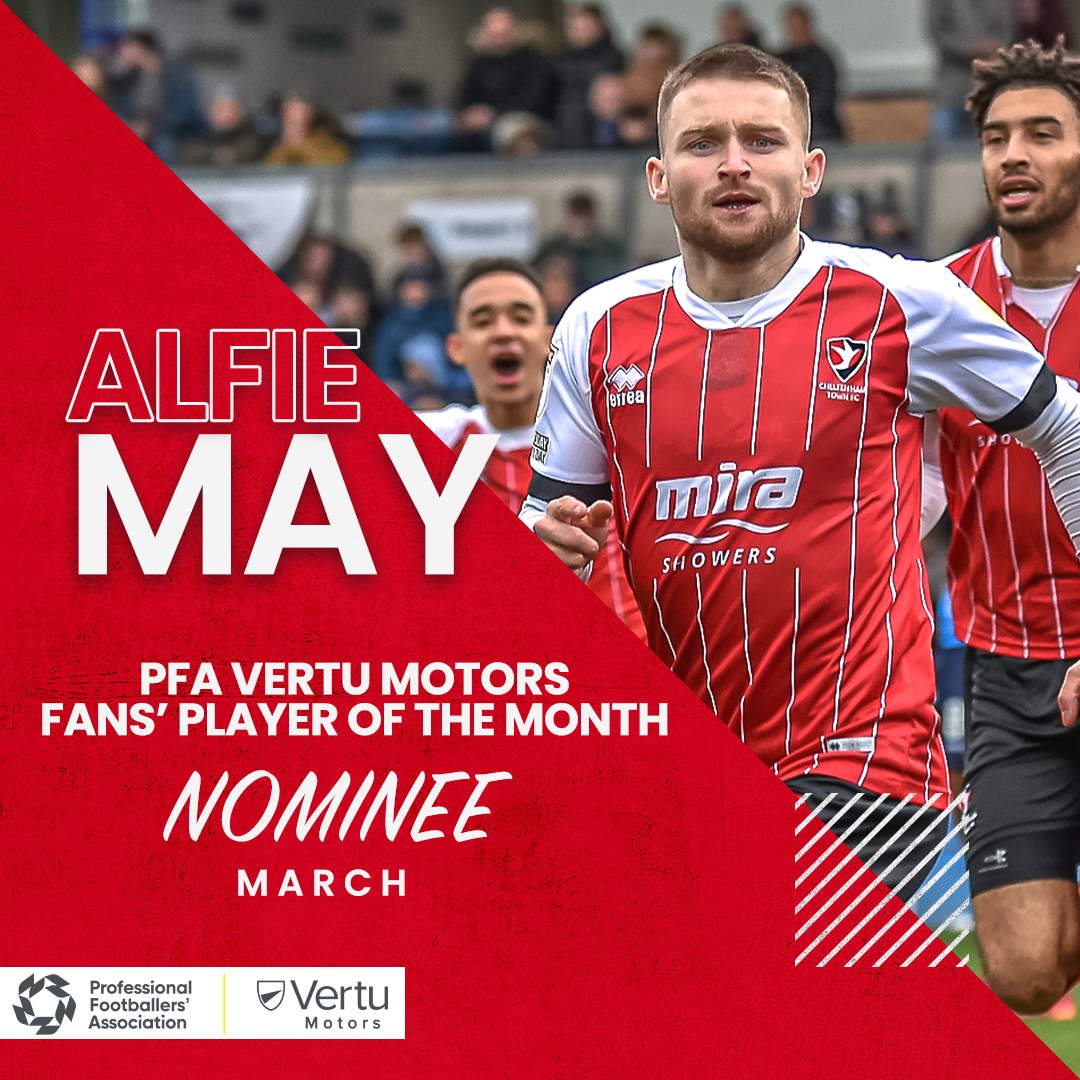