A Cheltenham Town legend whose time playing for the club spanned across two decades will be at the Jonny-Rocks Stadium for Friday's match against Gillingham.

Joe Hyde made over 400 appearances for the club, becoming one of the youngest players to play for the first team when he made his debut in the Southern League just after his 17th birthday, operating as a centre half and right half.

This Friday he'll be back at the ground where he spent so much of his football career representing the Robins.

Joe is now a resident at Bishop's Cleeve Care Home and the club recently visited him and his family alongside school children from Bishop's Cleeve Primary Academy to present him with a shirt and to show him last season's League Two champions trophy.

He will be at this Friday's match with the Gills alongside his family. Bishop's Cleeve Care Home have set up a special day for him to return to the club for a memorable day and it's hoped he will be presented to the supporters who attend this Friday's fixture.

Originally a player with Baker Street YMCA, he joined Cheltenham Town Colts in August 1951 and despite his young age broke into the reserve team playing in the Western League. 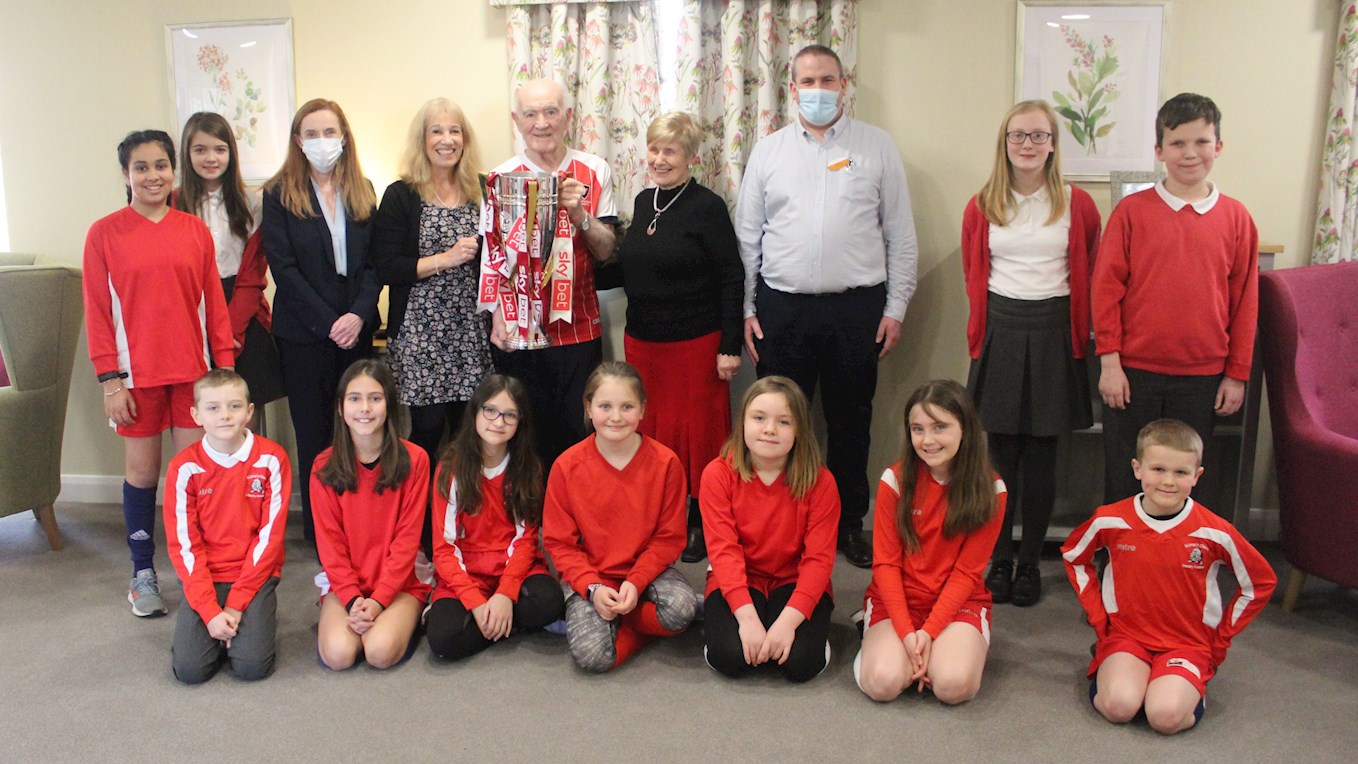 He went onto establish himself in the Cheltenham defence and was a key member of the team that finished within the Southern League top six for six consecutive campaigns, finishing runners up to Guildford City in 1955/56 and winning the Southern League Cup in 1958.

He also played in front of the club's record crowd in an FA Cup tie against Reading and at one point it was rumoured that Middlesbrough and Aston Villa were tracking his progress.

In a team often dominated by Scots, he was often one of few Englishman in the Cheltenham team where he remained until 1961 when he was released surprisingly.

He went onto sign for Gloucester City and then after a number of years became player-manager at Evesham United. He went onto manage Cinderford Town but returned to playing locally in Cheltenham for Smiths Athletic and Cleevonians until the age of 50.

Much of his working life was spent at Smiths Industries, and afterwards he lived in Gotherington and was caretaker at the primary school there for a number of years.

We are looking forward to welcoming him and his family to Friday's match. You can read more about his life and career at Cheltenham Town with a piece by club secretary Paul Godfrey in the match programme that will be on sale at the game.

Check out some of the images from the recent visit we made to Bishop's Cleeve Care Home above in the gallery.

Tickets for Friday's match are available to buy online and from the ticket office. 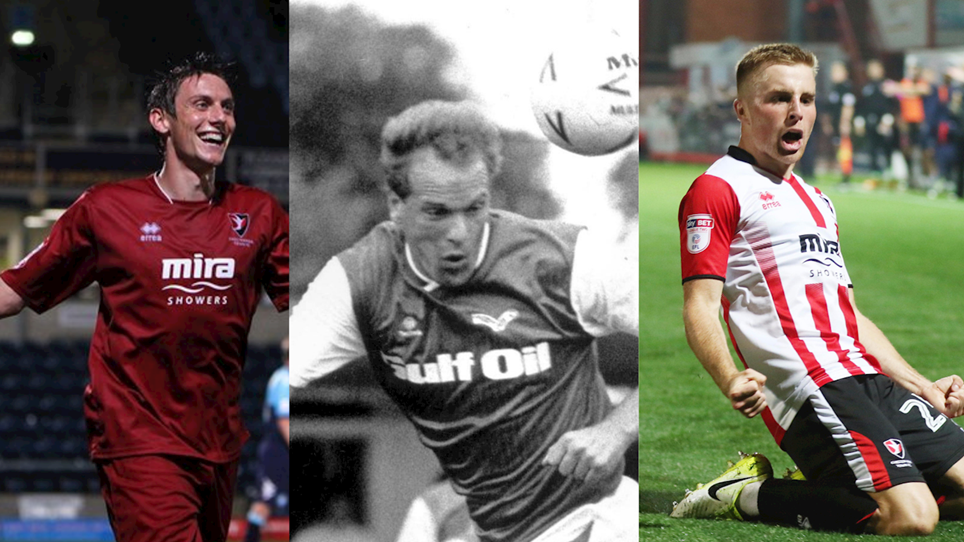 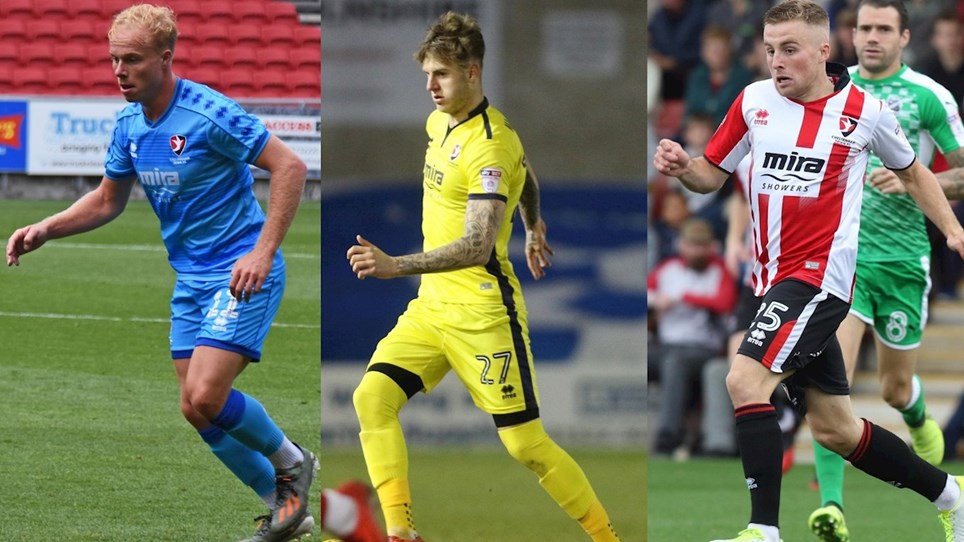 Cheltenham's Welshmen in the Football League


It's St David's Day and we have been taking a look at some of the Welsh players who have represented Cheltenham Town during the club's 21 seasons in the Football League. 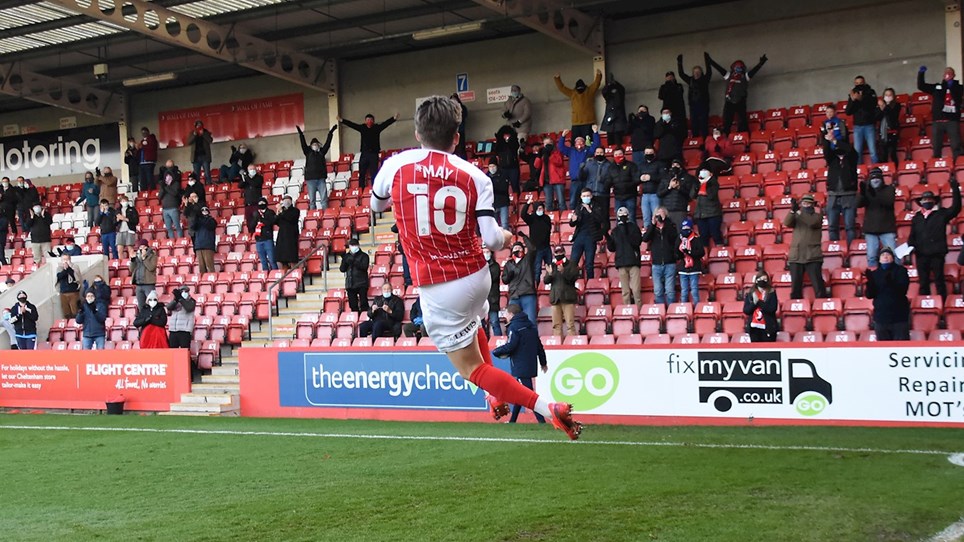 
Revisit an eight goal thriller earlier in the League Two season with Exeter City at the Jonny-Rocks Stadium. 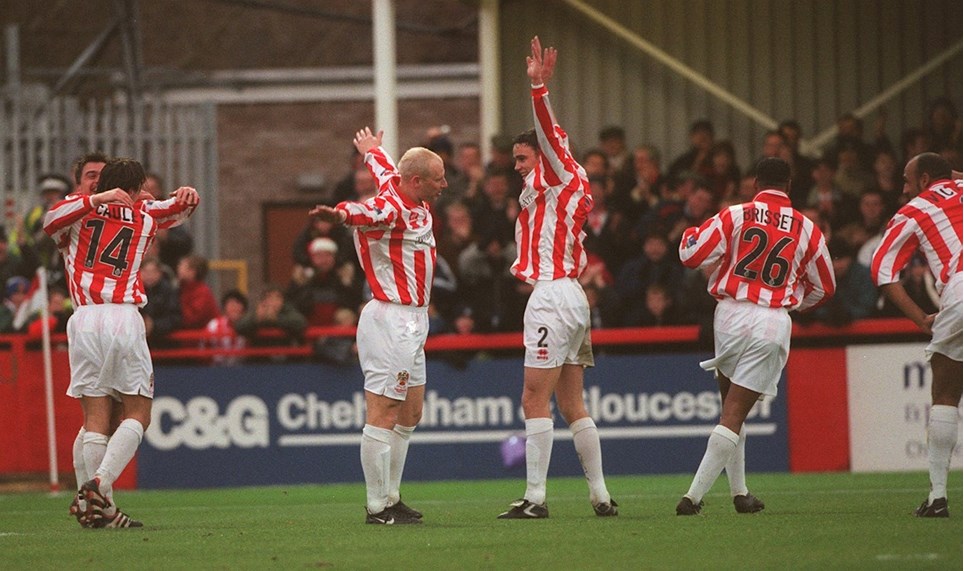 
As Cheltenham Town gear up for a Boxing Day clash with Stevenage, we've been taking a look back at all of the club's previous wins on this traditional day in the English football calendar whilst...