It has been quite the first season in professional football for Aaron Ramsey.

The 19-year-old loanee has made his first team debut for Aston Villa, sat on the bench in the Premier League, helped England's under-19s qualify for this summer's UEFA European Under-19 Championships and headed out on loan for the first time in the Football League here at Cheltenham Town.

It has been a campaign moving in the right direction and the youngster has done that as a Robins player after signing on loan in January.

His season won't end when the League One campaign draws to a close at Cambridge United on the final day of the season as he still has the UEFA European Under-19 Championships finals in Slovakia to look forward to this summer, but he feels like he's come a long way in his first season in senior football.

"Everything I've been through and the experience helps me every day, even as normal living it helps. I'm 19 years old but I still want to strive for a lot more," he said.

"We were meant to have a EUROs in 2019 when covid happened. The EUROs are massive, it can kick-start your career, as it has shown. When covid first happened and when it restarted for the Premier League I was training with the first team for the first time so I've got that experience.

"My loan has opened my eyes up to what the real world is like. I've been playing under-23s football and that's football in a sense but it's a different kind of football. It was good going back to England to see how much I've learnt here and how much I can take that into my game. I felt like it has worked and I've only been here for three months - it has gone so quick. You learn so much in such a little space of time. There are different types of football but getting three points is three points. 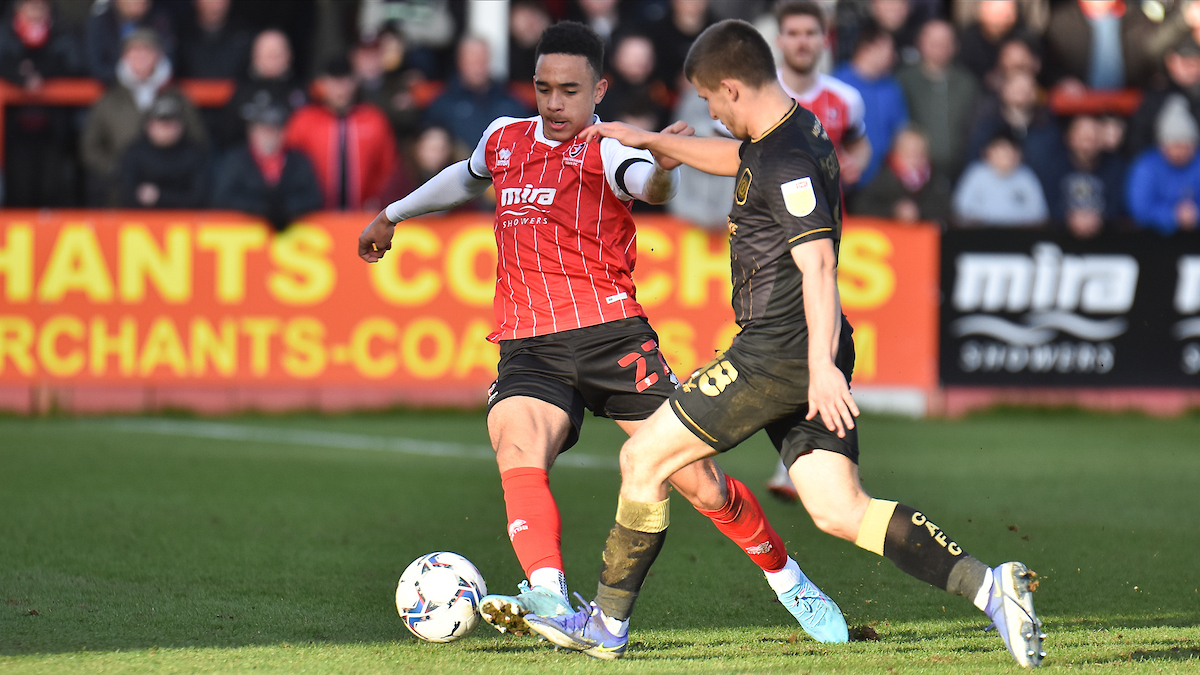 "I've never really experienced this type of football so I am still learning how to get the best out of myself. I want the ball into my feet but in some games with just the way games are it's very hard to demand from players to give the ball into feet because the game is just not that kind of game. Since I've been here there haven't been many games where that's been able to happen but we've been getting the three points."

He is thought of highly back at parent club Aston Villa where he has been a part of the Villans academy since the age of nine.

Already in his time at Villa Park he's achieved some notable milestones for a young player. Last season he helped them win the FA Youth Cup, defeating Liverpool in the final, while he is a part of a talented young cohort of players who last season hit the headlines when a covid outbreak in the first team squad forced them to play an under-23s team against the might of Liverpool, live on television, in the FA Cup.

Ramsey himself caught covid so couldn't feature, but he was still lending his support in isolation at home for his teammates.

"Just before covid I got pushed into the under-23s and then I only went down to play for the under-18s for the FA Youth Cup," he added. 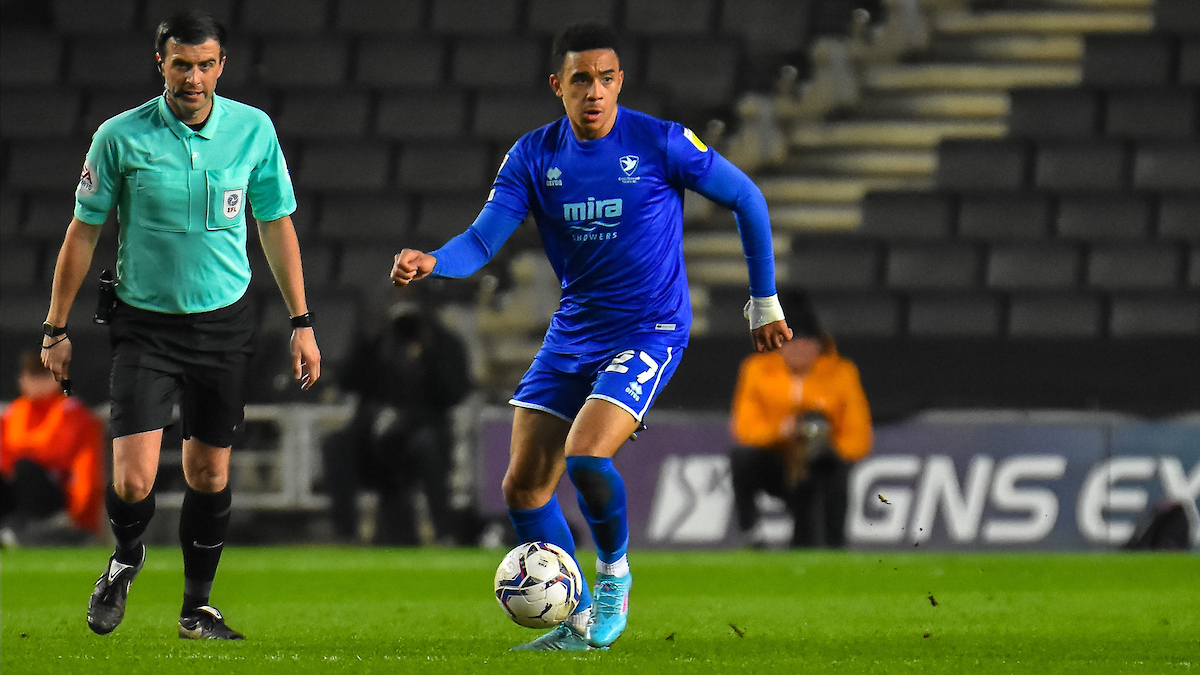 "I can remember watching the FA Cup game at home. I was going mad when Louie Barry scored. I can't imagine how he felt on the pitch scoring against Liverpool. It must have been a great experience for the lads and it started the next step.

"Kaine Kesler Hayden then went on loan to Swindon and is now at MK Dons. Louie is at Swindon now. It was 90 minutes but you learn so much in 90 minutes."

Sporting excellence runs in the Ramsey family. His older brother, Jacob, is also in the first team at Villa, while his younger brother, Cole, is a member of Villa's academy in the under-14s squad.

His father, Mark, meanwhile took on a whole different career in professional sport having had over 60 fights as a professional boxer, which included two fights with legendary British boxer Ricky Hatton.

"Dad tried to get us into boxing but it wasn't for us," Ramsey continued. "We still go for fitness and because of what it teaches you with resilience. Our dad wouldn't let us stop pushing and when we set our target it was one thing and he made sure we did it. It has always been that way since.

"My dad used to play football until he broke his leg, and then he started focusing on boxing.

"Cole is in the under-14s. He is doing well. At that age it's a case of going out and playing and enjoying it at that age. I keep telling him to enjoy it because I look back and I think I miss playing at that age because there's no stress whatsoever. You just go out with a ball and play with a smile on your face. Hopefully one day all three of us will be in the midfield at Villa."

He will return to the Midlands at the end of the season to take his next steps with his parent club.

No doubt he'll be aiming to break into Steven Gerrard's squad having already sat on the bench for Villa a number of times in the Premier League earlier in the season, but he recognises how important it's been to get out of the Aston Villa bubble and to discover new opportunities elsewhere in the game too.

"I have been in that environment for years now, it's like my second home. Maybe even more than my first home!

"I've said to all the lads it is good to get away from the environment and see what the world is actually about. The only environments I've been around are England and Villa. It was good to come here and see what is different."

Ramsey is set to be involved in the squad that takes on Gillingham at the Jonny-Rocks Stadium on Good Friday.

Kick-off is at 3pm against the Gills and tickets are on sale online and from the ticket office. Be sure to buy before midnight on Thursday to save £2 on matchday prices.