The attacking midfielder appeared in two of England's three Group 3 Elite Round qualifiers, played over six days at Walsall, Rotherham and Chesterfield.

He helped Ian Foster's youngsters to a 3-1 win over the Republic of Ireland in the first fixture but then didn't feature in the second game against Armenia. He was involved again in the decider against Portugal as a brace from Tottenham Hotspur youngster Dane Scarlett booked England's place at this summer's finals.

England will now head to the competition at the end of the season alongside Romania, Italy, Israel, France, Austria, Slovakia and one other team still to be decided from Group 6.

"It was EURO elite round qualifiers," Ramsey said. "I was meant to have this in under-17s but because of COVID my age group never got the chance.

"There were three big games, Ireland, Armenia and Portugal, and it ended up coming down to the last game. Before the game everyone knew how important it was. We all put in a perfect performance and we got through, so it's a big achievement to have got to the EUROs, but we're not finished there."

The England squad Ramsey was a part of included some of the best young talents for his age group in the country - from Manchester City's Liam Delap to Carney Chukwuemeka, who is a teammate of Ramsey's at his parent club, Aston Villa. 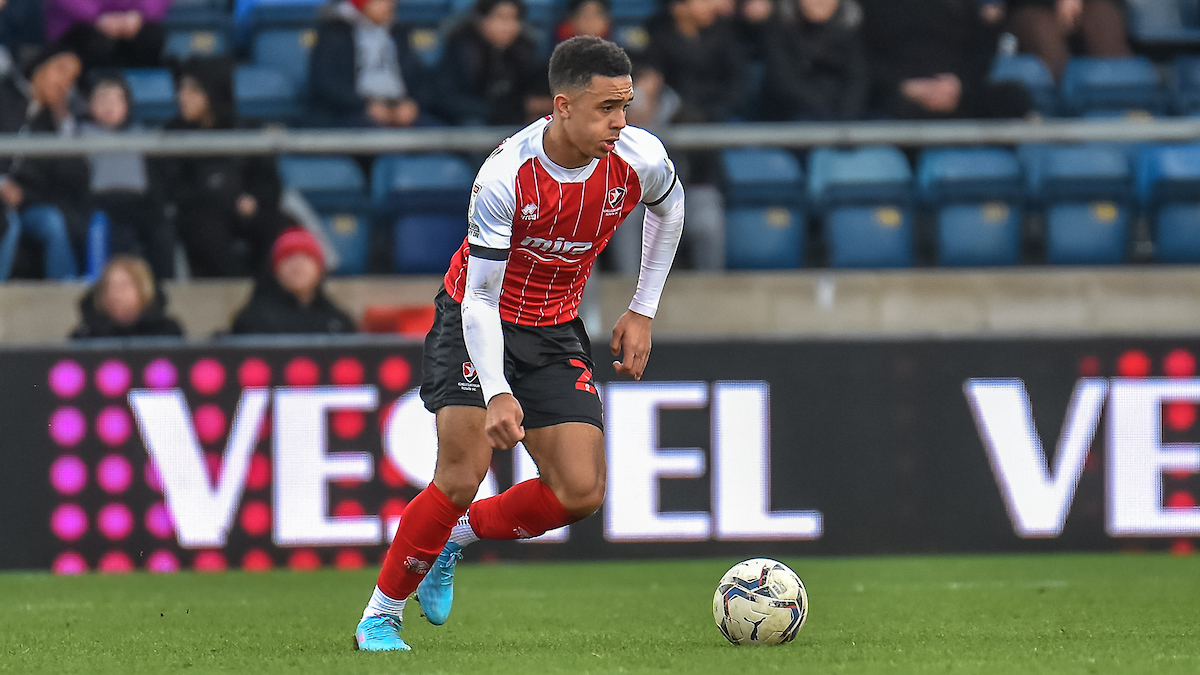 They will travel at the end of the season to try and help England come out on top as the best under-19s country in Europe with the Three Lions having last won the competition three years in a row between 2016 and 2018.

"In the middle of June to the end of June, and 1 July is the final, it's in Slovakia," Ramsey added.

"It's eight teams so it's group stages. First and second play each other from either group as the semi-finals and then the winners go into the final.

"I wouldn't say there's an expectation [to win] because every age group is different. There are big teams in there like Italy and France.

"The team is the best 25 players at that time so as a player it's proud to be picked. You are playing with players you play against on the weekend. There are even players I play when I'm out on loan now. When you go there you become a team for ten days and then back to enemies at the weekend!"

It has been a huge first season as a professional for Ramsey who joined the Robins on loan until the end of the season in January.

He made his first team debut for Villa in the Carabao Cup earlier in the campaign and now wants to use his experience of life at the Jonny-Rocks Stadium to aid his chances of achieving success with Aston Villa and England.

He continued: "Everything I've been through the experience helps me everyday in training, even as normal living it helps. I'm 19 years old but I still want to strive for a lot more."

Ramsey is back available for Cheltenham's fixture at Accrington Stanley on Saturday. Buy tickets for the game at the Wham Stadium with away travel all sold out for the match.