Gillingham and Cheltenham Town meet for the fifth and final time this season on Friday at the Jonny-Rocks Stadium (kick-off: 3pm).

It has been the Robins who have held the upper hand between the two teams this season having already met in the Carabao Cup, twice in the FA Cup first round courtesy of a replay, and once in the League back in November.

A lot of time and football has passed since then though and Gillingham visit on Friday desperate to get a much needed positive result as they target an end of season battle to avoid one of the three remaining relegation spots.

Following a pleasing home win against Portsmouth last weekend, Cheltenham are continuing to target a club record finish so will be looking to start the Easter weekend in positive fashion ahead of Monday's journey to Lincoln City.

Tickets for Friday's game are available to buy online. Buy before midnight on Thursday to save £2 on price increases on a matchday.

There are no fresh injury concerns going into the game. Ben Williams is expected to be missing with his hamstring problem, however Charlie Colkett (pictured) could be back in after a recent spell on the sidelines.

January addition Charlie Brown is expected to be involved again after overcoming the fitness issues that have ruled him out for much of the second half of the season. 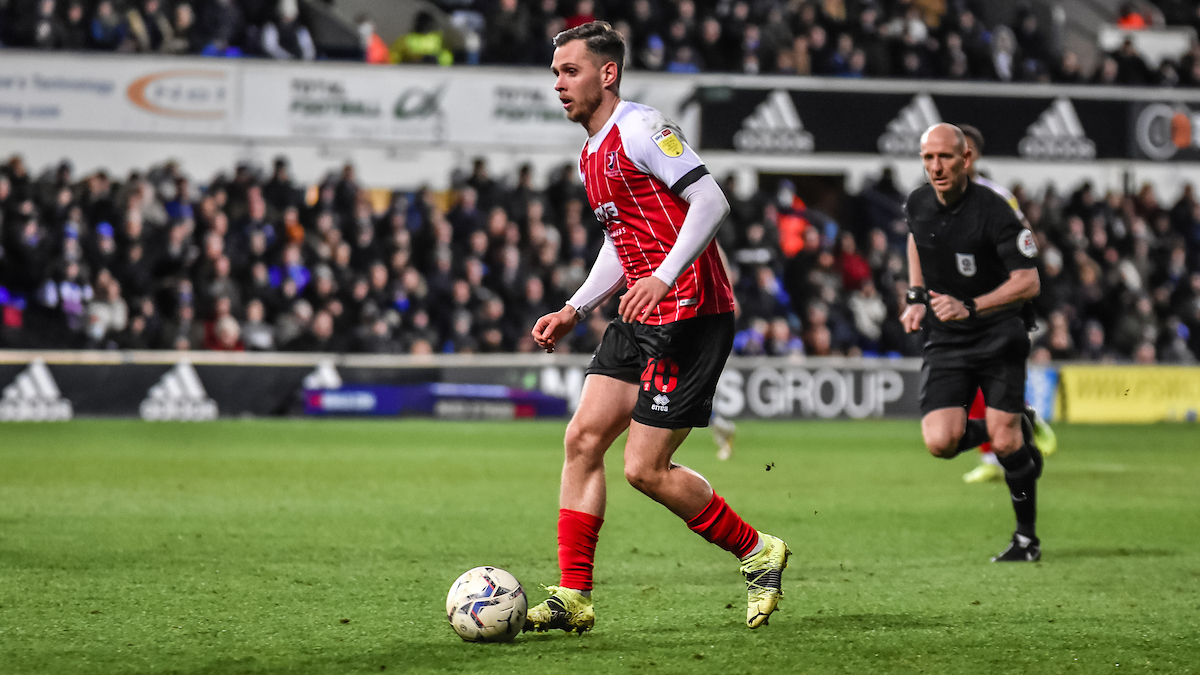 Speaking to the media on Thursday morning, Michael Duff has highlighted the improvements Gillingham have made under new manager Neil Harris in the second half of the season.

"They've got a different manager, a different way of playing - I think he's done a brilliant job Neil," he said on iFollow.

"I think they've kept six clean sheets in 14. He has got them really organised. You've always got a chance when you've got someone like Vadaine Oliver."

Tottenham Hotspur loanee Kion Etete has also been speaking to the press and he is aware of how much of a threat Gillingham will offer on Friday.

"With the position that they are in I feel it makes them more dangerous because they have something that they need to fight for," he said when speaking to the press on iFollow.

Friday's game is one of four massive end of season matches for Gillingham with their League One future on a knife edge.

They are currently in the final relegation spot, one step from safety, on goal difference. After taking on the Robins on Friday they have a massive fixture with relegation rivals Fleetwood Town on Easter Monday at home. They then travel away to Portsmouth before hosting promotion chasing Rotherham United on the final day.

It's been a tough season with former boss Steve Evans leaving earlier in the campaign to allow Neil Harris to take over as manager in late January.

Last time out they earned a much needed home point against Wycombe Wanderers. Important wins over the likes of Lincoln City, Doncaster Rovers and Accrington Stanley in the past few weeks have given them hope in their attempts to stay up as they at one point looked as though they could have been cut adrift.

They'll be hoping a number of their key men will step up at the most important point of their season in the next couple of weeks.

Front man Vadaine Oliver has ten goals to his name this season and offers a physical presence up front, while just behind him the likes of Olly Lee and January signing Ben Thompson provide Championship experience.

Skipper Stuart O'Keefe is another with useful experience, while German defender Max Ehmer is in his second stint with the Gills having made over 200 League appearances at Priestfield.

The youthfulness offered by QPR loanee Charlie Kelman, Robbie McKenzie and Republic of Ireland under-21 international Conor Masterton, another on loan from QPR, have as big a role to play in ensuring the club remains in the third tier.

Neil Harris' arrival as manager at the end of January has seen an upturn in form for the Gills that has increased their chances of avoiding the drop.

He had one season at Gillingham as a loanee during the 2005/06 campaign, signing on loan from Nottingham Forest having spent most of his playing days with Millwall where he's highly regarded at The Den. He also had brief stints at Cardiff City and Southend United and he's assisted at Gillingham by former Millwall teammate David Livermore. 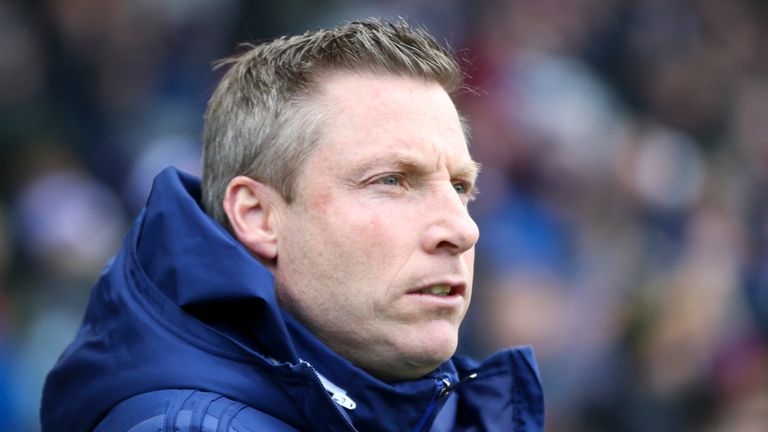 Buy tickets for the game online in advance. Purchase before midnight on Thursday to save £2 on matchday price increases.

If buying on the day you can buy tickets for the Autovillage Stand from the ticket office. For standing areas from the matchday sales point in the car park next to the bowls club and next to the Parklands turnstiles if purchasing for the Colin Farmer Stand.

Fans who have pre-paid for tickets can pick them up for all standing areas and the Autovillage Stand from the matchday ticket point in the car park. For the Colin Farmer Stand these will be available to pick up from next to the Parklands turnstiles.

Pick up a copy of Friday's match programme for £3 around the stadium. Friday's copy features a big interview with Reece Hutchinson describing his ambitions for the final stages of the season and his journey from Burton Albion to the Jonny-Rocks Stadium.

There are also features with Will Boyle, Michael Duff and more in Friday's issue which is also available to purchase online. 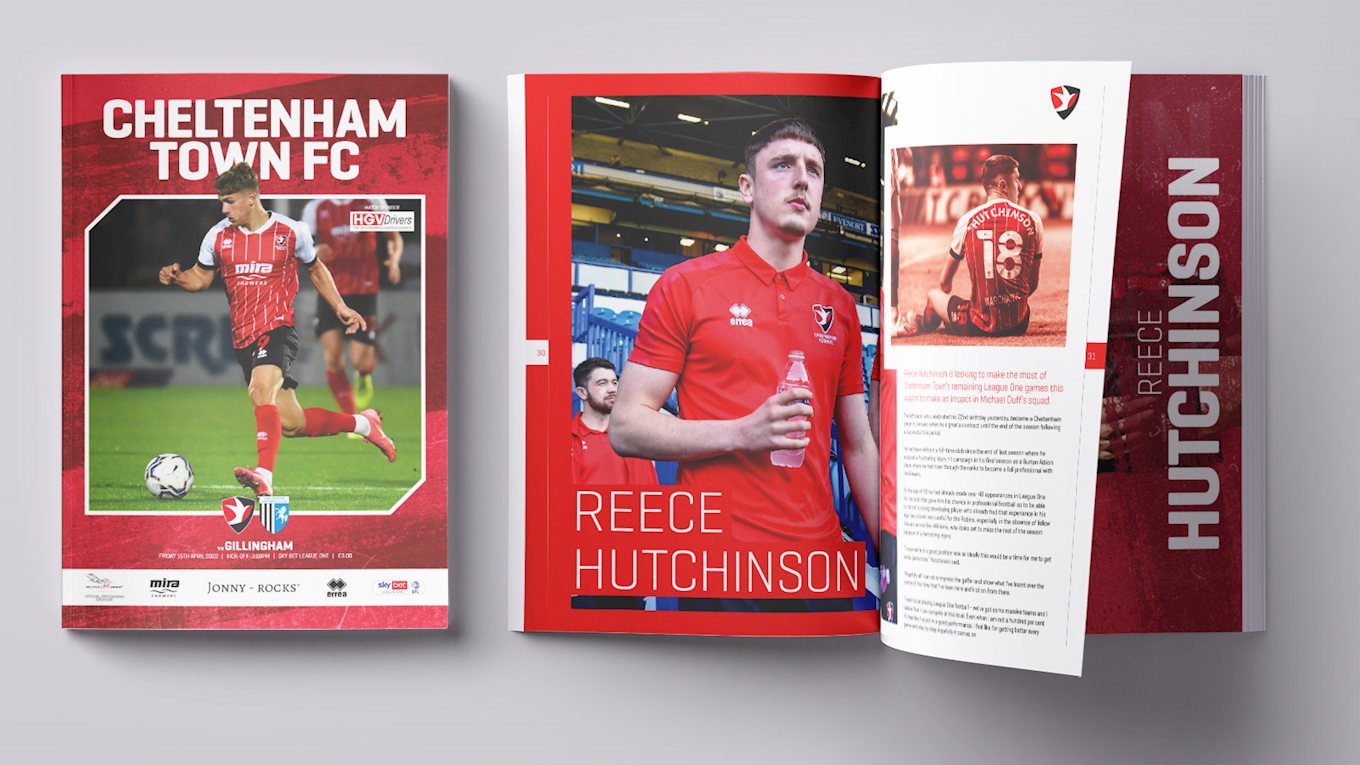 The fourth meeting this season between Gillingham and Cheltenham was the first League fixture between the two teams.

A Tuesday night visit to Priestfield ended in three points for the Robins with a 2-0 win.

Chris Hussey's corner dropped for Sean Long and the Irishman swept in to give Michael Duff's charges the lead.

It was 2-0 on the hour mark when Alfie May latched onto a Kyle Vassell header to score when one-on-one.

Listen: Full match commentary is available to hear on iFollow. Purchase an audio match pass for £2.50. If you are in Gloucestershire you can tune in on BBC Radio Gloucestershire.

Website: You'll be able to read a full match report on the club website. You'll also be able to watch the post-match press conferences on iFollow.

Highlights: For extended highlights, check out iFollow. Otherwise you can view shorter highlights on Sky Sports and YouTube.