The final episode of Inside CTFC for the 2021/22 season features Alfie May, Michael Duff and some highlights from a record breaking season in League One for the club

Watch the final episode of Inside CTFC for the 2021/22 season before the last match of the season at Cambridge United.

As the club celebrate a record breaking season in League One, Inside CTFC signs off for the campaign as a great watch before Michael Duff's team take to the field one final time.

Featured in this episode:

To watch the final episode see it above for free on iFollow. You can also watch it on your smartphone using the iFollow app.

Tickets for the game at Cambridge are available to buy on the day if you are choosing to make the trip.

Season tickets for the club's 2022/23 campaign are also now on sale. Buy now to make the most of early bird prices. 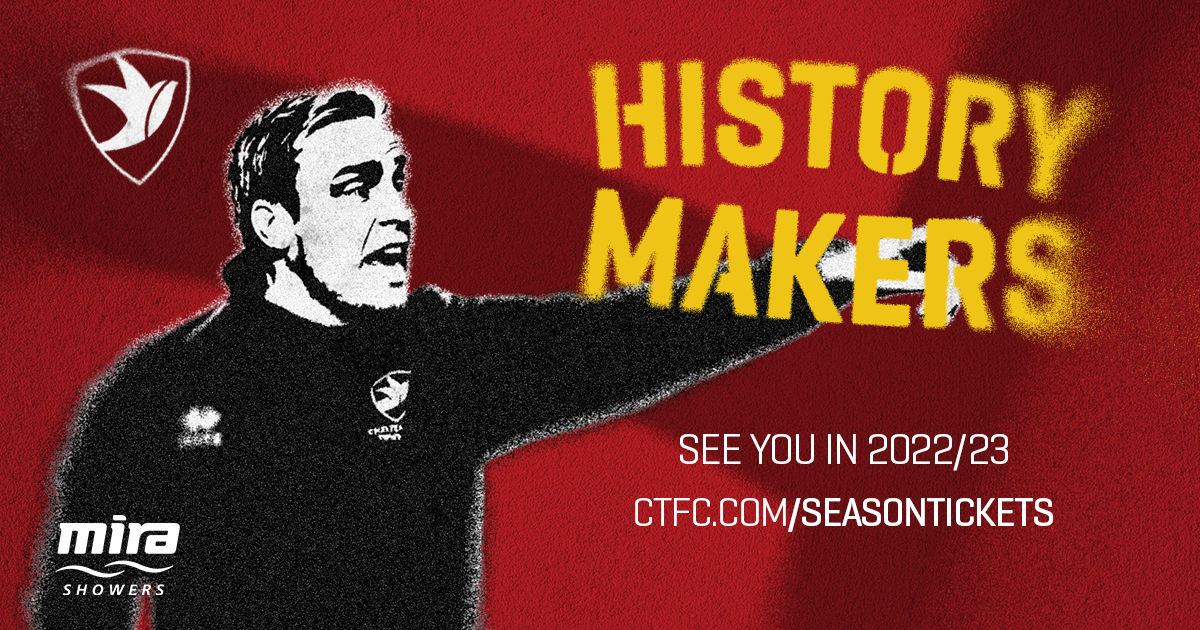