The Robins begin September with a tricky test against the Dons who are in good form heading into the contest.

Looking to start a difficult month on a positive footing though, Cheltenham will relish being back at home for another exciting afternoon of League One football.

Tickets for Saturday's match are available to buy online. Buy before midnight on Friday to save £2 on matchday prices.

Kyle Joseph could be handed his debut after his deadline day arrival from Swansea City on loan. Fellow deadline signing, Christian Norton, won't be involved though as he's got a groin injury that has prevented him from linking up with the squad so far.

Mattie Pollock (pictured) could be in line to make his first League appearance after he started Tuesday's Papa John's Trophy tie at Bristol Rovers.

Forward Kyle Vassell will hope to be involved again after playing in the second half on Tuesday. Charlie Raglan misses the game because of injury. 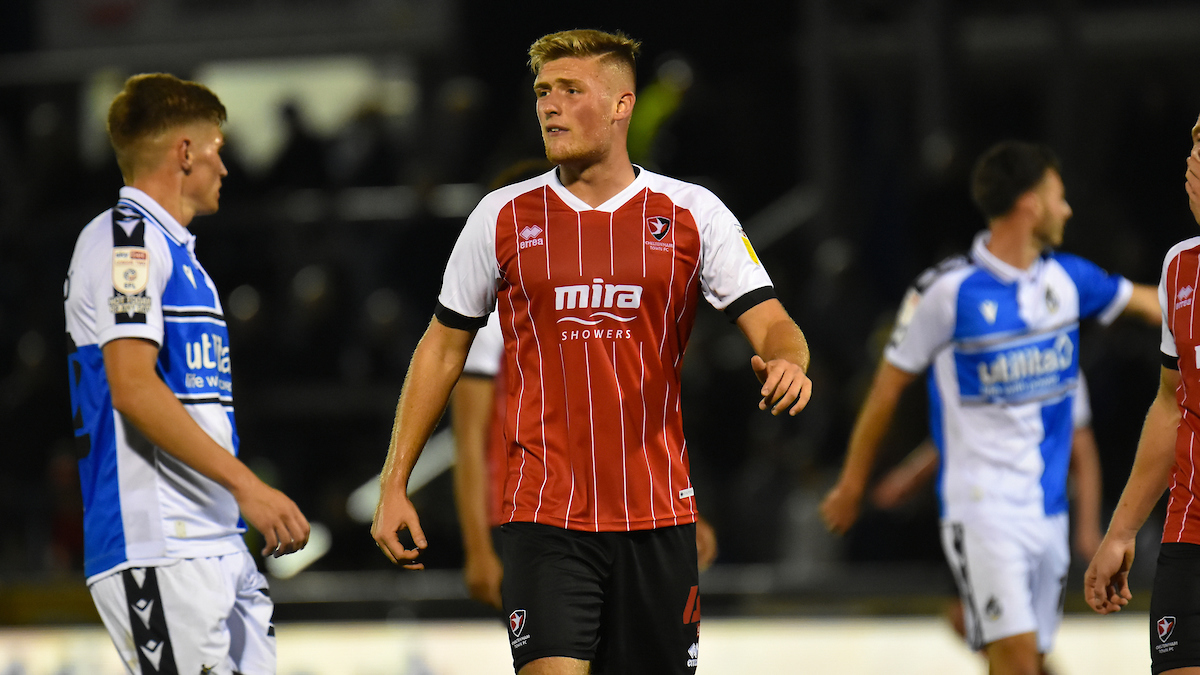 Michael Duff is expecting an MK Dons side who will look to control the game on Saturday when he spoke to the media this week.

"They've changed their manager, but Liam (Manning) has come in and they've brought him in for a reason. He hasn't changed anything really in terms of the way they want to play. There is a definite footprint of how they want to play, what their teams look like.

"They have some really, really good players. I went to watch them last week against Accrington and they want to dominate the ball, which is fine. I have no problem with teams having more of the ball than us, but it's important we try and dictate where they have the ball."

You can watch Duff's full press conference on iFollow. New signing Mattie Pollock has also been previewing the game - watch exclusively on iFollow.

The Dons won in midweek at League One rivals Burton Albion in the Papa John's Trophy to make it four games unbeaten heading into Saturday - three of which have resulted in wins.

They have a strong squad that includes a dangerous front line. One of their forwards is former Robins favourite Mo Eisa, though he'll miss the game with a groin injury.

Despite that it may mean former Swindon Town youngster Scott Twine, fellow young forward Troy Parrott, who is on loan from Tottenham Hotspur, or Charlie Brown could lead the way at the top end of the pitch.

Further back Blackpool loanee Ethan Robson, former Chelsea man Josh McEachran and veteran of the squad, Dean Lewington, provide good quality. There's another ex-Robin in the shape of defender Aden Baldwin who played four games for Cheltenham in 2018 when on loan from Bristol City - his last appearance coming against the Dons.

Appointed as MK Dons boss just a few weeks ago, it's Liam Manning's first Football League position having had a career mainly focused on coaching after playing youth football in Norfolk and Suffolk.

He worked as a youth coach at Ipswich Town, where he had been on the books at Portman Road, and then at West Ham United before being appointed as academy director of Major League Soccer side New York City.

In August 2020 he was appointed boss of Belgian second tier side Lommel S.K. before moving back to England to become Saturday's opposition's manager in mid-August. 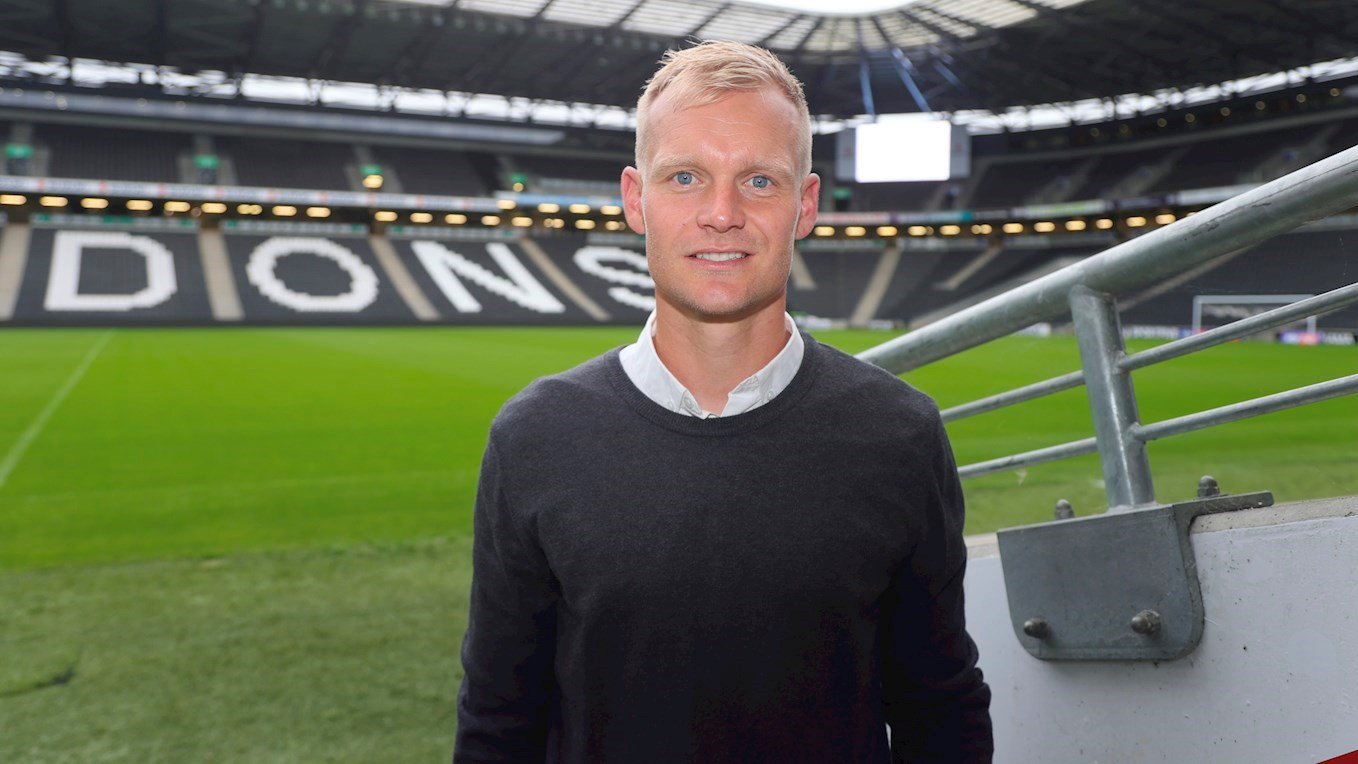 Copies of Saturday's match programme are available to purchase around the stadium at a price of £3. They can also be bought online.

Goalkeeper Scott Flinders is the big interview. There is also the return of insight from inside the boardroom for the first time in a number of seasons with chairman David Bloxham penning his notes.

You can also read features with Michael Duff, Taylor Perry as well as lots of history look backs. 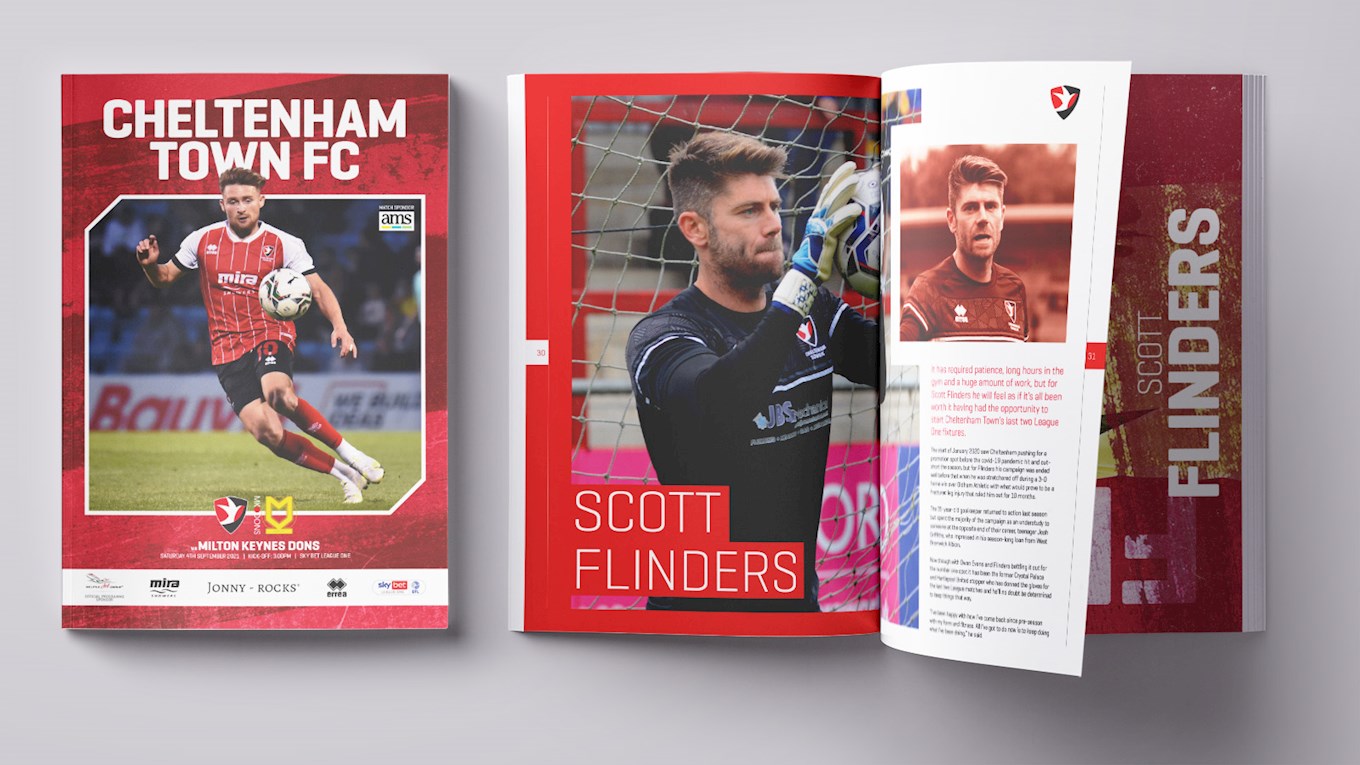 Save £2 on matchday prices by buying in advance online ahead of midnight on Friday.

Pre-paid tickets for the Autovillage Stand, Paddock, Tunnel and Speedy Skips Stand can be collected from the new matchday collection point at the Portakabin in the car park next to the bowling club.

Tickets for the Colin Farmer Stand can be collected from a new collection point located just outside the Parklands turnstiles.

Away supporters can collect tickets from the entrance to the Hazlewoods Stand where they'll be located during the game.

Either cash or credit/debit card will be accepted. There will no longer be any payment accepted at the turnstiles. The ticket office is open all day in the lead up to kick-off.

The club are working on introducing a fan zone for home games. Unfortunately this won't be in place for Saturday's match but the club are aiming to make an announcement ahead of a future home fixture.

We are pleased to be welcoming AMS Auctions as our match sponsors for the game.

AMS are based locally in Cheltenham and are close partners with the club.

As well as their wealth in experience in UK and overseas auction markets, AMS have helped with a number of charity auctions at the club, from the Hollie Gazzard Trust to the NHS fundraiser at the start of the covid-19 pandemic.