Callum Wright is August's Autovillage Player of the Month as chosen by Cheltenham Town fans with over 67% of the vote.

For the first time this season we gave Robins supporters the chance to vote for their top performer from Michael Duff's squad, with the award sponsored by our Stand Partners at Autovillage for a fifth consecutive year.

Leicester City loanee Wright joined up for a second spell with the club this summer following a successful period during the back end of 2020/21, where he played a big part in the League Two title success.

The 21-year-old midfielder has carried that form into League One, scoring and assisting three times in six appearances during August.

All of those goals came in the third tier, starting with a pin-point header against Ipswich Town which started the comeback in a 2-1 victory at the Jonny-Rocks Stadium.

Two very similar left footed finishes folowed in away matches at Fleetwood Town and Burton Albion, the latter of which was shown live on Sky Sports. 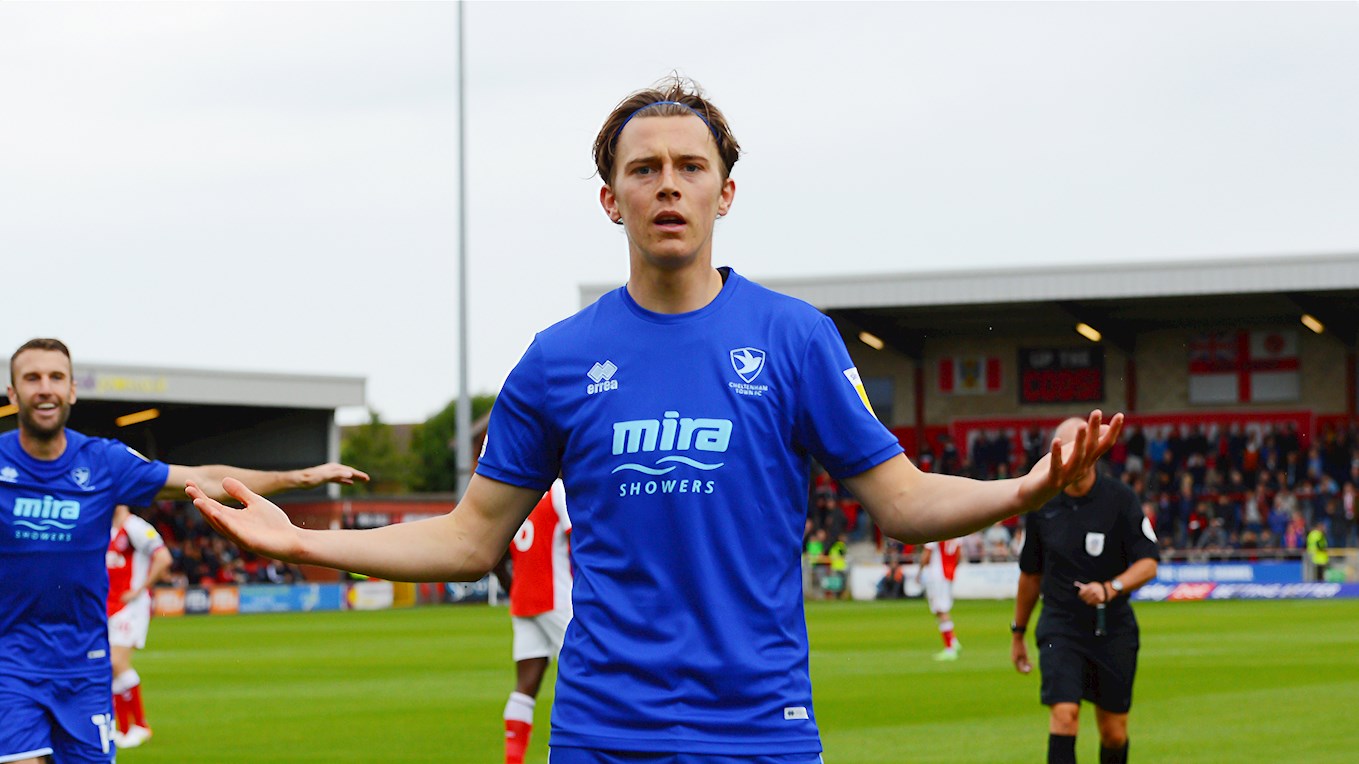 Two of Wright's assists came in the Carabo Cup first round victory at Bristol Rovers, with his perfectly weighted through pass teeing up Alfie May's opener - before his attempted overhead kick was turned in by Kyle Vassell at the Memorial Stadium.

He also crossed for Andy Williams to head home against Wycombe Wanderers in the club's first home game in League One for 12 years back at the start of last month.

Wright beat teammates Ellis Chapman, Will Boyle and Andy Williams to the award - keep an eye on our website and channels at the end of September for the next vote.