First year scholar Will Armitage became the youngest player to appear in a first team match for Cheltenham Town on Tuesday.

The teenager broke the record set by Simon Goodwin, who born in 1979, made his first appearance as a substitute against Burton Albion in March 1996 aged 16 years and 245 days.

For many years the youngest player to appear in the first team was Joe Hyde, who was born in 1935, and made his debut in a Southern League match against Yeovil Town in December 1952 at the age of 17 years and 31 days.

Paul Collicutt went onto beat his record in December 1975 when at the age of 16 years and 258 days he came on as a substitute in a first team fixture against Witney Town. 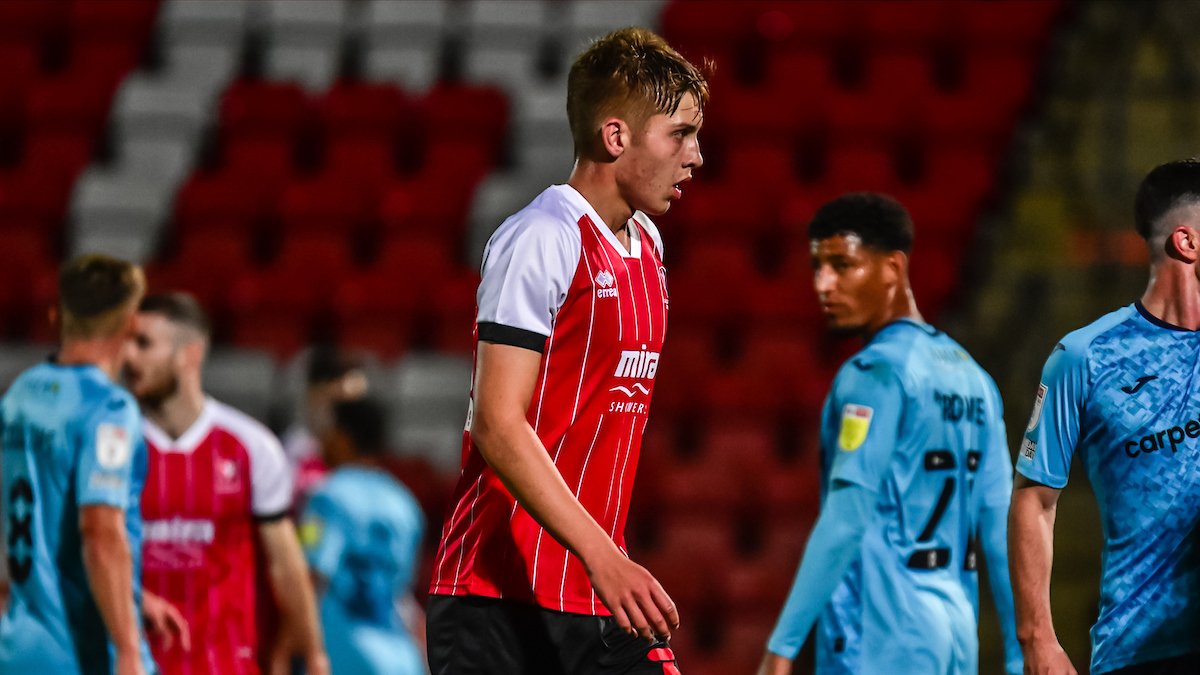 The youngest player to appear in the Football League for the club is Kyle Haynes, who born in 1991, appeared as a second half substitute against Oldham Athletic in a League One match in March 2009 at the age of 17 years and 86 days.

Commenting on his debut on Tuesday first team coach Wade Elliott said: "I thought he did really well. He's got a good temperament - he's a good kid, a good learner, a good trainer. He didn't look overrawed by it at all, he looked like he really enjoyed it. I thought he did what we've seen from him in the games he's played previously in pre-season where he reads the game very well and gets himself positionally in the right place. When he needs to head it he heads it and when he needs to defend one-v-one he did it well.

"It's the first of many small steps. I mentioned his temperament straight away. I don't think he or any of us will be getting carried away with one performance but he can be really proud. I think he'll be the youngest player who has ever played for the club which is a significant achievement so he can be rightly proud of that."

Thank you to club secretary Paul Godfrey for the research and information into the club's youngest ever players.