Taylor Perry has been chosen as the Autovillage Player of the Month for September with just over 49% of the vote.

The 20-year-old attacking midfielder narrowly edged out goalkeeper Scott Flinders in the poll, as well as teammates Matty Blair and Alfie May to scoop the award for September.

This was the second time this season that supporters have had the chance to vote for their top performer in the Robins squad, with the monthly award proudly sponsored by our stand partners at Autovillage.

Perry enjoyed more gametime in September and was a consistent performer, especially in the first few weeks of the month as the Robins picked up seven points from their first nine available.

The Wolves loanee scored a memorable first Football League goal in front of over 13,000 away at Charlton Athletic as the Robins won 2-1 at the Valley, converting Matty Blair's cross with a volley from close range.

He also stood out as Michael Duff's side made it back to back victories with a 1-0 success against Oxford United at the Jonny-Rocks Stadium.

Perry also went on to appear in the three away defeats that followed at Preston, Wigan and Sunderland.

To find out more about Autovillage, please click here.

Remember, it's 'Kids for a Quid' at the Jonny-Rocks Stadium for Cheltenham Town's next three home matches, starting with Accrington this weekend.

All Under-18 tickets are £1 when purchased in advance, click here to get yours using the code QUIDKID. 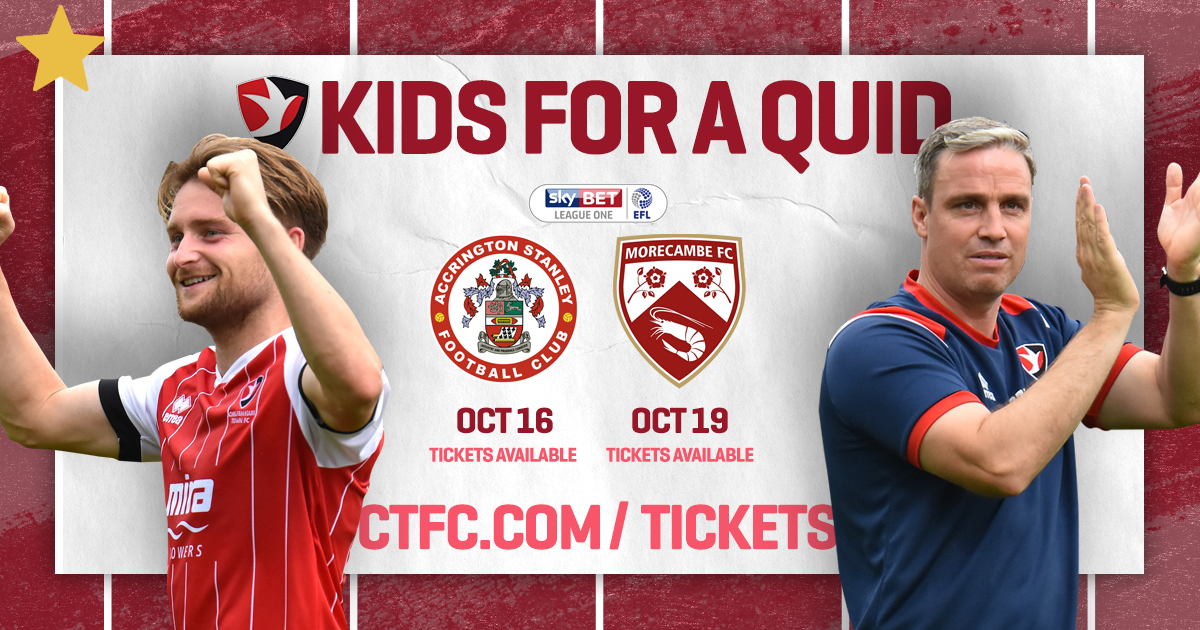