Cheltenham Town continued their winning ways in League One as they beat Morecambe 3-1 after a first half strike from Liam Sercombe and a second half brace by Kyle Joseph.

The Robins opened the scoring through captain Sercombe, who rifled the ball following a Sean Long long throw which caused chaos in the Morecambe penalty area.

The Shrimps levelled before half time with an indirect free kick setting up Adam Phillips to blast the ball past Scott Flinders, who conceded the set piece after some miscommunication with Chris Hussey.

Joseph stole the show and the three points in the second half with a quick brace. The first a smart volley from Matty Blair’s cross down the right channel, but his second was a sensational strike on the edge of the box which clipped the far post and nestled into the goal.

Michael Duff’s side dominated following the fourth goal of the match, with many chances from Joseph and Sercombe keeping Shrimps keeper Jökull Andrésson busy until the final whistle.

“It felt like a clean sheet because their goal has come from an absolute anomaly,” added Duff.

Cheltenham made a fast start with Kyle Vassell having a shot blocked by Shrimps skipper O’Connor, and then moments later a quick corner evaded the feet of Joseph and Vassell in the away box.

A clever through ball by Dan Crowley sent Joseph one on one with Shrimps keeper Andrésson, but the keeper makes a smart diving save to keep the Robins at bay. 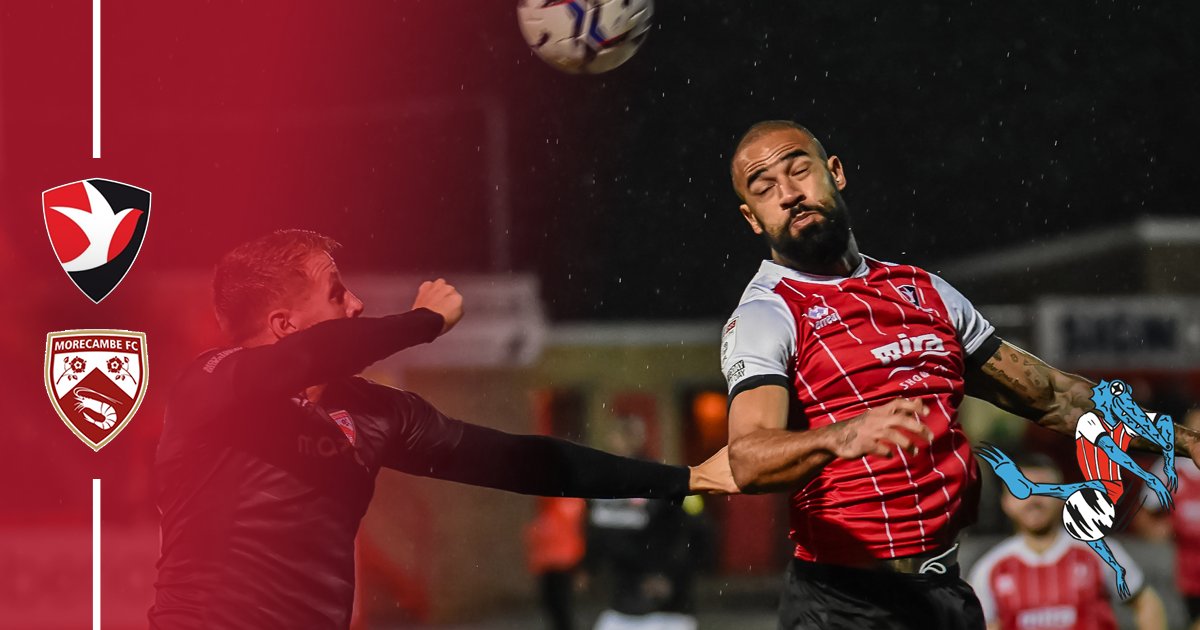 Immediately from the corner, Chris Hussey’s cross finds Vassell, however the forwards header went wide of the goal.

Long’s long throw led to Sercombe smashing the ball past the Shrimps keeper, with Mattie Pollock playing a big part in the opening goal as the on-loan defender headed it down into the path of the captain.

Morecambe got level through an indirect free kick setting up Phillips to curl the ball through the Robins wall and into the far-right corner of Flinders’ net.

Moments before, Long slipped down the opposite end of the pitch and went down, creating a gap in the backline of the defence, plus the pressure of Stockton caused Flinders to pick the ball up leading to the awarding of the decisive free kick.

Jamaican international Greg Leigh nearly put the travellers in front after jumping above Blair, however it followed with a sigh of relief by Robins fans as the ball clipped the outside of the near post.

Morecambe thought they’d taken the lead in the 49th minute after Jonah Ayunga clipped a Shrimps corner into the path of Stockton, although instead of it being his eleventh league goal, it was deemed offside.

The away side pushed on for a second as Ayunga continued to be a problem for the Robins, but the forward’s shot dragged well wide of The Hazlewoods Stand goal.

Star midfielder Crowley set up Vassell following a lofted ball in the back of the box, and it looked like the striker would double his league goal tally for the season, but Andrésson made a diving save to prevent the home side from going in front. 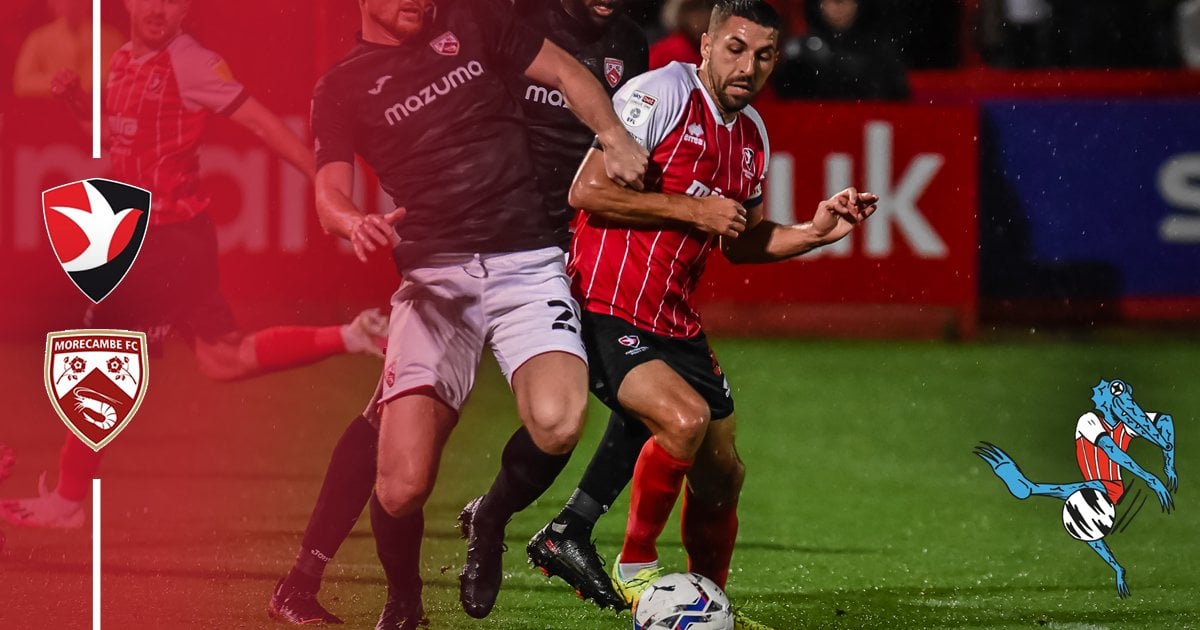 The Robins pushed forward with Sercombe looking to score a second, however the midfielder’s shot rose high over the Speedy Skips Stand.

Crowley yet again ran forward at the Morecambe backline, before setting up Thomas to fizz the ball towards Joseph to strike it into the net. Despite it being behind him, the Scotsman connected well and gave the Robins a well-deserved lead.

The striker on-loan from Swansea City wasn’t satisfied with just the one goal and pulled off a sensational strike outside the box that clipped off the far post to put Cheltenham in a comfortable position.

Confidence was flowing from Joseph as the young striker charged forward but his shot inside the Morecambe area drifted into the side netting of the near post, denying him of his first hat-trick for the club.

Cheltenham didn’t stop at three, with multiple chances in the final half, as Sercombe came close again with another long-range strike, but again the Shrimps keeper made another save.