The under-21s side from current European champions Chelsea visit the Jonny-Rocks Stadium on Tuesday night in the Papa John's Trophy (kick-off: 7pm).

For the fans heading to the game it's once again another good opportunity to watch some of the talented youngsters aiming to forge their way into one of the best performing sides on the planet, much like many of the young stars who have featured for Premier League sides in the past upon their visits to Gloucestershire.

The Autovillage Stand, Paddock and Colin Farmer Stand will be open for home supporters this evening. Please use the turnstiles on the corner of Whaddon Road and Wymans Road to gain access to the Colin Farmer Stand.

Please arrive early if you are collecting tickets to leave plenty of time ahead of kick-off.

Kick-off is at 7pm and tickets are available to buy online and in person on the night from the ticket office.

Michael Duff is planning to make a number of changes to the team that started in Saturday's 3-2 loss at Doncaster Rovers.

A number of young players are expected to be involved, while it will also give fringe players in his team the opportunity to get competitive game time and make a push for a starting place in the club's League One side for matchdays.

Already in the competition this season they've defeated Exeter City on penalty kicks after a draw in their first group game, while last time out they won 2-1 away at Bristol Rovers. They are two results that have already confirmed their progress in the group.

Lewis Baker was amongst their squad when they won last time in the competition at Rovers. The 26-year-old has 17 caps for the England under-21s and has enjoyed a career that's taken in spells on loan at Leeds United, Middlesbrough, Vitesse, Fortuna Düsseldorf and Turkish top tier side Trabzonspor last season.

In the final round of matches it's a shootout between the Papa John's Trophy Southern Section Group E's League Two teams to see who will join Chelsea under-21s in the knockout stage of the competition.

Bristol Rovers and Exeter City face off against one another at St James Park with the winners of that tie heading through.

Tickets purchased before 2pm are available at the advanced price. Tickets that are bought beyond this time or in person on the night increase by £1 from the original prices of £5 for adults, £3 for seniors and £1 for under-18s.

All pre-paid tickets must be collected from the ticket collection point portakabin in the main car park.

The front cover star and main interview for Tuesday's programme is with academy product Grant Horton.

The defender discusses his second season as a professional and being a part of the first team squad in League One.

The programme is available to buy around the stadium for £2 and is also on sale online. 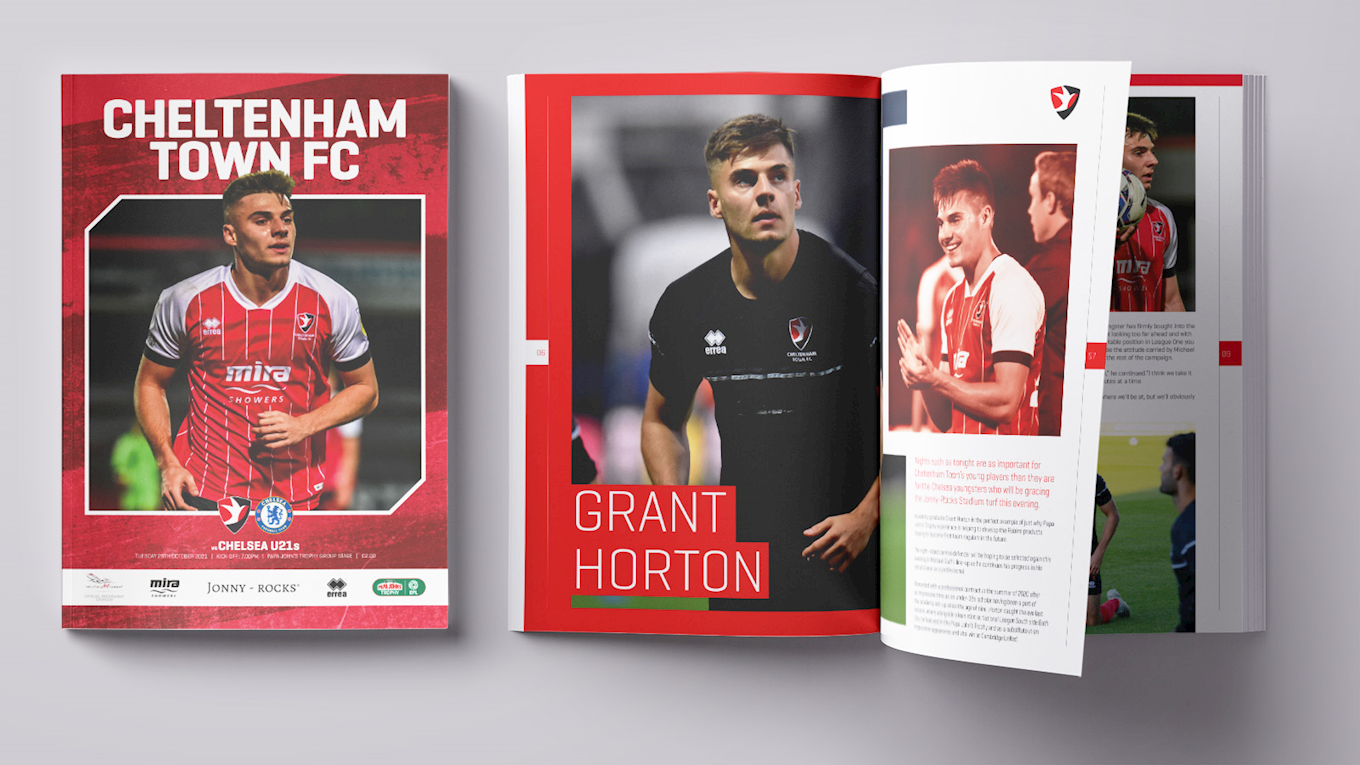 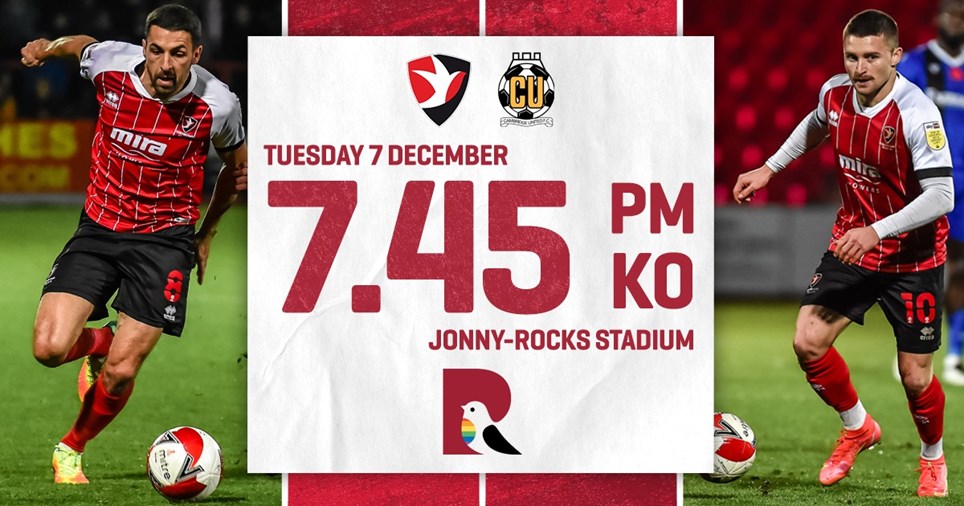 
After a run of away games Cheltenham Town face the first of consecutive home matches in a week when Cambridge United visit the Jonny-Rocks Stadium this evening (kick-off: 7.45pm). 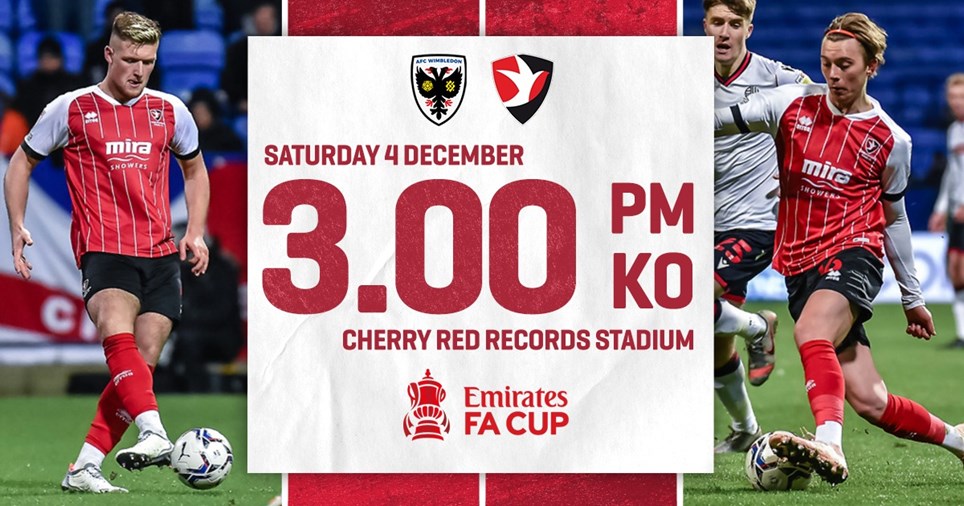 
It's a visit to AFC Wimbledon's brand new Cherry Red Records Stadium at Plough Lane for Cheltenham Town in the FA Cup second round on Saturday (kick-off: 3pm). 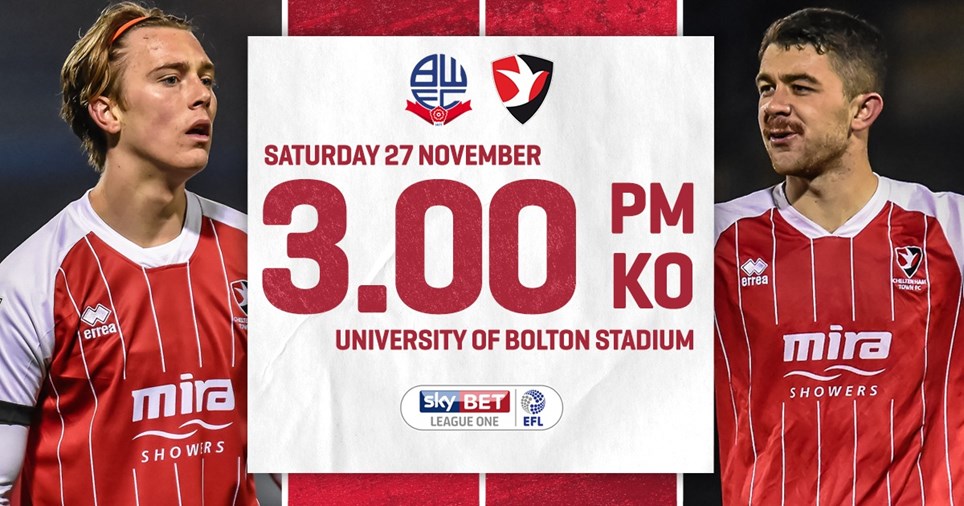 
Fresh off the back of back-to-back League One wins, Cheltenham Town travel to Bolton Wanderers on Saturday in League One (kick-off: 3pm). 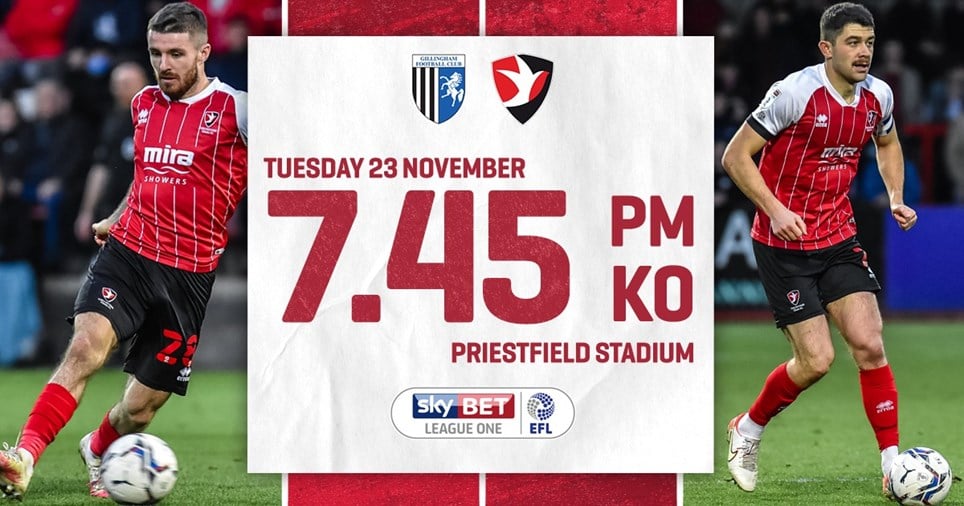 
It's meeting number four of the season this evening as Cheltenham Town travel to take on Gillingham (kick-off: 7.45pm).