The scholars have enjoyed a positive start to the 2021/22 season and currently sit 4th in the EFL Youth Alliance South West Division.

Victory over MK Dons under-18s in the last round has set up Tuesday's game with Wimbledon with victory over MK coming after a string of good results.

Good results have pleased Haynes, as has the progress made by second year scholars who have been out on work experience loans.

"The under-18s group as a whole is in a really good place with players on their own individual programmes," he said.

"The players playing in the under-19s league were four wins in a row, four really competitive wins with 11 goals scored which is really encouraging. There are three or four 15 year olds playing in that and we're one of the only clubs not playing any third years or under-19s with a lot of our players out on work experience.

"It's really exciting and encouraging from a results point of view, but what's most pleasing is the way the team is playing and watching players who are transitioning into the under-17s or out on loan. They're still playing the way we'd like them to so it's really encouraging that no matter where they're playing they are impacting games positively."

"It's really exciting and encouraging from a results point of view, but what's most pleasing is the way the team is playing and watching players who are transitioning into the under-17s or out on loan" - Pete Haynes, under-18s manager

Seven of the under-18s have been out getting game time in senior non-league football. Joe Hunt and Felix Miles have been in the Southern League at Evesham United, Brennan Denness-Barrett, Josh Aldridge and Archie Woodall have been in the Hellenic Premier with Tuffley Rovers, while George Clark has spent the campaign so far at United Counties League side Gresley Rovers with goalkeeper Jake Parsisson at Shortwood United.

Covid-19 impacted their first season as scholars in the under-18s squad but as the environment at the training ground continues to improve, there has been no disruption in comparison to last season.

"I feel for the second year scholars at this moment in time because their first year was disrupted by covid massively," Haynes added. 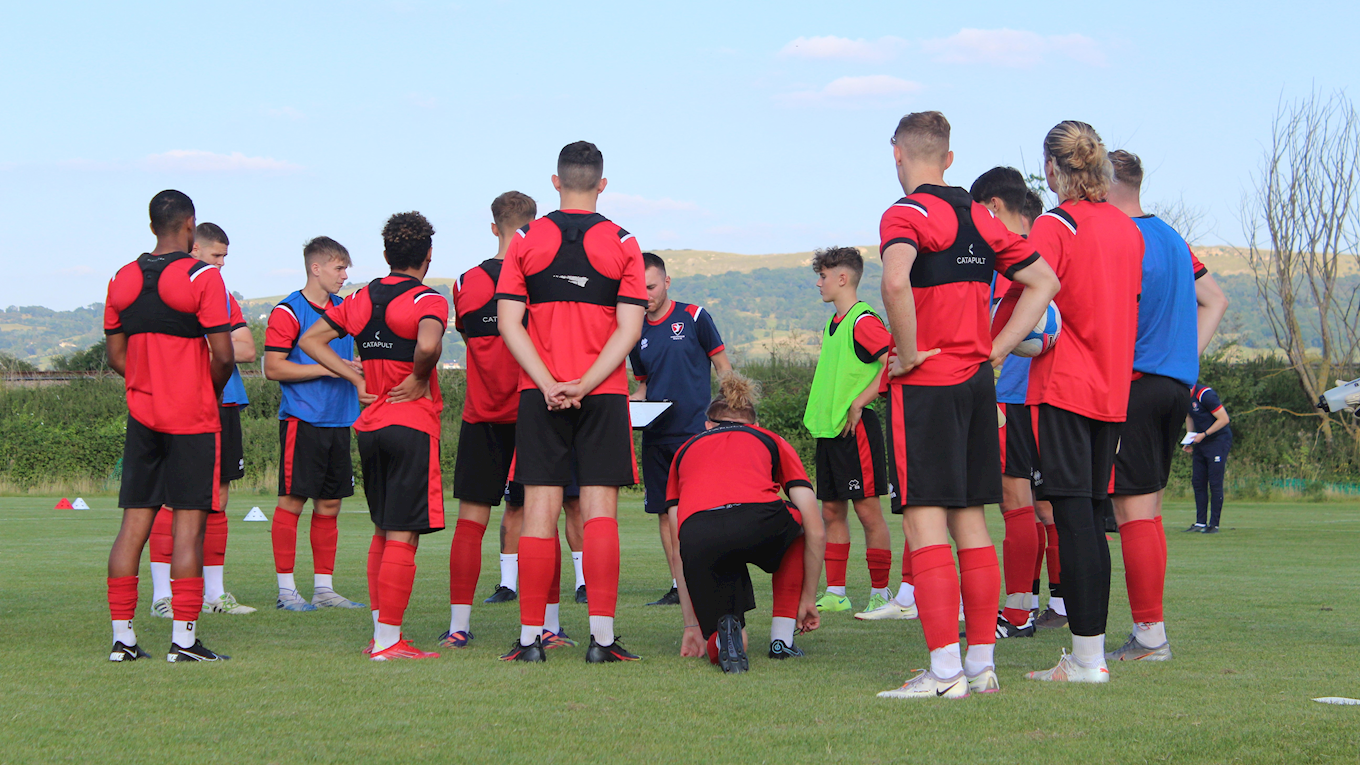 "I think the club as a whole deserves a lot of credit for how they've managed all the covid protocols to make sure that last year the programme could continue and then this year the way we've devised the programme means there are very little interruptions.

"We're flexible with our first team arrangements. There's really good communication which means if players are needed for the first team they get that opportunity without their own training schedule being influenced. We believe the programme is in a very settled place and that naturally coincides with results and performances on the pitch."