How Cheltenham Town returned home without at least a point from this one is anyone's guess.

They created a string of great chances, struck the woodwork twice and missed a second half penalty as they chased a topsy-turvey game at the Keepmoat Stadium.

But they ultimately paid the price for conceding three poor goals in a pulsating encounter in South Yorkshire, losing by the odd goal in five.

Late goals by former Rovers' favourites Alfie May and Andy Williams gave Michael Duff's side some hope in the closing stages but the home side clung on for the victory that lifted them off the foot of the table. 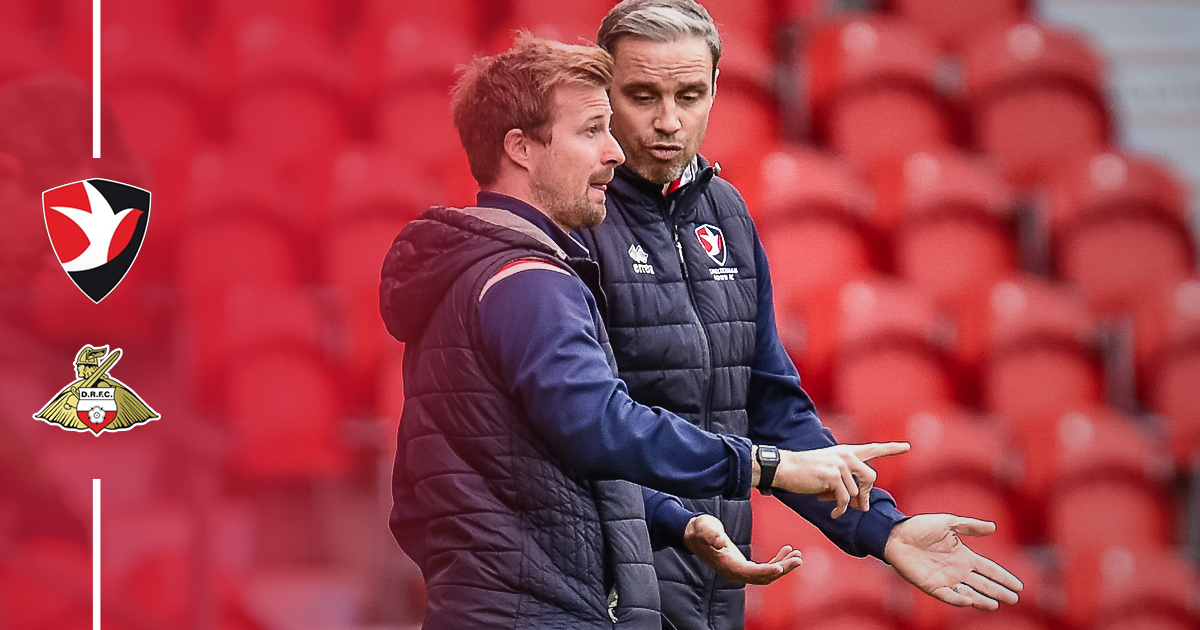 "I think we've had 20 shots but I don't think we've been great today," Duff said afterwards.

"We're disappointed because I think we deserved something out of the game. We missed two really big chances at 0-0 and I think if you come here at the minute and you go a goal up, it's a different game.

"We've got to do lots of the game better but ultimately we've missed a penalty, hit the crossbar twice and been beaten by the odd goal.

"In the last 20 minutes I just think we ran around a bit more. We started the game okay and created some chances but then I don't think we did anything well. We tried to change the shape a few times but people weren't pressing, people weren't being combative and people were running off our players and that doesn't normally happen.

"Running hard and being competitive shouldn't ever go away. Formations will come and go but you can't come to any team in this league and we have to be on it, as I've said numerous times, but we weren't today." 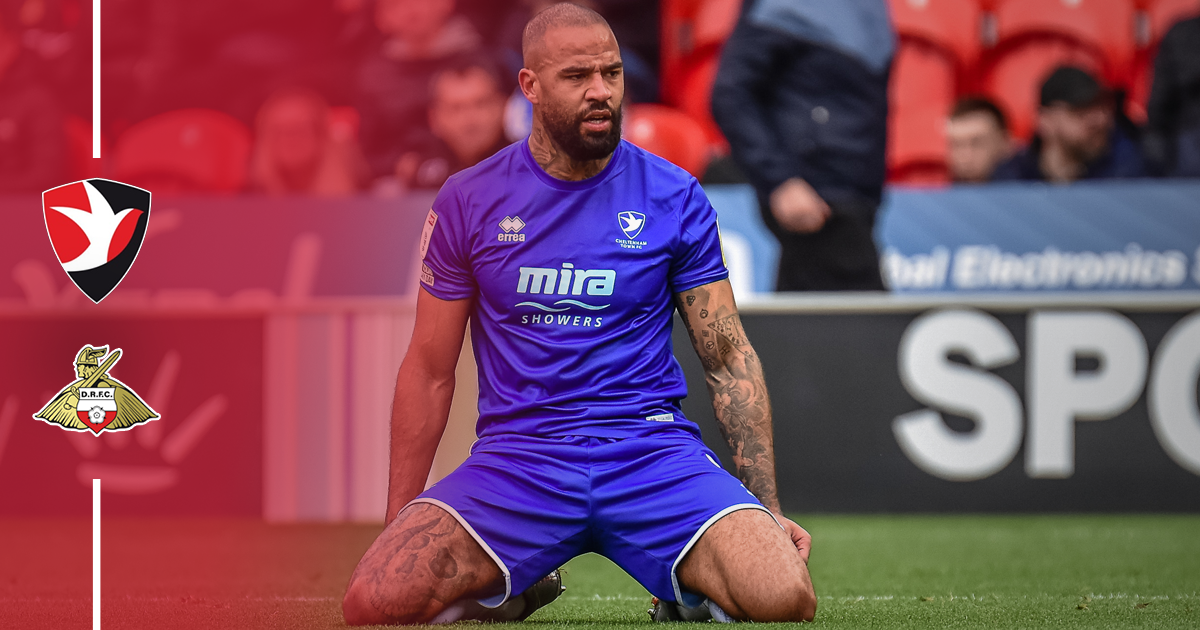 Duff kept faith with the side that defeated Morecambe on Tuesday, his side's second win in four days.

Again he deployed a diamond midfield with Conor Thomas at its base and Dan Crowley in behind the front pairing of Kyle Vassell and Kyle Joseph.

His side started well enough and Vassell was handed a couple of early chances, both falling for him at the far post after some good work by Matty Blair but the big striker couldn't make them count.

Had he'd taken one of them the game may have had a very different complexion but Rovers went on to grab the opener with 23 minutes played, Joe Dodoo running on to a simple ball over the top to guide a low angled finish past Scott Flinders.

Ben Close almost made it two a moment later but Flinders produced a good save, diving to his right, to push away the danger.

Liam Sercombe had a chance to respond, lifting a ball over two opponents before trying a dipping volley which missed the target by a matter of inches. 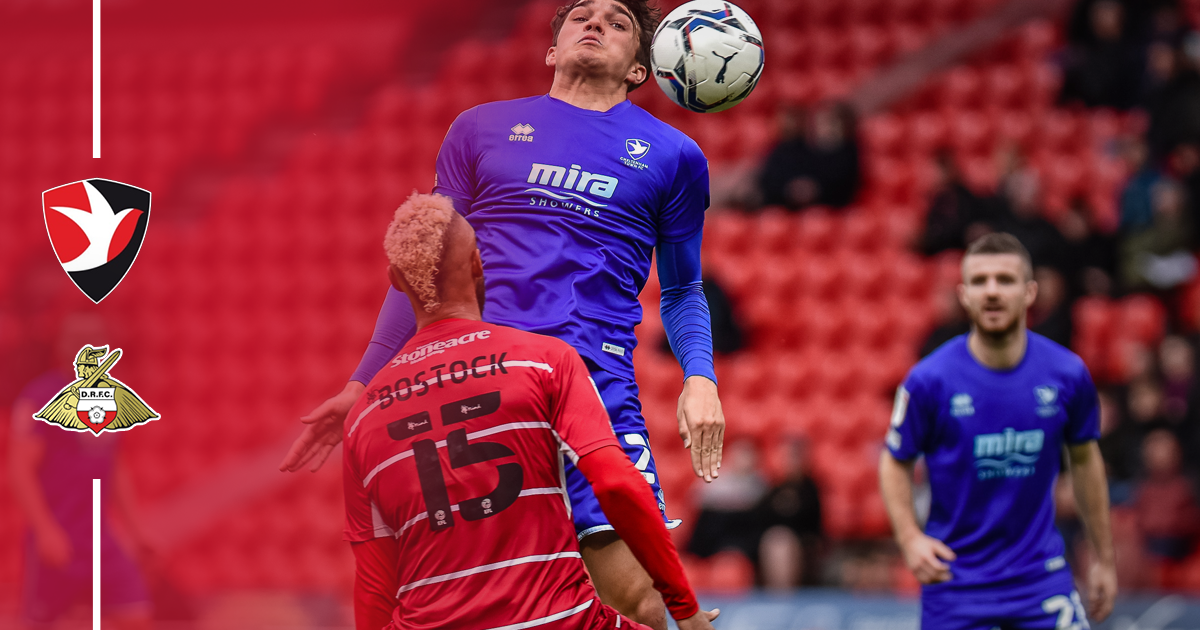 But skipper Tom Anderson made it two on the stroke of half-time, easily heading home from a corner on the right to leave Michael Duff's side with it all to do after the break.

Conor Thomas was a whisker away from pulling one back immediately after the restart, latching on to the loose ball after a cultured effort by Ellis Chapman was spilled into his path.

It was the first incident of an eventful second period which saw chances for both sides.

Duff had sent on May (for Dan Crowley) and Christian Norton (Thomas) but within seconds the home side had added their third when Rodrigo Vilca ran on to a ball down the right and blasted one past Flinders.

Ethan Galbraith, the Manchester United loanee, was then denied a fourth by a notable stop by Flinders.

At the other end Liam Sercombe rattled the crossbar with a thunderous effort from 18 yards, which came back off the line before it was cleared.

Next Duff's side turned defence into attack, handing May the chance to centre from the right but his cross was handled by a defender.

With Thomas, the regular penalty taker, substituted it was left to Sercombe to step up to the mark and the midfielder smashed it down the middle but saw it saved. May followed up, but struck the right post before it was cleared.

But May pulled one back with 22 minutes remaining, squeezing one home from a tight angle down the right with the Doncaster defence all over the place.

Duff's side threw the kitchen sink at it in the closing stages but the fragile Doncaster defence held on, just about, to seal the win. 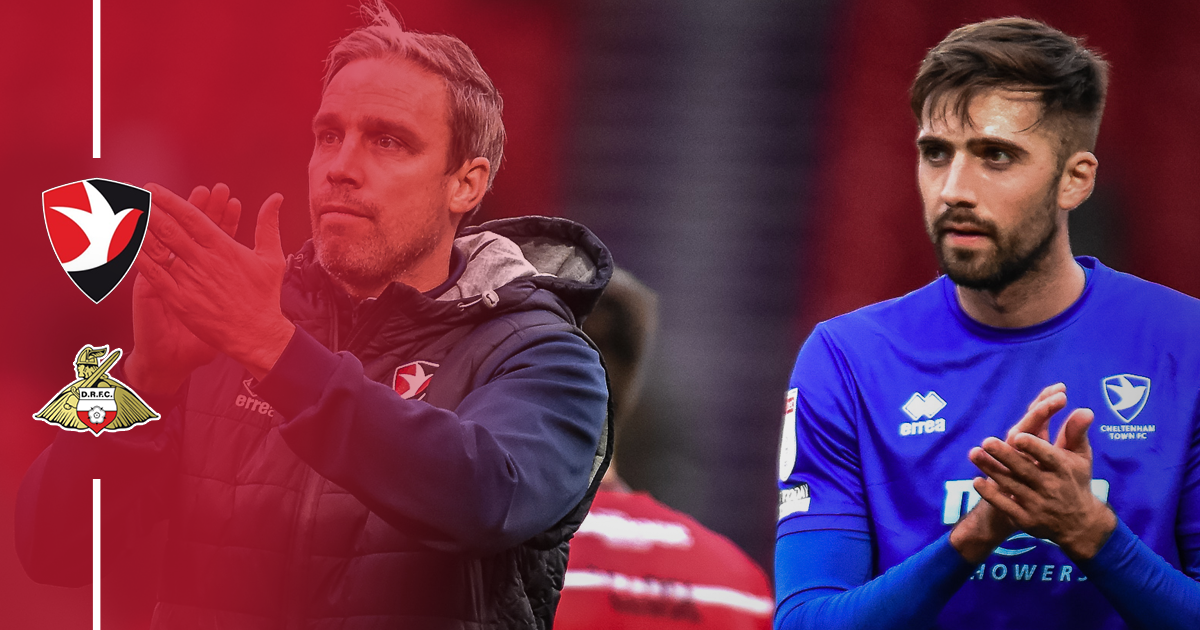