Cheltenham Town kick-off their FA Youth Cup campaign with the visit of North Leigh to the Jonny Rocks Stadium on Wednesday night (kick off 7:00 pm).

Pete Haynes will be looking to replicate 2019/20’s success which saw his side take seven time competition winners Arsenal to penalties in the third round.

Supporters will have the chance to watch the future of Cheltenham Town in Wednesday night’s fixture, with some familiar faces in action as Felix Miles, Will Armitage and Joe Hunt could be taking to the pitch in their own team having already featured in Michael Duff’s senior squad. The young stars are set to feature in what will be a great opportunity for the youngsters to show off their ability in front of the home crowd.

North Leigh are one of many non-league club’s to have their under eighteen side reach the first round proper, with the Oxfordshire side boasting a full-time U18 set up with clear success given their run in this season’s FA Youth Cup. The opponents have already played four times in this season’s competition, scoring eighteen and conceding twice as they’ve overcome Bracknell, Easington, Thame, and Cirencester to reach the first round.

Manager Pete Haynes had this to say on the competition:

“We’re very much looking forward to the game, it’s a great showcase for the academy as a whole. The FA Youth Cup competition is sort of the epitome of academy football and all players aspire to play in it. It’s great to get the opportunity to play at home in the first round, it’s a great opportunity for them to showcase their ability as a group and also as individuals but also they understand that they’re representing the academy in terms of the future players to come and we hope they’re able to take their opportunity in tonight’s game”.

Haynes' side will also be treating it like any other game with no room to take it easy.

He added: “It will be similar to last year where we drew Tuffley Rovers, a non-league under eighteen side, these games always pose slightly different challenges to what our players are used to from the academy football but it is also one of the reasons why we send our players out on work experience loans to experience non-league football and the competitiveness of it.

“We’re fully expecting North Leigh to be very competitive, we’ve seen from some of their results in some of their games. They’ve got some very good players, I think it’s testament to the football pyramid in non-league where a lot of clubs now have full time programs for their under eighteens, North Leigh’s players are in a full-time footballing education program. I think it’s testament to the programs being run that so many non-league sides are getting through to the first round proper and it poses a really interesting challenge for us.

“We will be perceived as the favourites but we’re very keen to make sure that our players understand that it’s another game, they can only focus on the game and what’s in front of them and ultimately they need to do what they are able to do to make sure that they are and we are one hundred percent able to give ourselves the best opportunity to win the game”.

It’s another great chance for the club to progress in the country’s biggest youth football competition, with memories of the Arsenal game spurring the side on:

“The run to round three a couple years ago was a fantastic run for our youth team at the time and I think it’s fair to say there was quite a lot of disappointment that we didn’t win the game because we deserved it and the players believed we deserved it. I fully believe in this group of players to emulate that success and potentially go another round further but it’s really important that we focus on one game at a time and the next game is the most important one so North Leigh is our absolute priority, making sure that we are able to win and compete in that game but this group of players are very talented and have been in the system for nine, ten years.

“A lot of them have experienced first team football, whether that be in the club itself or out on loan. It’s a very strong group of players and we fully believe they have every capability to go far in the competition but that is only if they stick to their fundamentals, they work hard, they compete and have the bravery to play in the way that we know that they’re into”.

Hayne’s also isn’t worried about the occasion of the competition getting to his players:

“Playing in the stadium under lights is a fantastic opportunity and it does pose a slightly different environment than what players may be used to but again due to our loan program they’ll have loads of experience playing in stadiums and playing under lights, playing in front of crowds. For our players it will be an exciting occasion, there will be lots of people watching and ultimately it’s another opportunity for players to showcase themselves and where they’re at in their development.

“Our job is to make sure that they’re prepared as possible for the opportunity and as part of that we do train in the evenings under the lights and also with the loan program they’ve played in front of a crowd so we’re sure that we’ll have a lot of support tonight and that would be fantastic.

“Hopefully the young Robins are able to put on a good performance for those who have come to watch”.

Kick-off is at 7pm at the Jonny-Rocks Stadium. Tickets are £5 for adults and £2 for concessions with the Autovillage Stand and Paddock open for spectators. 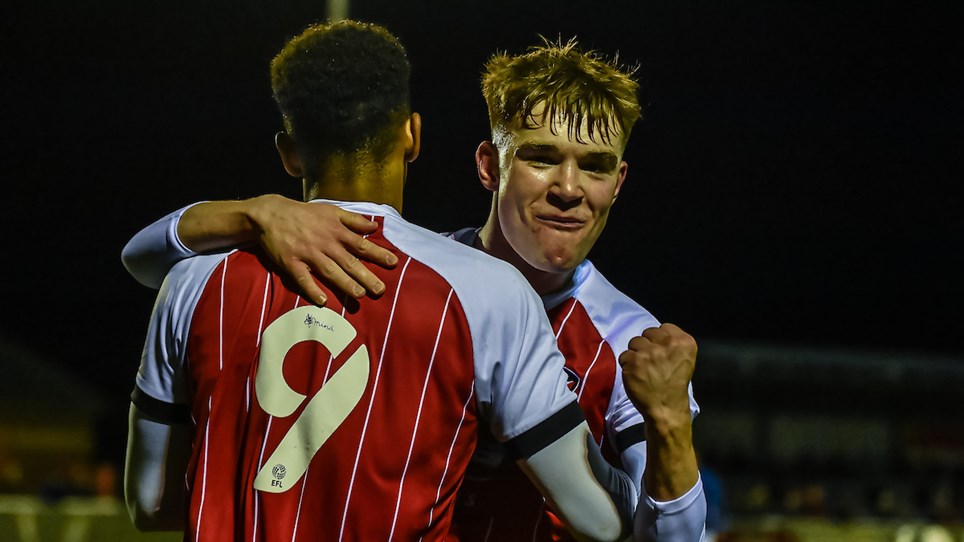 
An extra time victory saw the under-18s side battle their way through into the FA Youth Cup third round on Thursday evening at Evesham United. 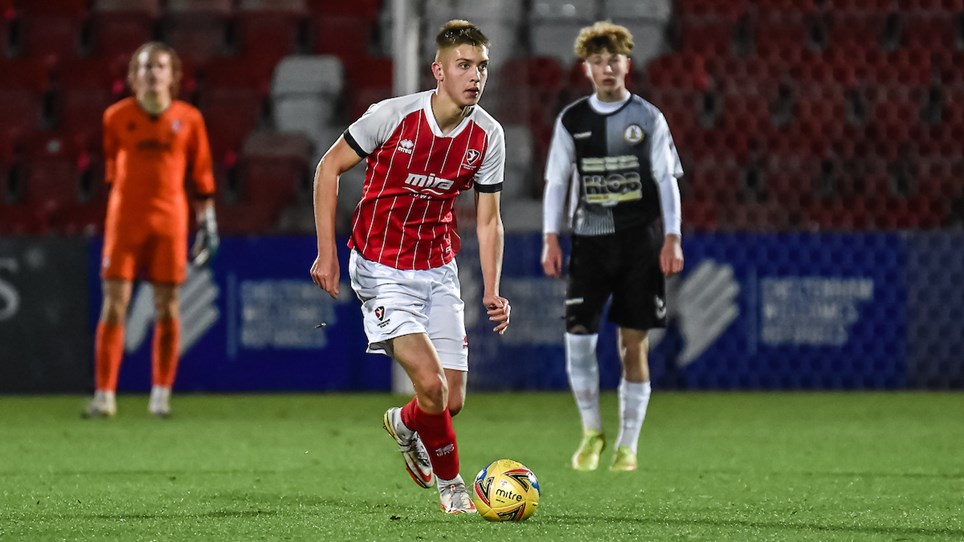 
Our under-18s continue their FA Youth Cup campaign with the visit of Portsmouth to Evesham United’s Spiers and Hartwell Jubilee Stadium this evening (kick-off: 7pm). 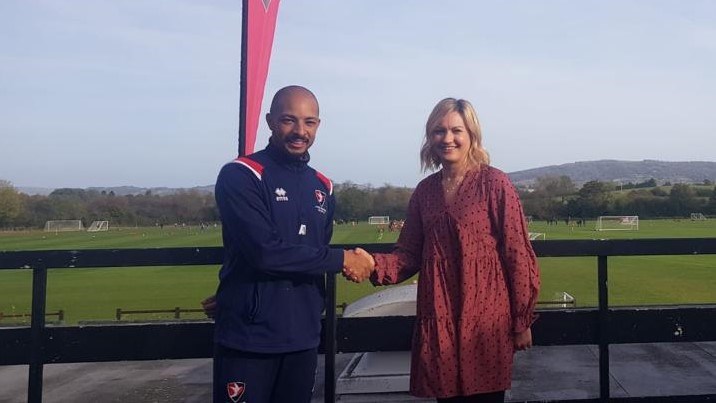 Academy receive VEO boost with support from The House of Hozier


The Cheltenham Town academy have enhanced their video analysis department with the purchase of three new VEO cameras thanks to the support of interior design company The House of Hozier. 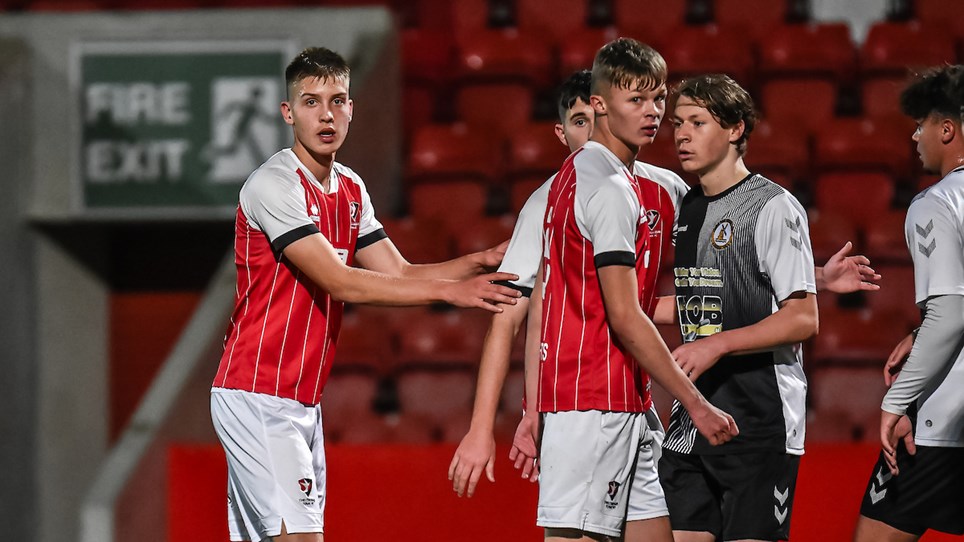 
The under-18s are in FA Youth Cup second round action on Thursday against Portsmouth.