Two goals from Zac Guinan and a third from Will Armitage saw Cheltenham Town's under-18s to a 3-0 win over North Leigh in the first round of the FA Youth Cup.

The gap between first team clubs wasn’t emulated on the pitch as North Leigh’s under eighteens performed admirably under the lights at the Jonny-Rocks Stadium on Tuesday night. Both sides enjoyed their fair share of the ball but in the end it was Cheltenham’s professional class which saw them through to the next round.

The home side opened the scoring on the ninth with a familiar name but a fresh face for Cheltenham Town as Zac Guinan found space in the box and buried a low shot into the bottom corner. Guinan had a great chance to double the lead soon after but found the ball stuck under his feet and unable to find the goal or Felix Miles from six yards out.

Guinan had another chance just before the half hour mark after North Leigh ‘keeper Timmy Mungall made a good save from Sambu’s driven shot. The second year scholar couldn’t reach the ball and Miles gave enough time to the defenders to recover and block his shot.

On the half hour, Guinan doubled the lead and his tally, nicking the ball from the defender who took too long to get to the ball and allowed the number nine to run in and finish delicately into the bottom right corner. Fine work from Miles created the chance as he beat his man and played a pin point pass into the striker’s path. 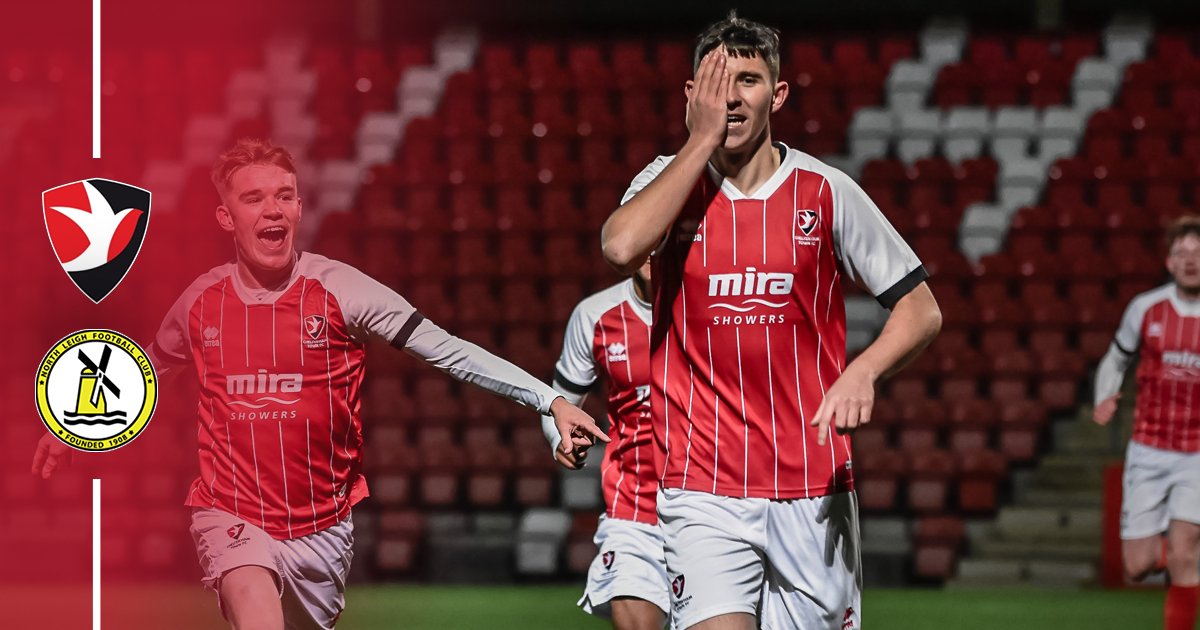 North Leigh should have pulled one back but for a brilliant last ditch challenge from Tom Spencer who slid in to block the pull back across the six yard box. Very good play from the away side saw them pass around the robins defence but Spencer made sure they could go no further.

Half time saw Pete Haynes’ side go in ahead, leading two goals to nil in front of a lively crowd. It was a somewhat close first half which saw both sides enjoy their fair share of possession but had Cheltenham with the majority of the chances in front of goal. The away side made most of the noise with the travelling faithful coming in their droves to support the youngsters from Witney.

The first chance of the second half went to the Millers’ captain Fin Baker who fired over from 25-yards. North Leigh enjoyed further pressure but struggled to find the target as they came out an improved side for the second forty-five. Mungall made another fine save as Brennan Dennes-Barrett broke down the left and had a low shot tipped round the post.

The goals came courtesy of Guinan who made his first team debut against Chelsea in the Papa John’s Trophy last week, scoring in the shootout win.

Guinan had the chance to get his hat-trick just after the 50th minute but a spurred chance and awkward landing saw him forced off injured with second year scholar Charlie Dashfield coming on. North Leigh made their first change soon after with Ryan Jones coming on for George Christian. 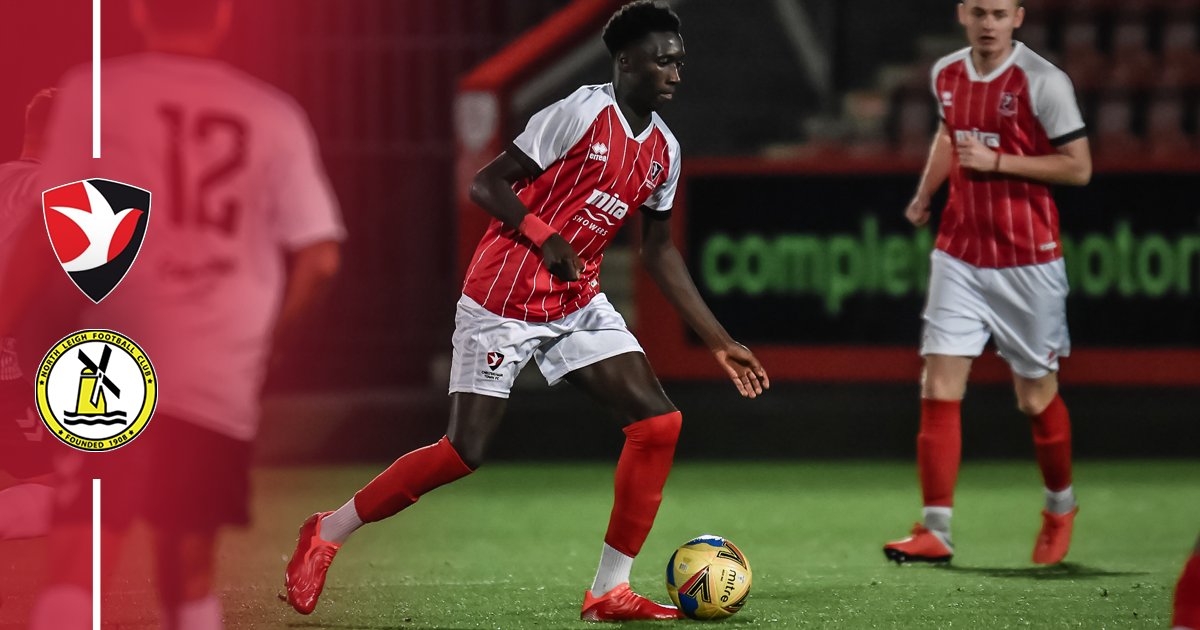 The second half started akin to the first, both sides enjoying possession and getting a glimpse of goal. The best opportunity fell to Miles who brought the ball down well and lifted it over the Millers’ defender but saw his volley blocked for a corner on the sixty-third minute. North Leigh did get the ball in the net but the whistle had already gone and Cheltenham had already switched off after an offside call.

On the 68th minute it was three as Josh Alrdridge swung a freekick towards the back post and Chelteham’s youngest ever firs team player rising highest to head home, 16-year-old Will Armitage getting his name on the scoresheet. Denness-Barrett could have made it four five minutes after but good defensive pressure saw him rush his pass and play the ball away from the goal.

As the game grew on it became all Cheltenham with the home side taking control and limiting North Leigh’s contribution to the game. The space between the two on the pyramid began to show as Haynes’ squad showed their class.

North Leigh’s rare chances saw a curling effort go just above the top right corner with ten minutes to go. In the dying moments, Josh Hedges went through on goal for the away side but his shot was dragged wide of the left post.

Former academy player and referee Andrew Sheppard brought the game to a close, blowing for full time to see Cheltenham go through with a 3-0 win over their non-league counterparts.