Defender Mattie Pollock is your Autovillage Player of the Month for October having been chosen by nearly 40% of voters.

The 20-year-old has impressed since arriving on loan from Premier League newcomers Watford with some assured performances in the Robins back-line.

Centre-back Pollock was chosen by supporters ahead of Kyle Vassell, Matty Blair and Dan Crowley to win the award sponsored by our stand partners at Autovillage.

The former Grimsby Town man featured in all five of Cheltenham's League One fixtures whether as part of a back four or five.

Pollock struck up a strong partnership with Sean Long throughout the month with injuries to Will Boyle and Charlie Raglan leaving limited numbers at the back.

He helped Michael Duff's side pick up seven points from a possible 15 during the third month of the campaign - capping it off with a last minute assist for Matty Blair's stoppage time equaliser against Sheffield Wednesday.

Pollock scored his first goal for the club in the FA Cup first round draw at Gillingham at the start of November.

Get behind him and the squad for the replay at the Jonny-Rocks Stadium on Tuesday evening, tickets are just £10 for adults and £5 for consessions when bought in advance.

The winners will travel to AFC Wimbledon in the second round with a coveted place in the third round at stake. 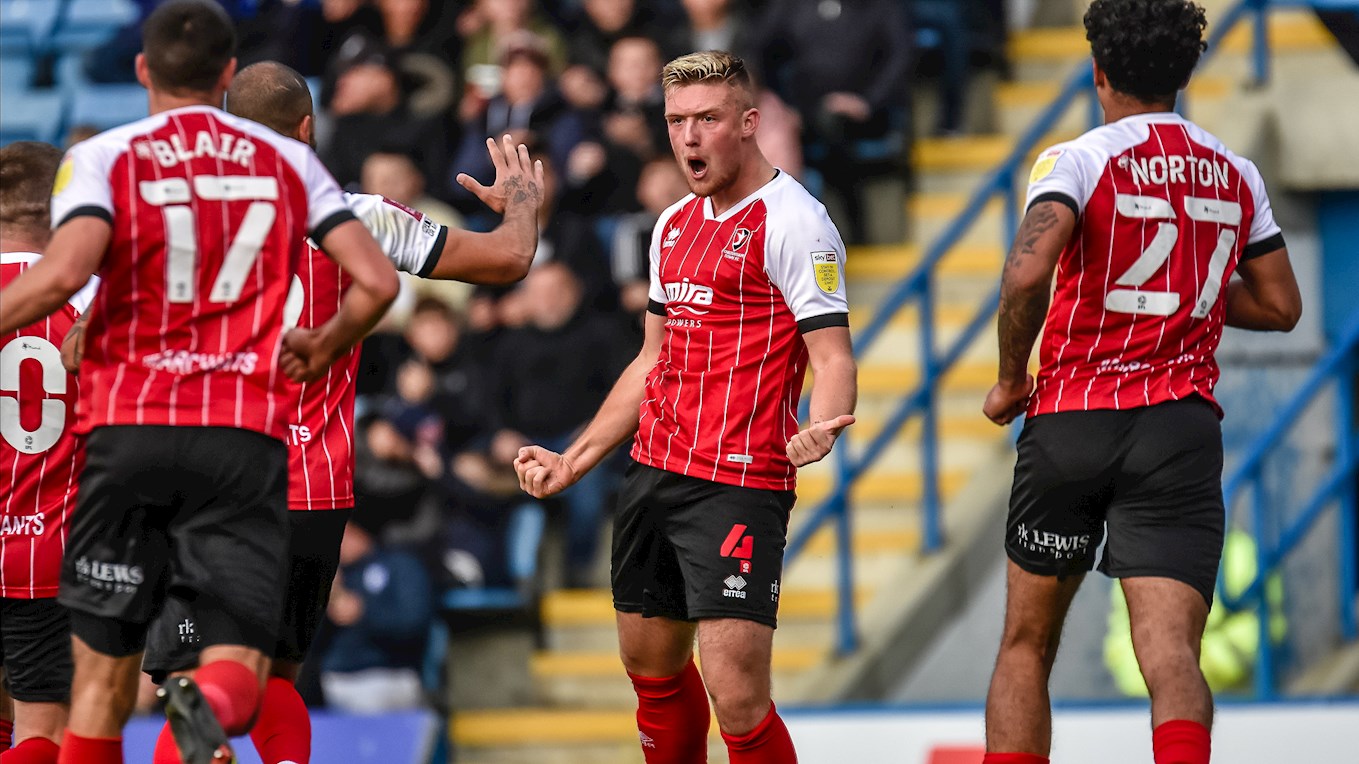