It's another international break leaving Cheltenham Town with a free weekend from an otherwise usually busy League One fixture list.

The team return to action on Tuesday evening in an FA Cup first round replay against Gillingham at the Jonny-Rocks Stadium.

While it is the second of a relatively unusual international stoppage for the Robins already this season, one man who knows all too well about still having to perform in the elite environment of international football is manager Michael Duff.

He made 24 international appearances for the country of his birth, Northern Ireland, alongside his club career playing for Cheltenham and Burnley.

From famous nights at the old Windsor Park, eastern visits to Riga, to performing on the biggest stage in front of full houses in Copenhagen and Amsterdam, international football throws up all sorts of different challenges.

Here he reflects on what it is like to be an international footballer and some of the experiences from his ten years pulling on the shirt for the Green and White Army.

When you first report for duty what is the process of getting to your international camp?

Generally you get your letter a couple of weeks before when you get your call up and then from there you make arrangements whether it's a car that picks you up and takes you to the airport or whether you get yourself home and then a car picks you up from your house and takes you to the airport. They'll do everything for you. So you jump on a flight and years ago you used to get a cab from the airport to the hotel and they'd pay your expenses but I'd imagine they pick them all up now. There's normally a section of a football association that will look after all logistics so you just speak to somebody there and they'll arrange transport and flights. A lot of the time I was going over to Belfast and normally the meet up would be 6pm on a Sunday afternoon - so whether you flew Saturday night or Sunday morning that was up to you.

You would know a lot of the players when you arrived but were there also new faces you'd have to get to know?

The difficult bit when you first go in is not knowing anyone. When I first got in I was a League Two player so I was going in with people like Neil Lennon, Jim Magilton and Michael Hughes who were all playing in the Premier League. You're nervous anyway but you're intimidated because you think 'you're only at Cheltenham', but then as with everything the more times you get called up, the more time you spend with people you feel more comfortable. Ultimately when you're on the training pitch once you've done your first couple of training sessions you think you've done alright so you're not standing out in a bad way. A lot of the English based players might go over on a Saturday night and spend a bit of time in the hotel on a Sunday, whereas a lot of the lads who were Irish would fly back on the Saturday night and spend the Sunday with their families and then meet up for 6pm.

What did you do in training because you've got limited time to prepare for who you were playing?

There isn't a lot of time so it's mainly shape and a bit of analysis when you first turn up on how you're going to play and what is their strengths and weaknesses. It's not like club football where you can have a bit more freedom for the players in terms of a 5-a-side or a 6-a-side at the end of a session, it is specifically focused on the next opponent and then as soon as you'd played that game you'd travel back or go back to the hotel and the focus turns pretty much to the next game. 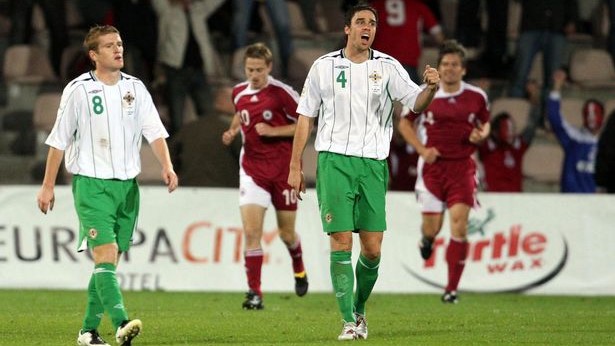 Was it extra special knowing you were representing a nation of people?

I don't think you think of it like that. It's just playing for your country. Your first cap is always a special one. It's a lifetime aim and I don't care what country it is. Some people will do it down sometimes with certain countries in international football. It's a global game so everybody plays it and everybody wants to be a footballer. There are certain countries that it's harder to get picked for, but ultimately if that is your country that's all you can get picked for so it's a huge honour.

Is there pressure and media scrutiny that you do get at club level but feels even more passionate at national level?

Yes, everybody has got an opinion. When you've got a club in a city it's normally split in two. For Northern Ireland it was less intrusive than the English media where they do hype it up and knock you down, but there were times with the Irish one where there were some tough times. It is difficult because when I played you'd play on a Wednesday night sometimes and you'd get into the airport on a Thursday morning and you'd go into WH Smith and every paper stand has got the game on it on the back page, and depending on the result that could be good or bad.

How did you find adapting to playing in different environments? One minute you could be playing in Amsterdam in a nice stadium against the Netherlands, the next away at Latvia?

The most extreme one I had was Azerbaijan away. You talk about going into another world, that literally was another world, even from the moment you set foot in the airport. Generally they try and keep it as normal as possible with food and things like that. They provide the food that someone has already requested. So it's not a case of going to different parts of the world and eating their food. You go and play Liechtenstein away where I've played and there's a thousand people there, whereas you go to the Amsterdam Arena and there's 60,000 people there. They're all the experiences that you want. That's the same as our lads even from last year to this year, it is just challenging yourself. The best players adapt to the best situations - you can't have everything your way. Part of the challenge is going to play on a ploughed field after travelling eight or nine hours and a busy journey of three or four hours. There are so many obstacles that get put in the way. The football associations try to make it as plain sailing as they can, but logisitically some of the countries are difficult to get to. On the flip side to that you normally get a bit of time after a game. When we used to do it the games used to be on a Saturday and a midweek on international weekends. You'd normally get a few hours the next day to go and spend a bit of time in the city so I've seen all different parts of Europe. Azerbaijan was only 400 miles from Baghdad when the war was going on. I've seen most of Europe now. I only got 24 caps but there were a lot of trips I was on where I didn't play or get on so I didn't get a cap. All over eastern Europe and northern Europe in terms of Sweden, Denmark, Iceland, Estonia, Spain, Portugal I've played in and travelled in and seen lots of things I would never have normally have seen as a general tourist because you go to places where you wouldn't normally go. 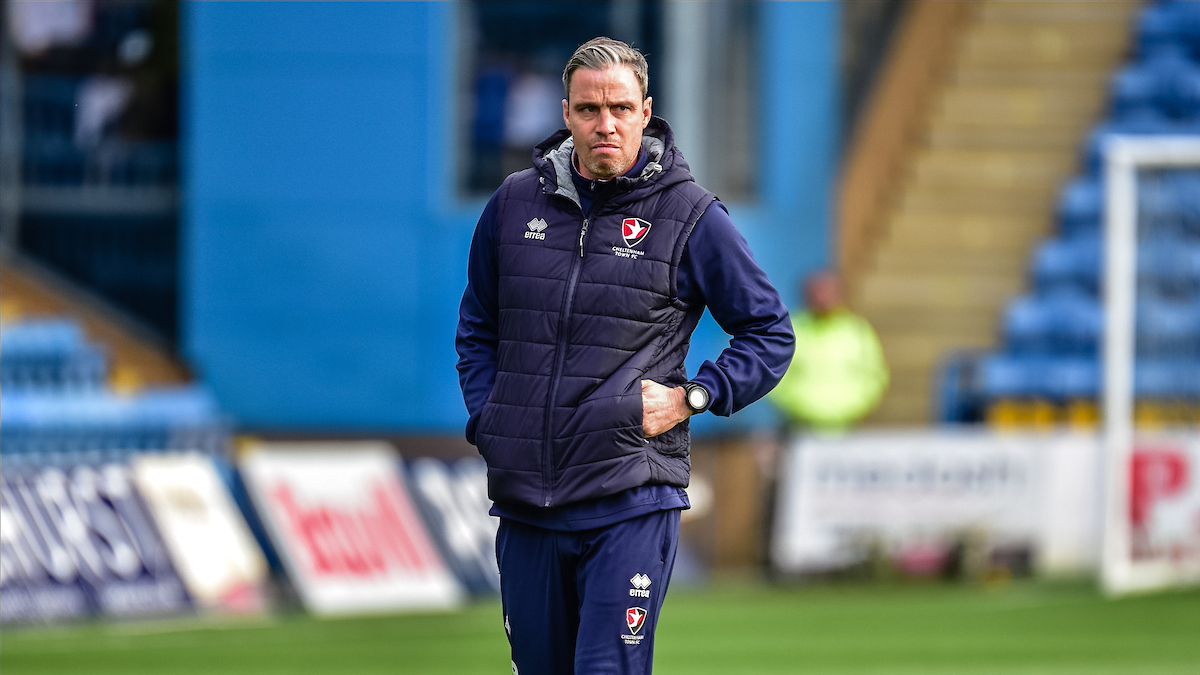 Does the standard of international football vary? If you are playing in the Premier League or Championship maybe occasionally that's a higher level than some of the international teams you face?

Absolutely. I don't think anyone would have argued a few years ago that Northern Ireland against Liechtenstein was any better than a top end Championship game. In the group stages now that's why they seed the balls, because there is such a gulf between the top and the bottom. When they start opening up the Euros there are less shocks until the later rounds because there are the big ones and the not so big ones. There are the ones that are expected to compete in the top four or eight, and there are others who have swam the channel to get there. Northern Ireland when they got to the 2016 championships they gave an unbelievable account of themselves but they were happy to be there. Scotland qualfying for the last Euros too. There are different challenges in terms of getting there - England for example are expected to get into the last four. Wales managed to do both in 2016 when they managed to qualify for the first time in years and managed to get into the semi-finals. That's the beauty of it. There are so many stories in a qualifying campaign and an actual tournament.

What would you pick out as your international highlights?

There are two standout ones - the England game at Windsor Park and the Spain game. The England game I only came on so that was brilliant in terms of it was the first time in 80 odd years that we won. You look at the England team that played - David Beckham, Wayne Rooney, Frank Lampard - it was the 'golden generation' sort of team. The Spain one we won 3-2 and I played the full game in that one. If you go through that team it was the base of the team that went onto dominate the world for the next six years. That was in the qualifying campaign of the Euros that they won and then they won the next World Cup and then they won the next Euros. If you look at some of the names in the team: Xavi, Iniesta, Raul, Torres, David Silva, Puyol, Casillas - I look back at that team now and genuinely have no idea how we beat them. It was one of those special nights that international football throws up. The atmosphere has changed now at Windsor Park because it is a lot more modern now. But they'd only let 15,000 or 16,000 in. I've been lucky that I've played in front of 80,000 people before but the noise was absolutely incredible. You talk about a whole nation pulling in one direction - that happened for 90 minutes that day and it was an incredible thing to be a part of.