There's another huge opportunity for Cheltenham Town to make history on Saturday in the final match of the 2020/21 League Two season (kick-off: 3pm).

Harrogate Town are the visitors to the Jonny-Rocks Stadium for a match that will decide whether or not the Robins end a memorable campaign as champions for the first time as a Football League club or in second place.

Automatic promotion is already confirmed, but the team and management are keen to achieve a title win that will go down as a key milestone in the club's long history.

The match is available to watch live on iFollow. Buy a match pass online and get behind the team from home as they look to get the result needed to clinch number one spot.

There are no new injury concerns going into the game. It means just Chris Clements and Will Boyle are unavailable because of injury.

Ahead of the match Michael Duff has been speaking to the press while goalkeeper Josh Griffiths has also spoken to the media.

Harrogate go into the game off the back of another season where they picked up silverware. On Monday they contested the delayed 2019/20 FA Trophy final behind closed doors at Wembley and defeated National League South side Concord Rangers 1-0 to win the competition.

It was a nice way to nearly end an impressive first season in the Football League for a club that was playing National League North football just three years ago.

Their long-serving manager Simon Weaver has done a great job in North Yorkshire, sticking with many of the players who have helped them rise through the divisions and they're 16th in the table heading into the weekend.

Defensively the long-serving Warren Burrell and sizeable Connor Hall are likely to feature on Saturday. Leeds born Will Smith could also fit in their backline with Birmingham City loanee Mitchell Roberts and Kevin Lokko potential options too.

Their midfield sees skipper Josh Falkingham as a reliable figure in the centre of the park. Alongside him George Thomson is another who has been part of the Harrogate set-up for a while. The likes of Brendan Kiernan and Lloyd Kerry provide options out wide.

In attack they boast a number of options which include a former Premier League striker in the shape of Jon Stead and an up and coming Rangers loanee in 19-year-old Josh McPake. Mark Beck has been on the books since 2017 and could feature.

In May 2009 Simon Weaver was appointed as boss of Harrogate - over 570 games later he's still in charge and has led them to the highest level in their history.

The 43-year-old has done so with the support of his father Irving as chairman, but in his first and only managerial position he's enjoyed plenty of success.

As a player he was a defender who turned out for Nuneaton Borough, Lincoln City, Kidderminster Harriers and Scarborough alongside a number of other clubs. 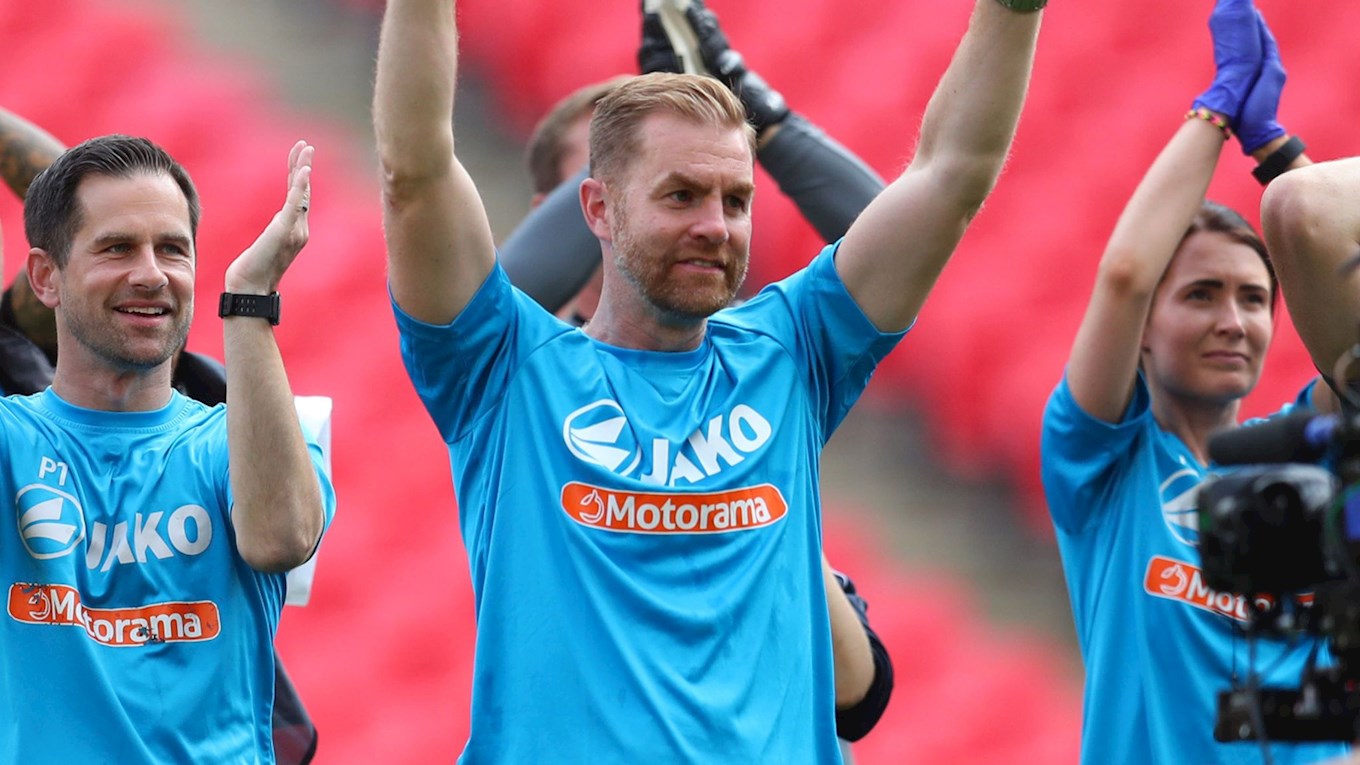 With 14 goals to his name it's been a good season back in the Football League for a number of years for Jack Muldoon.

He's been in good goal scoring form for the Sulphurites as he approaches the end of his third season in North Yorkshire.

Previously he's appeared in the League before for Rochdale, but otherwise the 31-year-old has mainly played on the non-league circuit for a number of clubs.

He began lower down at the likes of Sheffield, Glapwell and Stocksbridge Park Steels before making more of an impact at National League level with Lincoln City and AFC Fylde. 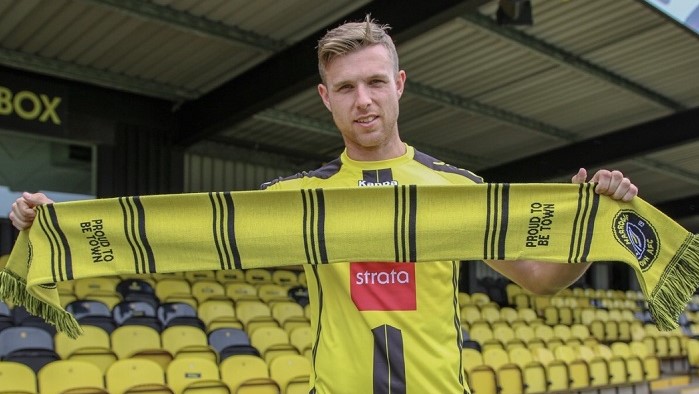 Available in a 24 page print format or 48 page digitally, the match programme can be purchased from the online shop or digitally through MatchDay Digital.

Liam Sercombe is the big interview in the programme, while there are also pieces with Andy Williams, Matty Blair, Michael Duff and under-18s forward Zac Guinan.

The print edition is on sale for £2.50 from the online shop, while the digital version is accessible for £1.99 via MatchDay Digital on their website, Apple and Android apps.

Enjoy the match from home by buying a match pass on iFollow to watch online.

A match pass is available at a price of £10. BBC Radio Gloucestershire provide match commentary. 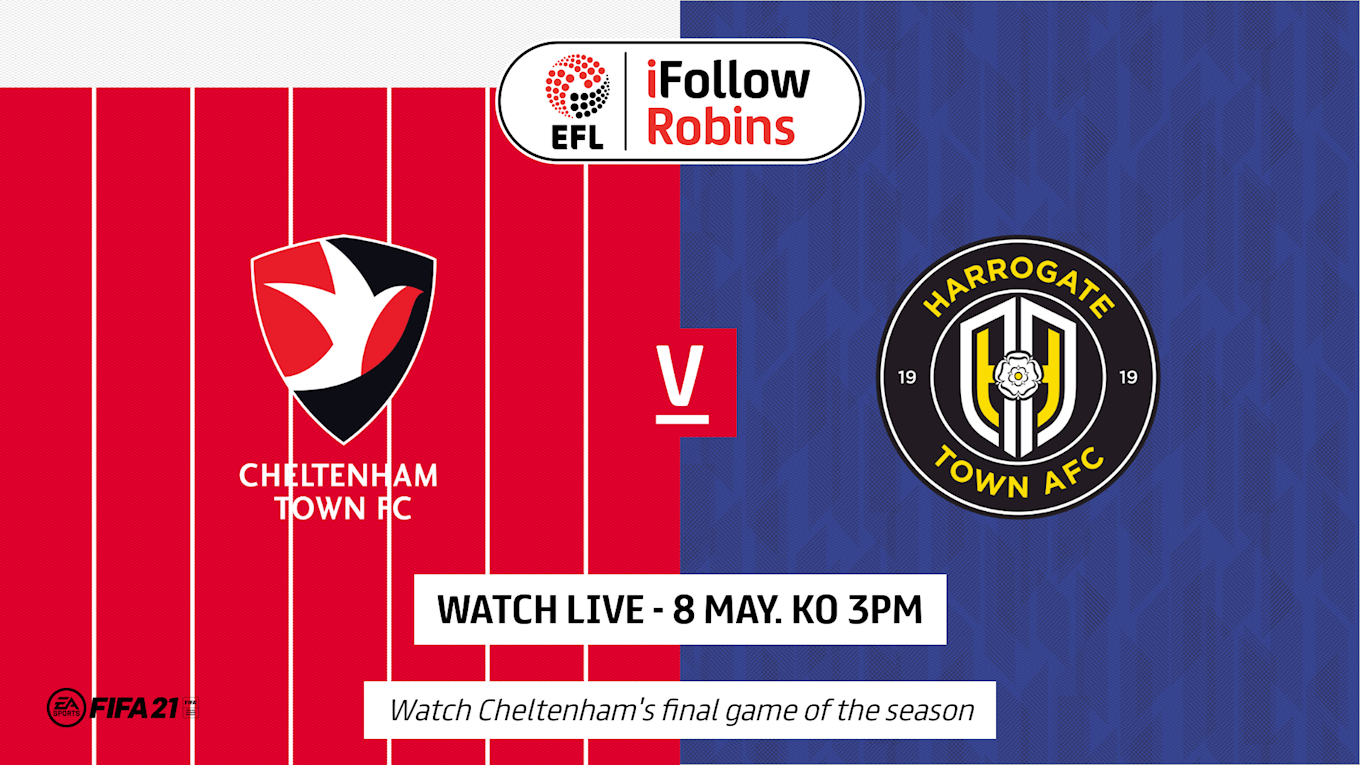 After the game visit the club website to read the match report and to watch the post-match reaction.

You'll be able to see extended highlights on iFollow, while before the game, at 2pm, watch Teamsheet LIVE on the club website and YouTube channel.