Within days of the final league match of the season against Harrogate Town the turf on the pitch at the Jonny-Rocks Stadium was no more as pitch preparations for the 2021/22 season got underway at Cheltenham Town.

Head groundsman Matt Utteridge is again working with South Wales Sports Grounds to get the highly thought of playing surface at the Jonny-Rocks Stadium all ready to go for the club's return to League One.

The grass was torn up to remove the algae and organic matter that had built up on the surface.

A total of 90 tonnes of sand has then been added to the pitch, verti-drained to relieve compaction, with the sand then being levelled off.

This off-season has also involved sand-banding the pitch. This is a form of secondary drainage which had originally been due to be done last summer, but because of the impact of covid-19, the June play-offs and indecision over the commencement of the new season, this work has had to wait until this year's pitch renovations.

South Wales Sports Grounds are a company the club have used before. Utteridge initially arranged booking them in to do the works during December, though there's a flexibility required dependent on whether or not the team were due to be in the play-offs. The work on the pitch was actually brought forward as the club swapped with Newport County AFC who are now having work done on their pitch at Rodney Parade following their play-off semi-finals. 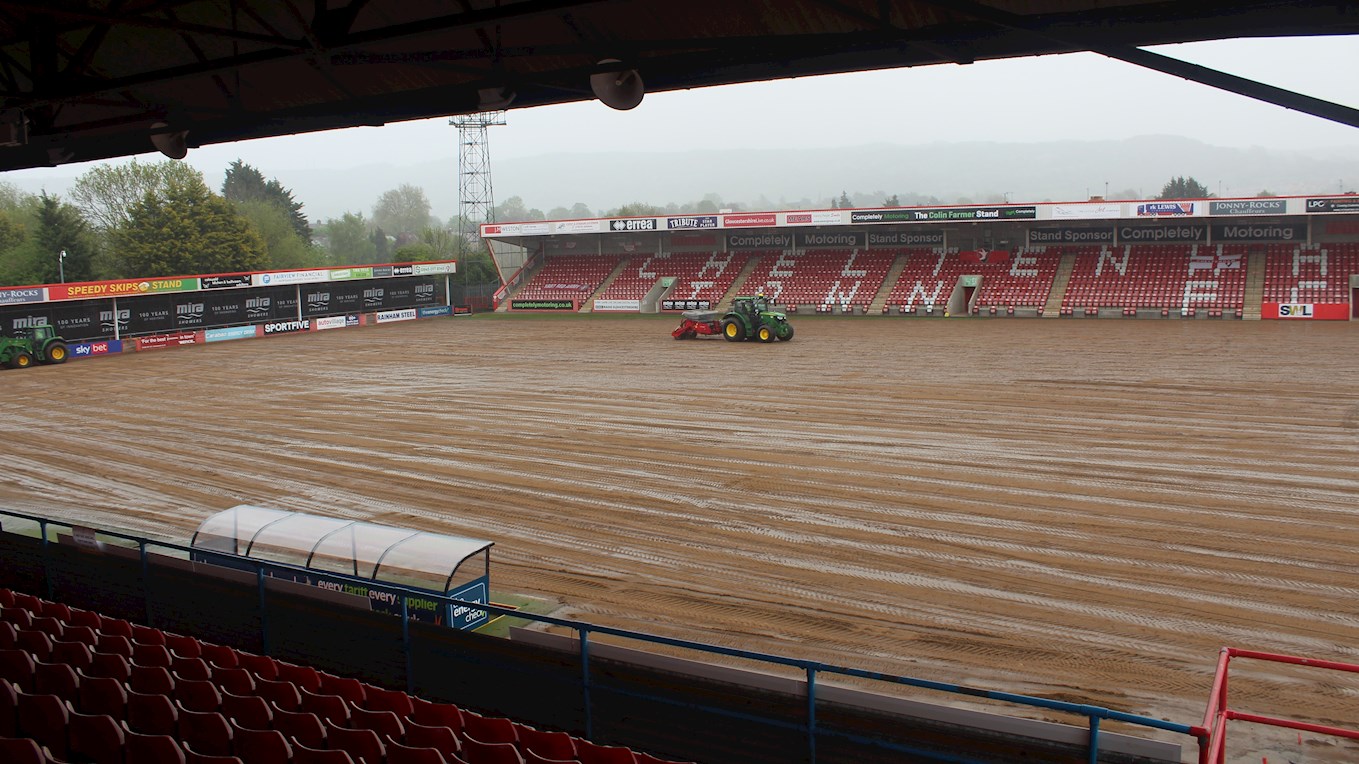 The next stage in the operation will be for grass seed to be applied to the surface as renovations to the pitch continue throughout the off-season.