Callum Wright caught the eye once again in his eighth appearance for Cheltenham Town in Saturday's 2-0 win over Salford City.

The 20-year-old Liverpudlian has been a welcome January addition to the Robins ranks, making the switch on a temporary agreement until the end of the season from Premier League Leicester City.

In his eight appearances and his first taste of League Two he's also found the back of the net on two occasions in wins over Walsall and Scunthorpe United on the road.

He sat down to describe how he has found his time at the Jonny-Rocks Stadium so far, and the journey that's taken him from playing in his home city to one of the top flight's leading clubs, with international experiences in the England set-up too.

Has your Cheltenham loan experience thrown up any surprises so far or is it what you expected it to be?

It's what I expected it to be to be fair. I knew it was going to be a really good place for me. When I spoke to the staff it was what they said it is, there was no beating around the bush and it's a good place.

You made a goal scoring and winning debut on a difficult night at Walsall, how have you dealt with the pressure of being part of a team that has to get results?

There's definitely a pressure but you've got to thrive on that. The Walsall game in the first ten minutes was a shock to me in terms of the pitch and how the game went and going a goal down so early. We needed a reaction straight away. It's just games of football at the end of the day, I've gone down before early on with Leicester's under-23s, so at the end of the day it's just playing football like I have been all my life so it's just an every day thing for me now. There's definitely pressure on us as a team to perform and get the job done. It's tough but you've got to thrive on it.

This is your first loan - how did Leicester come to the decision that now was the time to send you out?

There are a lot of people who make the decision including myself and my team, as in my family and agent. In terms of Leicester I was captain of the under-23s and I had quite a good season this season in terms of impacting games from a deeper position as an eight. This year it felt different and everyone felt a bit of pressure to get me out on loan. That's when I knew it was going to happen and it was just waiting for the right place. Cheltenham came in late on in the window and everyone thought it was the right place for me so it got dealt with quite quickly. 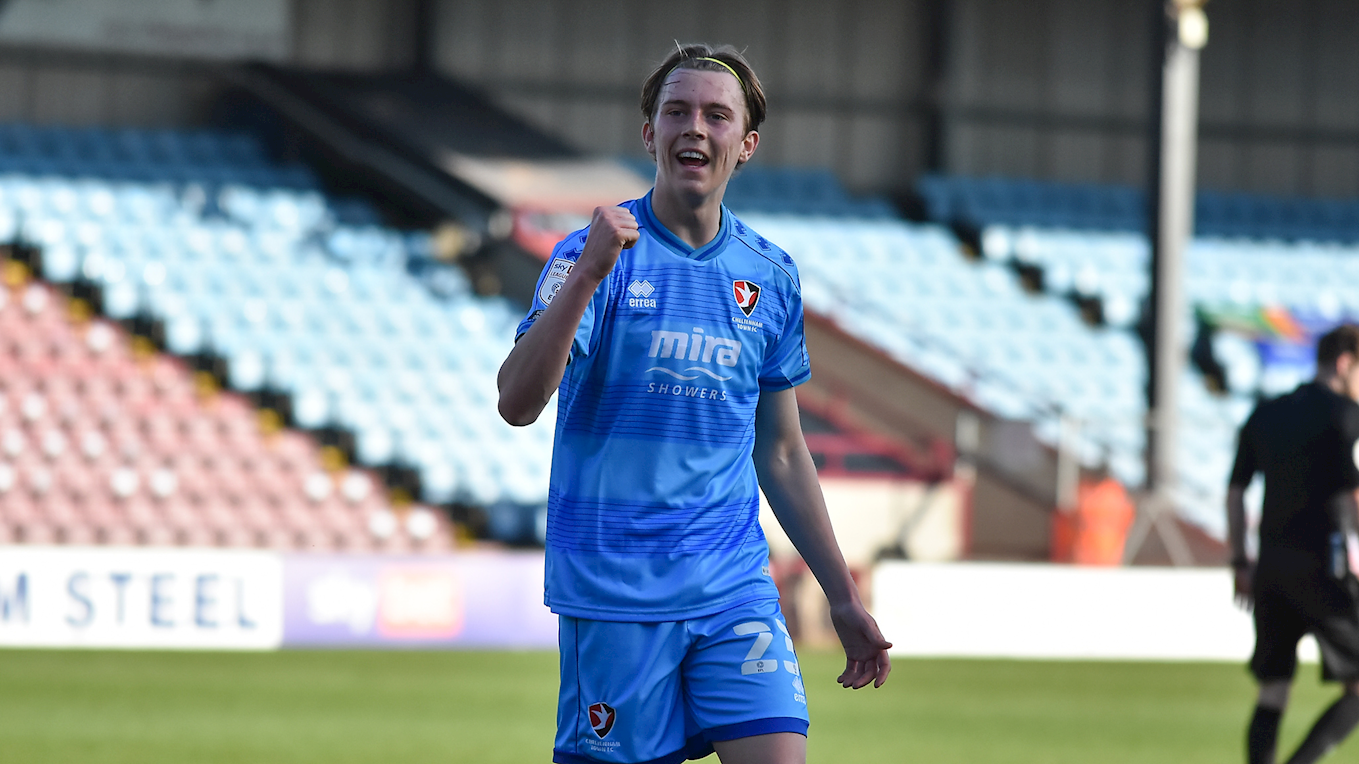 The gaffer said when you came in that Leicester don't loan out many of their players. But Leicester do have a link with OH Leuven in Belgium. How does that work in terms of players from Leicester?

It's not just a case of Leuven being sent any players. The Leuven staff make their own decisions. It's not a case of Leicester saying 'you're taking this player and you've got to play him', their staff have to want you. It's a great opportunity because it's the top division in Belgium so if there is that opportunity there it's a great one to take playing against some big clubs and Europa League and Champions League clubs. It's not as easy as you'd imagine.

Leicester have built themselves up as one of the best teams in English football. What is it like being involved in that environment?

It's an exciting place to be. Even from the two to three years I've been there you can just see it. It's really on the up and every year they are improving, the place is improving and the squad is improving. This season we've moved into the new training ground which is frightening really - I've never seen anything like it. It's exciting to be at a club like that. It gives you something to push for because that's where everyone wants to be in the Premier League and for Leicester to be up and around it at the top you've got to be grateful to be there and take the opportunity if you get it.

You were at Tranmere and Everton as a young lad. What was that like?

Tranmere at the time was a centre of excellence. The reason I played for Tranmere was I could play with my mates. So if I played for Tranmere on a Sunday and I'd train two or three times a week I could still play with my friends on the Saturday. Whereas your Liverpool's and your Everton's you were contracted from the age of eight so you weren't allowed to play any Sunday League football. At eight years old you're an asset which is crazy. That's why I was playing for Tranmere. It was a great place and a lot of my mates played there and I still keep in contact with a few of them now from such a young age. I really enjoyed being at Tranmere and it came to an age where I think it was under 11s or 12s and I had to start to look more towards 'proper football' like the Premier League football clubs. I was doing well at Tranmere and I ended up getting out of there and I signed for Everton six weeks after. It's such a big club and I'm a Liverpool fan so it was a funny decision! I thought Everton was the best for me and I had a really good time there. It was intense from a young age. You feel like you are playing professional football at the age of 11. From then I had like most kids had I had growing pains but I had them quite bad in my knees and my ankles, so I was at Everton for two years and the whole time I was struggling with little niggles and growing pains. I think I ended up getting released from there at 14 but it was an amazing experience. It fed my hunger to be a professional footballer because I got a taste of it. At Everton it's all one complex so the under-11s would be in the same gym facilities as the first team so it feeds your hunger. 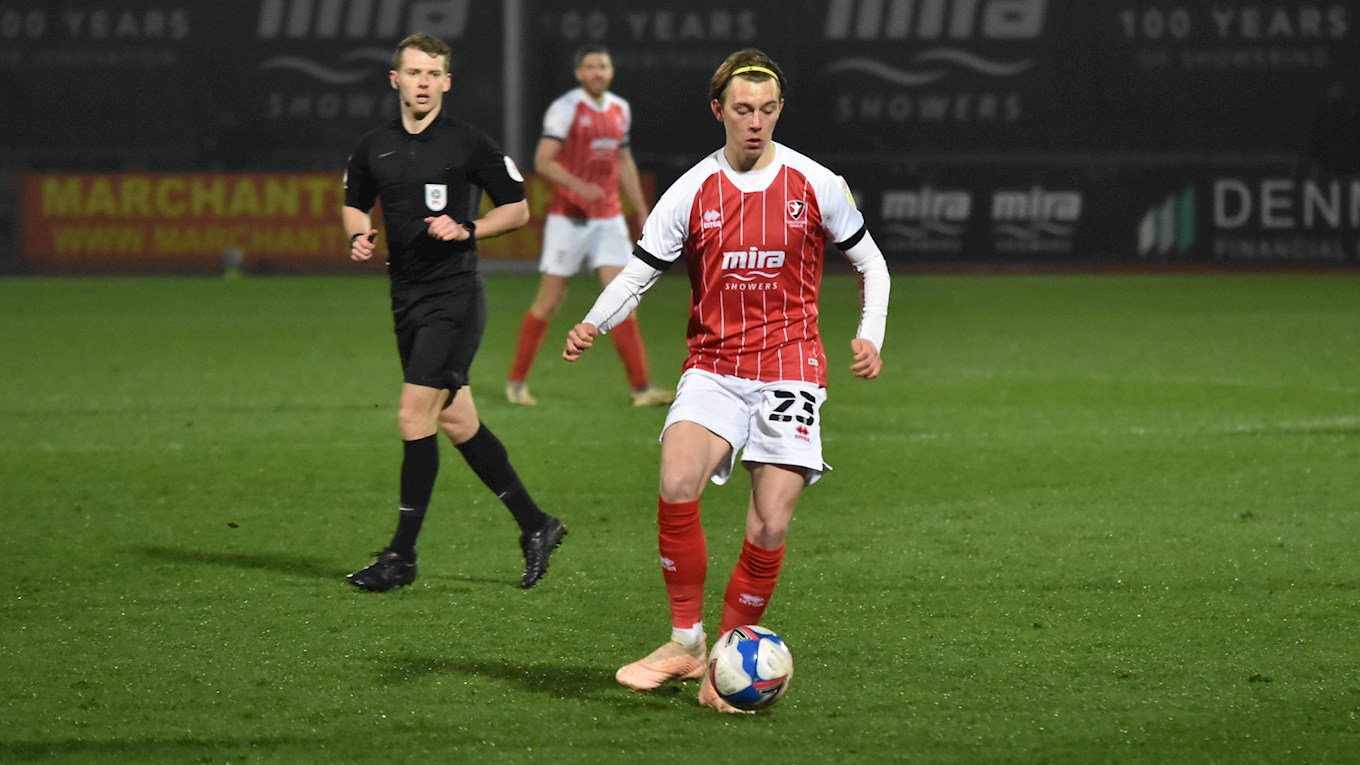 Next in your youth career you went to Blackburn Rovers and for what it led to that was a crucial spell in your young career?

Definitely. I ended up going to Blackburn when it was under-16s, just before scholar age. It was a last opportunity. I was doing my GCSEs at school, playing school football and playing with my mates. I knew I was ready to try and get back into a club and opportunities don't come around often. Luckily enough I went into Blackburn and they offered me a contract and from there I went straight into being a scholar. I loved it there - the facilities were good and it was a very homely and humbling environment. I kicked on training day in day out and was learning so much. Physically, mentally and technically I was improving by the day. I was there about a year-and-a-half and in that year I made the step up to the under-23s, I was training with the first team, and it was just exciting.

Leicester City spotted you and brought you in from Blackburn?

I had an exciting five or six months and it came to January time and I knew I had the choice to move on or stay at Blackburn. I decided to move on from there which was an amazing life experience, chasing my dream.

You have also featured in the England under-18s squad. How was that as an experience?

That was a part of a crazy six months. I was watching the England under-17s who won the World Cup and I got called into the next camp after they won the World Cup. I was playing with players like Callum Hudson-Odoi and it was a crazy experience.

You left Everton because of your niggling injury issues and went back to playing with your mates and then end up getting a move to a Premier League club and representing your country. That's quite an elevation?

It was a mad couple of years. I think I took it for granted at first. As a young lad it's crazy but it was exciting and everything that happened fed my hunger. I just want to keep improving and progressing. I didn't think 'this was it' - I just thought I want more of this and want more of it to the next level and to step up again and again. Hopefully I can keep moving forward.