Liam Atwell scored a hat-trick as he helped the Cheltenham Town under-18s side to a training ground win over FFDTV Academy.

The second year scholar lined up in a front two alongside Callum Ebanks as the under-18s eased to victory against an FFDTV side who had taken the lead in the first half and provided stern competition for much of the afternoon.

Felix Miles, Felix Davis and Ebanks got the other goals as the under-18s added another useful run out to their fixture schedule alongside their Merit League commitments. The game also offered an opportunity for first year professional Tom Chamberlain to gain important match minutes.

It was the away side from the capital who went in front early on. After just nine minutes a cross into the box was pushed back into the danger zone and they found the net from close range.

Atwell would level just past the half hour mark though for the first of his treble. He bravely got on the end of a knock down inside the six-yard box and volleyed in.

A couple of minutes later and Felix Miles then put the under-18s in front with a good finish. 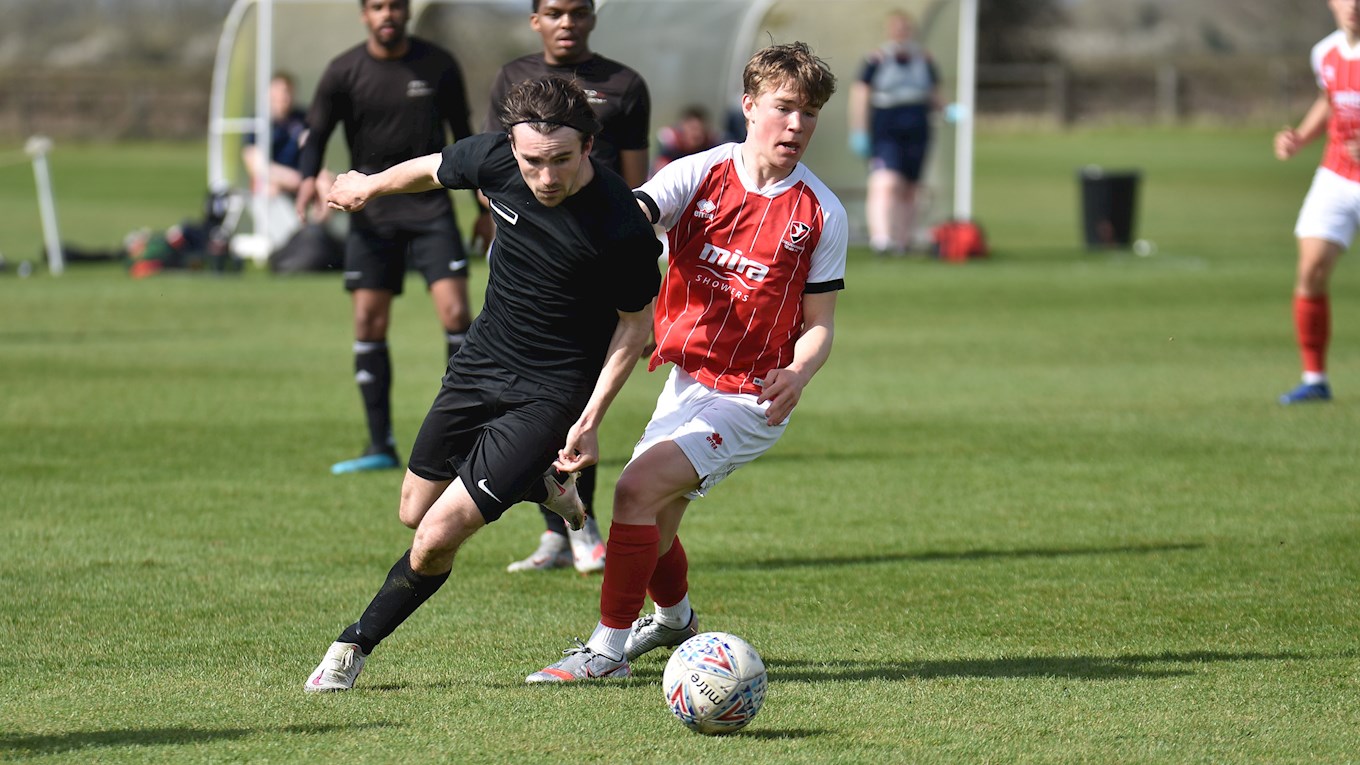 He then turned provider for Ebanks shortly before the interval with a good forward pass, but the 18-year-old couldn't hit the target.

After half time Atwell got his second as he got on the end of a square ball from Miles to tap home to make it 3-1.

Ebanks edged closer to finding the net as he aimed to follow his strike partner in getting in among the goals, but he was denied by a good one-on-one save by the FFDTV Academy goalkeeper, who then watched his teammates get a goal back two minutes later down the other end of the pitch.

A cross from the left-hand side was headed neatly into the top corner past the outstretched Jake Parsisson. 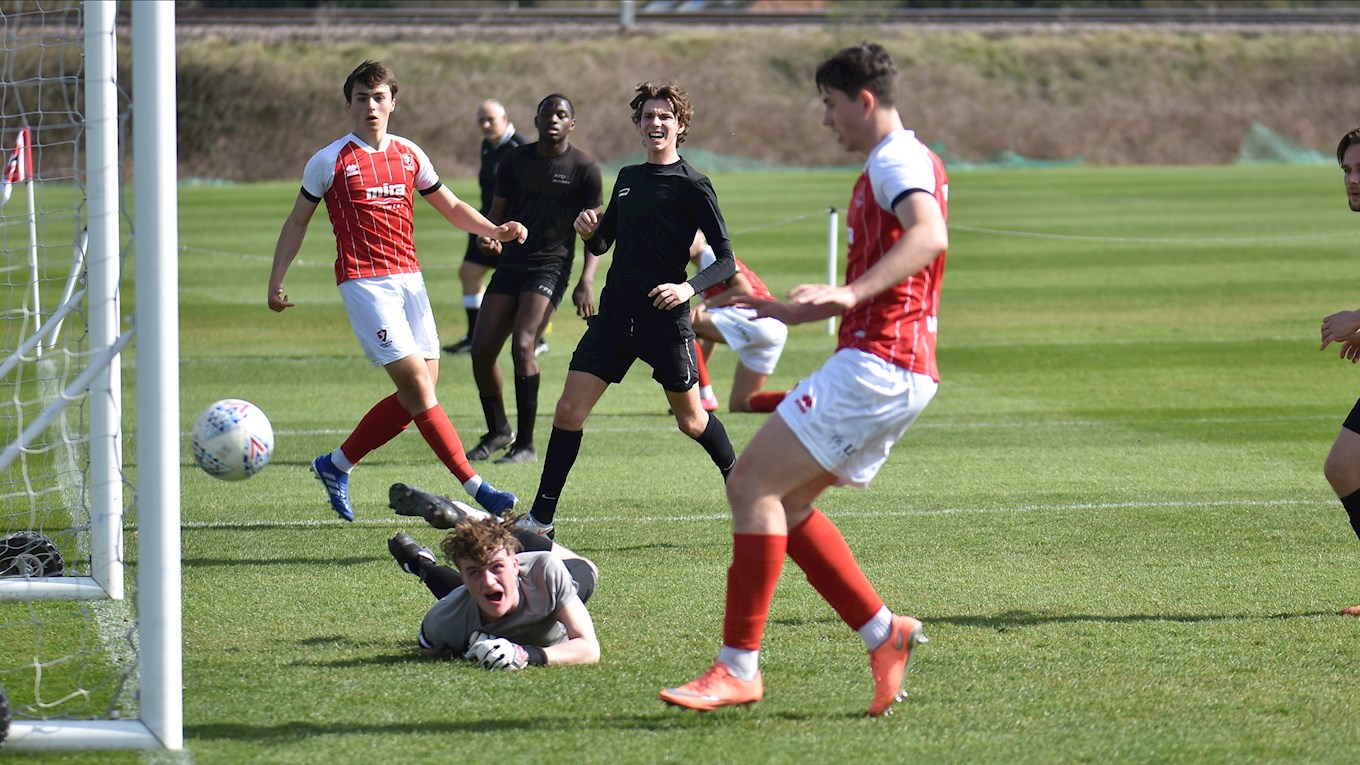 Atwell clinched his hat-trick shortly before the hour mark, emphatically firing in from 12 yards with a penalty just two minutes after the visitors had found a way back into the game.

And further daylight was installed shortly after when Davis nipped in to score from a tight angle to make it 5-2.

Ebanks wrapped up the win in the final ten minutes when he broke through and finished low and hard while in the clear.

There was still time at the end of the game for FFDTV to threaten. They couldn't add to their tally though despite getting in some good attacking positions with balls from wide, while Parsisson made one fantastic point-blank range stop at the death to complete the win.