Cheltenham Town weren’t at the races as Barrow claimed a 2-0 vicory at the Jonny-Rocks Stadium.

Jamie Jones' second minute opener was followed by a Seán Long own goal in the second half.

On the day that marked the beginning of a behind closed doors Cheltenham Festival, roughly eight furlongs away, the Jonny-Rocks took centre stage as Michael Duff’s thoroughbreds aimed to get over the line against Barrow.

Rob Kelly’s Barrow came into this one in a rich vein of form themselves, but travelled into Cheltenham with the odds firmly stacked against them, with 30 points separating the two sides before kick-off.

A last gasp Andy Williams header on Saturday saw Cheltenham return home from Exeter City with all three points in the bag ahead of tonight's clash with the Bluebirds. That win had secured the Robins’ place at the summit of the League Two table and confirmed their place amongst the automatic promotion places for at least another week.

Though, despite Barrow’s lowly 22nd league standing, Kelly’s side have picked up some encouraging form, which included three wins in their last five. Notably, the Holker Street side have kept clean sheets in all but one of their eight League Two wins this season.

Having also only conceded twice in their last five outings - in two narrow 1-0 losses to Bolton and Harrogate - wins against Oldham, Mansfield, and Walsall had propelled Barrow out of the relegation places. 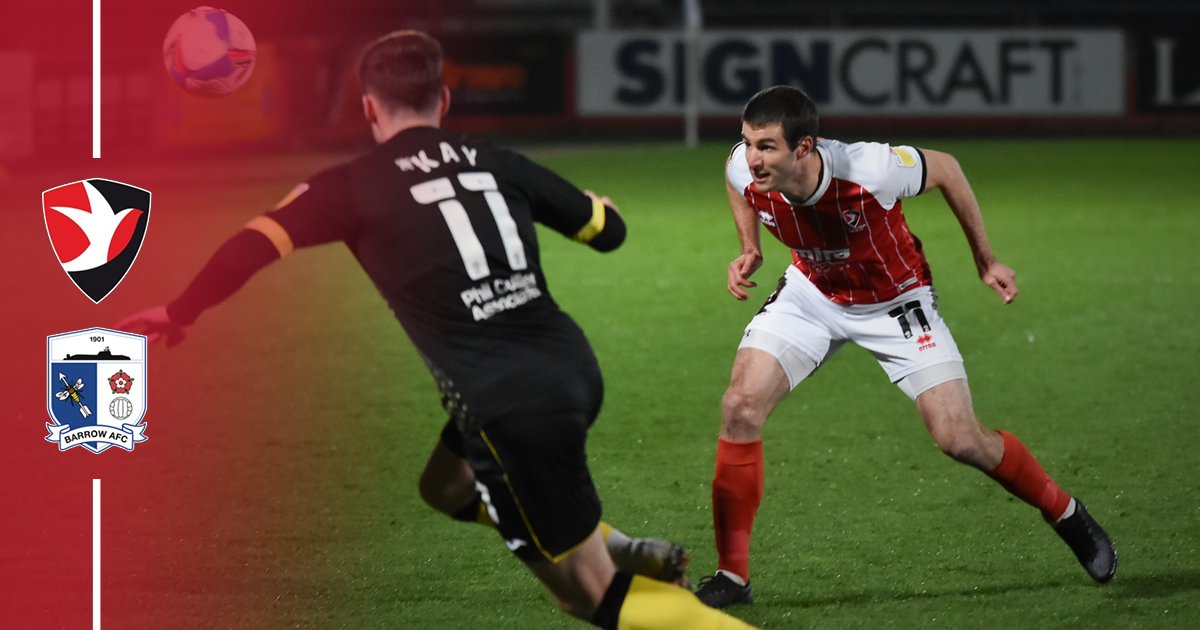 With successive league wins taken for only the third time this season last week, Kelly's men were keen to start on the front foot.

It was Patrick Brough’s gallop down the left wing that produced the first chance at the Jonny-Rocks. Having failed to threaten from the resulting corner on the left side, Barrow were able to recycle the ball and steal a march on their hosts.

James Jones’ low cross from the right side of Josh Griffiths’ 18-yard box seemed unthreatening, until both Ben Tozer and Griffiths let the ball roll across the penalty box and into the far corner.

Despite being tipped to win this one if league standings were anything to go by, Barrow were full credit for their early advantage.

Not until the 20th minute had Cheltenham got up and running on the night. After Liam Sercombe won the ball deep in his own half, his pass across the pitch initiated a sweeping move which eventually fell to the feet of Sam Smith, but the striker couldn’t capitalise on a near perfect counter attack.

Smith has scored three goals since joining Cheltenham on loan in late January, and his goal tally for the season was inches away from being improved, if it wasn’t for Neal Eardley’s goal-line clearance that persevered Barrow’s clean sheet in the first-half.

From the resulting corner, another well-worked move produced an opportunity for Sercombe, who after turning on the edge of the box, struck viciously towards Dixon who managed to parry towards safety.

As Cheltenham went in search of a goal before the interval, Barrow were nearing 225 minutes without conceding a single goal in League Two. After handing Cheltenham a scare of their own when Scott Quigley put the ball into the back of the net from an offside position, the away side would then end the half on the end of a lucky escape. 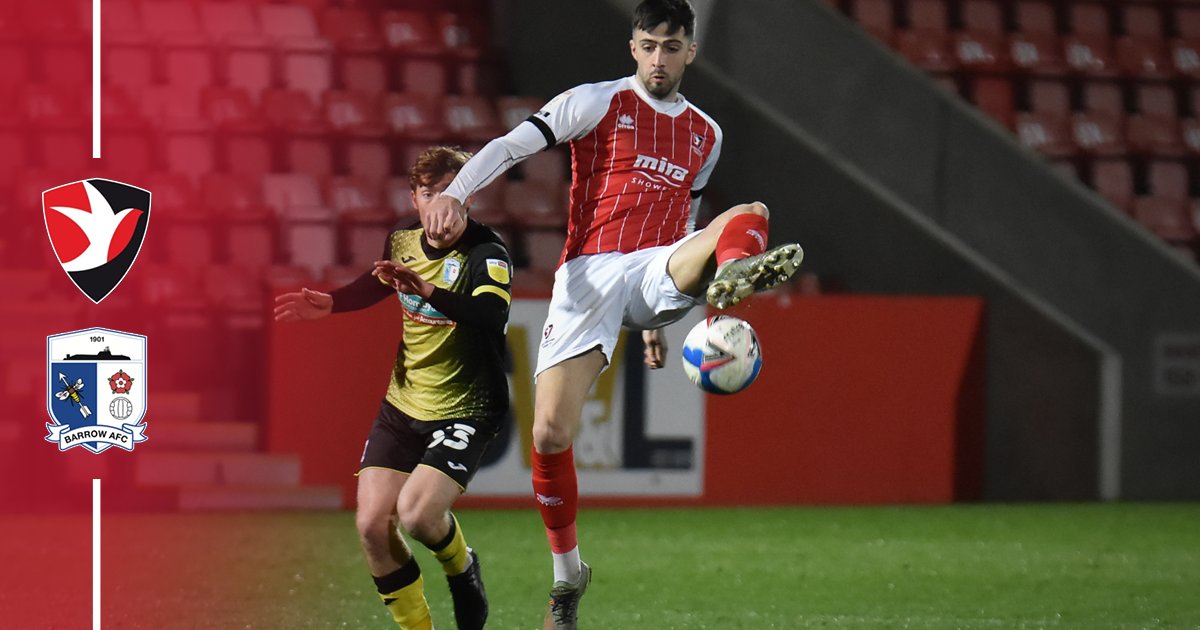 As the going got tough for Kelly’s men following a succession of corner kicks on the cusp of half-time, Chris Hussey’s volley from the edge of the box skipped off the turf and without a chance of keeping it away from his goal, Joel Dixon watched the ball smack the base of his post - to Cheltenham’s frustration.

Minutes later and Duff’s side were rueing more missed opportunities. When Finn Azaz found a pocket of space outside the Barrow box, he played in Hussey, who was making a charge down the left channel. The left-back's strike at goal was foiled by Dixon, but only as far as Alfie May, though his shot on goal also failed to find the back of the net as Tom Davies made Barrow’s second goal-line clearance of the first half.

Cheltneham striker, May returned to the starting line-up in place of George Lloyd, who suffered concussion during Saturday's victory at Exeter. Tom Chamberlain was also promoted to the bench as Charlie Raglan, Chris Clements, and Will Boyle all missed this one with respective injuries.

Second-half alterations were made by Duff, who chose to introduce Andy Williams and Alfie May on the hour mark, but despite reacting to Barrow's defensive resilience, it was the away side who’d strike once more.

A long throw-in on the 66th caught Cheltenham out at their own game, as Seán Long inadvertently turned the ball into his own net.

The hosts were unable to hit back at their opponents, but remain on top of the League Two table.

Cheltenham Town will return to the Jonny-Rocks Stadium on Saturday to host Salford City (kick-off 15:00).